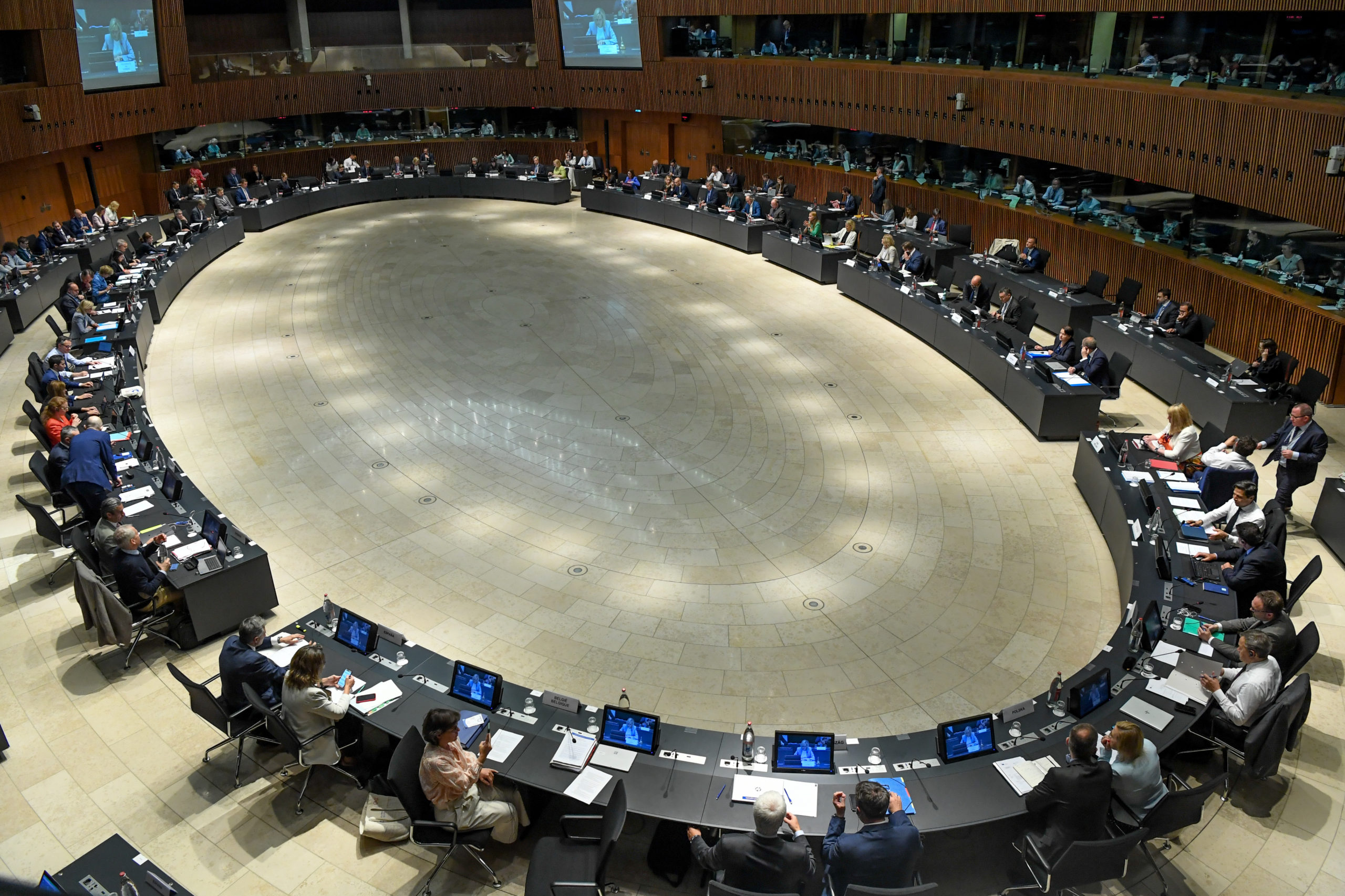 The upcoming days will prove crucial for the adoption of the ban on ICE sales for 2035 in Europe. Italy is taking a strong opposed stance, but most of the decision weight lies with the German delegation /European Union

All eyes are set on the European council, where the member states search to agree on a joint position after the European Parliament has voted in favor of a ban on the sales of combustion-engined cars as of 2035. However, the deadline could still be jeopardized. Major countries like Italy, France, and Germany support more lenient targets.

It’s no wonder countries with a strong automotive industry keep ringing the alarm bell on the parliamentary approval of phasing out the combustion engine over 13 years. At the Council of Ministers, member states must clarify their position so that the proposal can be amended and eventually turned into European law. But, unfortunately, there’s no unity yet.

A document leaked to news agency AFP unveils a plan where the Italian government pursues a 90% CO2 reduction by 2035 and a complete phase-out five years later, in 2040. However, the country believes the original deadline comes too soon.

The plan put forward by the parliament already featured a unique ‘Ferrari-amendment’, cutting some slack to sports car makers not producing more than 10 000 units annually. Still, that doesn’t suffice for the Italian government. Moreover, the country is far from isolated in its point of view and has found partnering member states in Portugal, Bulgaria, Romania, and Slovakia.

A bill can still be dropped if 35% of the represented population opposes it. With the countries mentioned above not adding up to that critical mass, Germany’s weight in the voting could prove crucial. If the country abstains, it would be interpreted as a ‘no’, meaning 40% of the European population is against the proposal.

The problem is that the German government has been zigzagging on its position because the Green party and the liberal party FDP have been quarreling on the role of e-fuels. The latter wants a green light for synthetic fuels used by cars and vans; the first wants them reserved for tractors, trucks, and emergency vehicles.

Analysts expect the German Minister to join the table with a compromise, adopting the 2035 ICE ban and allowing e-fuels as a solution for existing vehicles after the deadline. Without such a compromise, Germany has no choice but to abstain. The country will unveil its position today as the environmental Ministers of the member states meet in Brussels.

Macron as the conductor

To avoid sending the highly mediatized proposal back to the drawing board, it seems likely that such a compromise will need to be also found at a European level. That will be a task for France, holding the Presidency of the Council until the end of this month.

But the country led by Macron is also navigating an adopted course in fear of losing 100 000 jobs in its automotive industry by 2035, as calculated by La Plateforme Automobile (LPA). As one of the measures, the country wants a slower phasing-outs of hybrids.

Environmental lobbying group Transport and Environment (T&E) told AFP that it appeals to France to maintain the deadline of 2035, naming it “the first big sincerity test” of Macron’s climate plans.