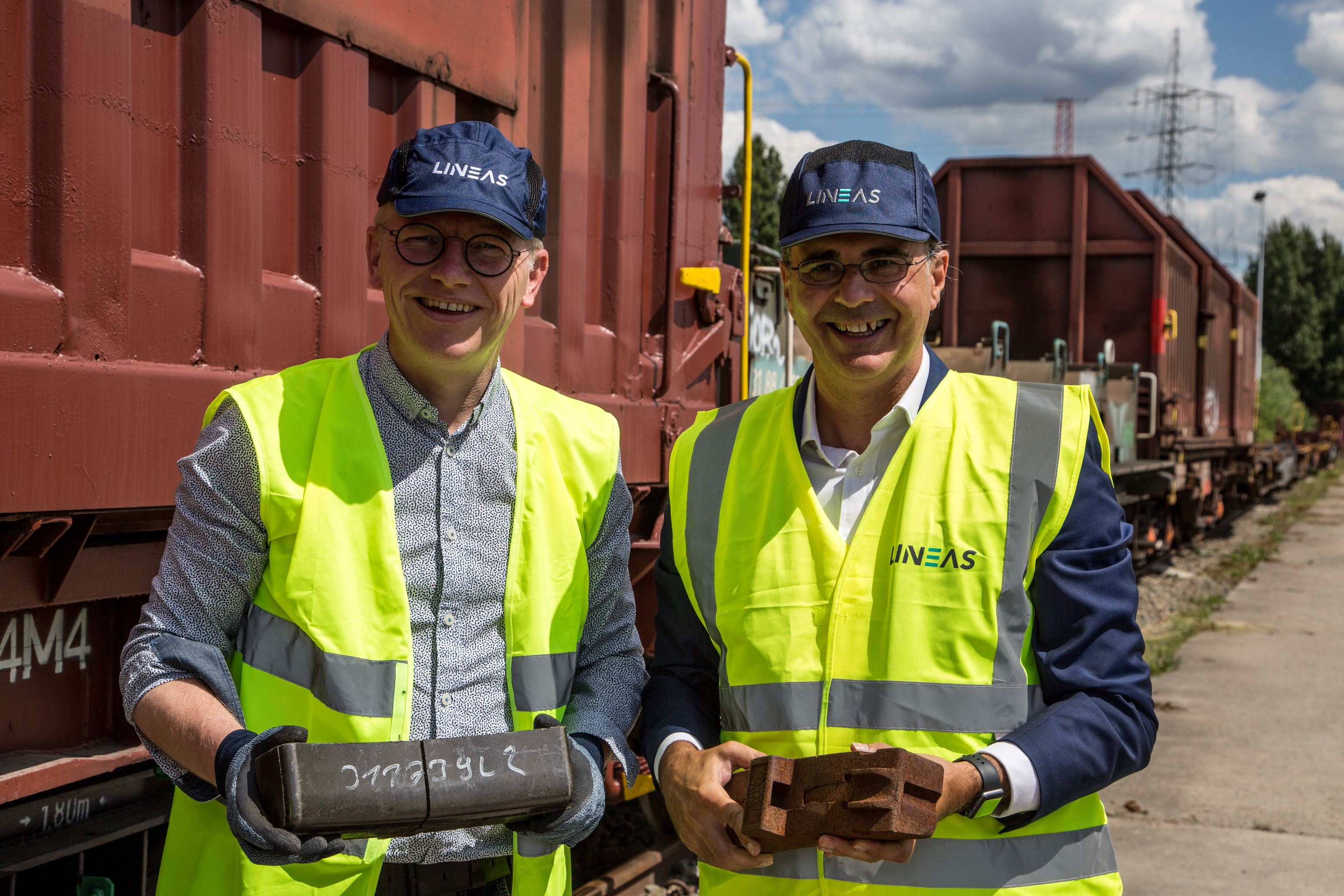 Rail freight company Lineas will fit more than 5 000 wagons with silent brake blocks with the support of the Belgian federal government. The investment of 2,18 million euros is part of the ‘Retrofit Project’ and should give rail freight a much-needed boost. The government’s ambition is to double the freight transported by rail by 2030.

In terms of noise pollution, that can count for something, especially in densely populated areas. In addition, the adaptation of the equipment guarantees a reduction of up to ten decibels, which means a decrease of half of the nuisance.

Trains consume, on average, six times less energy than trucks and emit 90% less CO2. This is, therefore, an essential asset in the climate strategy of companies.

Therefore, the demand for rail transport is ‘enormous’, says Bernard Gustin, the newly appointed Executive Chairman of Lineas. But the challenges are also enormous. For years, no investments were made, “but the catch-up has begun,” Gustin says to the Belga news agency.

Rail infrastructure manager Infrabel will have to add many more trains to its network. The fee Lineas must pay Infrabel for this can be reduced through subsidies. “Initially, this will require government investment,” Gustin believes. “That is also necessary to attract jobs or keep them here. But, in time, the support will no longer be necessary, when customers will be willing to pay a little more for the ecological option.”

The contract between Infrabel and the federal government has not been revised since 2008. “The train is the future of our mobility. We are revising that contract now; it will be ready this year,” promises Minister Gilkinet.

Too little freight transport by rail

A study by the University of Antwerp recently concluded that freight transport in Belgium – and by extension Europe – is still too little carried by rail. “The cause is mainly the high reliability and flexibility of road transport. In addition, there are numerous subsidies for road transport, which cost us billions every year. But, unfortunately, that remains silent,” says the report.

According to the researchers, there is also no level playing field. “Inland navigation in Belgium is a Flemish or Walloon competence; railways are federal. A blind bidding process is developing in which rail and inland navigation compete. The trucks will be the third party to take the bone.”

But there are other causes. Due to a lack of spatial planning in Belgium, many people live close to a railway. “Running heavy goods trains there at night would cause a high number of complaints,” transport economist Thierry Vanelslander says. “Moreover, the Belgian rail network is busy with passenger trains during the day.”

Equipping the wagons with quiet brake blocks is thus a first step in the right direction to ensure fewer complaints about transport with heavy freight trains at night. By 2022, Lineas will have equipped all its wagons with new, silent brakes.