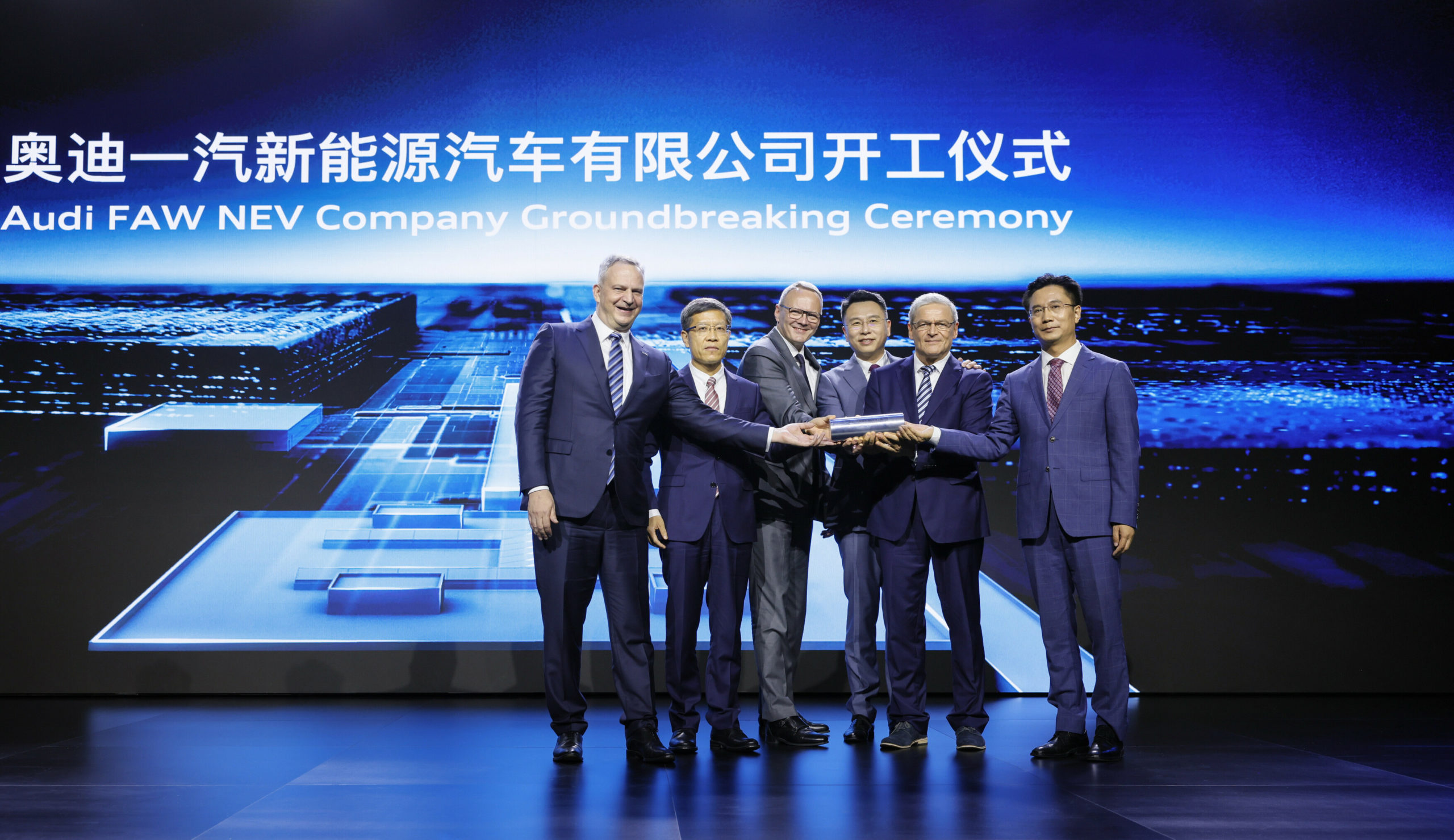 The first all-electric plant from Audi in China is a joint venture with state-owned FAW. It will build three models for the local market based on the PPE platform /Audi

Audi has started building its first plant dedicated to EVs in the Chinese metropolis Changchun, one of the largest automotive regions in the country. The site partners with state-owned carmaker FAW and will manufacture models based on the Premium Platform Electric (PPE) for the local market.

The new factory is built on 150 hectares and will be slightly bigger than Audi’s site in Neckarsulm, Germany. However, the entire value chain is almost present with a press shop, body shop, paint shop, a vehicle assembly line, and a battery assembly unit. Almost because manufacturing the battery cells isn’t done in-house.

Audi is investing 2,6 billion euros in the project. Construction is aided by 3D scanning, which is a first within the Volkswagen Group, and must help engineers at the headquarters in Ingolstadt to keep a close watch on progress made. In addition, the plant is announced as sustainable and smart, using a single IT architecture integrating manufacturing, logistics, and processing.

When the factory is ready by the end of 2024, the models to leave the assembly line are three cars based on the A6 and Q6 e-Tron series, the first ones on the PPE structure also shared by Porsche. The plant will serve the local market’s needs and has no intention of growing into a global hub.

As of January this year, foreign car makers are no longer forced to cooperate with a local partner for manufacturing in China. The ruling was already eased for EV production earlier, making Tesla’s Gigafactory in Shanghai a breakthrough plant in the country as the first in full hands of a foreign car maker.

However, Audi and FAW have an old partnership and assemble combustion-engined cars at two Chinese locations (also in Changchun and Foshan). The new agreement on building EVs together in the province of Jilin dates from October 2020.

The luxury marque from the VW Group projects that by 2025 one-third of its car sales in China will be electrified models. Audi-FAW NEV, the joint venture behind the new plant, plays a central role in materializing those plans.