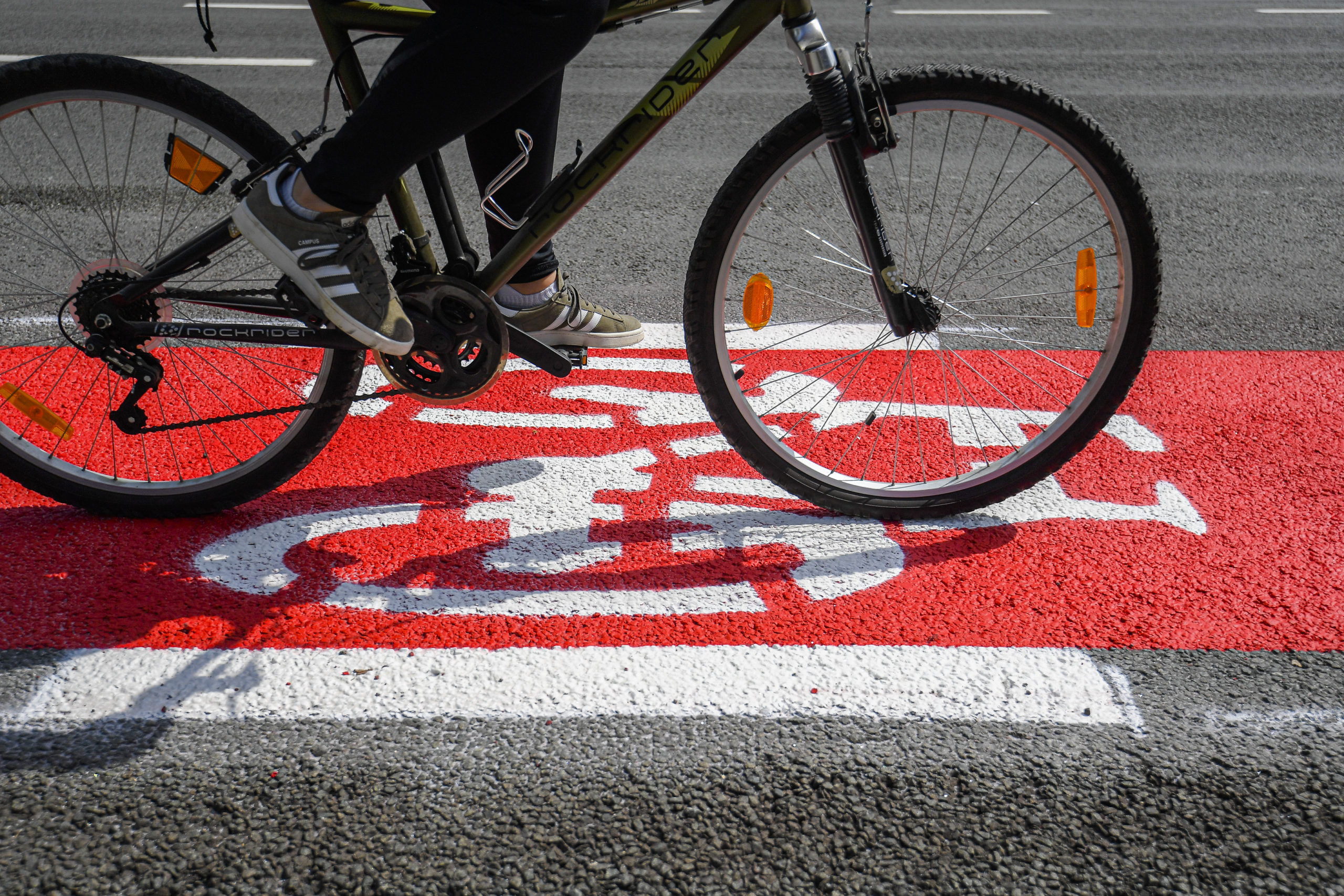 Secretary of State in charge of Economic Recovery, Thomas Dermine (PS) has €400 million out of the European recovery fund to spare for bicycle infrastructure /Belga

In total, 188 km of new cycle paths will be built in Belgium, costing 144,1 million euros. An extra 261,6 million euros will be spent on renovating 950 kilometers of tracks. This was announced by the Secretary of State in charge of Economic Recovery, Thomas Dermine (PS), on the occasion of the Tour de France’s passage through Belgium.

The budget for creating and renovating cycling infrastructure comes partly from the European funds granted under the recovery plan. The main objective of this 405, 7 million euros investment is to relieve traffic congestion in Brussels.

“We lose up to 1,5% of GDP because of the loss of productivity caused by traffic jams in Brussels. The bicycle is one of the oldest means of transport. Still, it is also the means that allows us to make the most effective ecological transition”, Dermine says in the French-language papers La Libre Belgique and La Dernière Heure.

Other routes will follow near Waterloo and Braine-l’Alleud. In Brussels, via the Beliris fund, the federal government will finance 15 km on the Veloplus network (sections to be determined), 6,5 km along Infrabel’s line 28 to link the North district of Anderlecht via the west of the city, and the Schuman roundabout will be completely redeveloped.

The latter investment includes the construction of at least 28 800 m² of cycling infrastructure and is due to be completed in June 2026.

“For a long time, we had the excuse that Wallonia and Brussels are very steep so that we couldn’t move forward,” says Thomas Dermine, inspired by the Danish model. “E-bikes offer a comfortable alternative. All levels of government must now play this game together. The bicycle is the means to achieve an effective ecological transition.”

Developing cycle routes is essentially a regional responsibility in Belgium, but the federal government can intervene in a series of sections and facilitate connections between the various projects. “There has been unprecedented coordination between the three regions and the federal government to give a boost to the cycling infrastructure around Brussels,” says Dermine, himself a cycling fan from a family of cyclists.