Uber Files: Macron under fire for his links with Uber 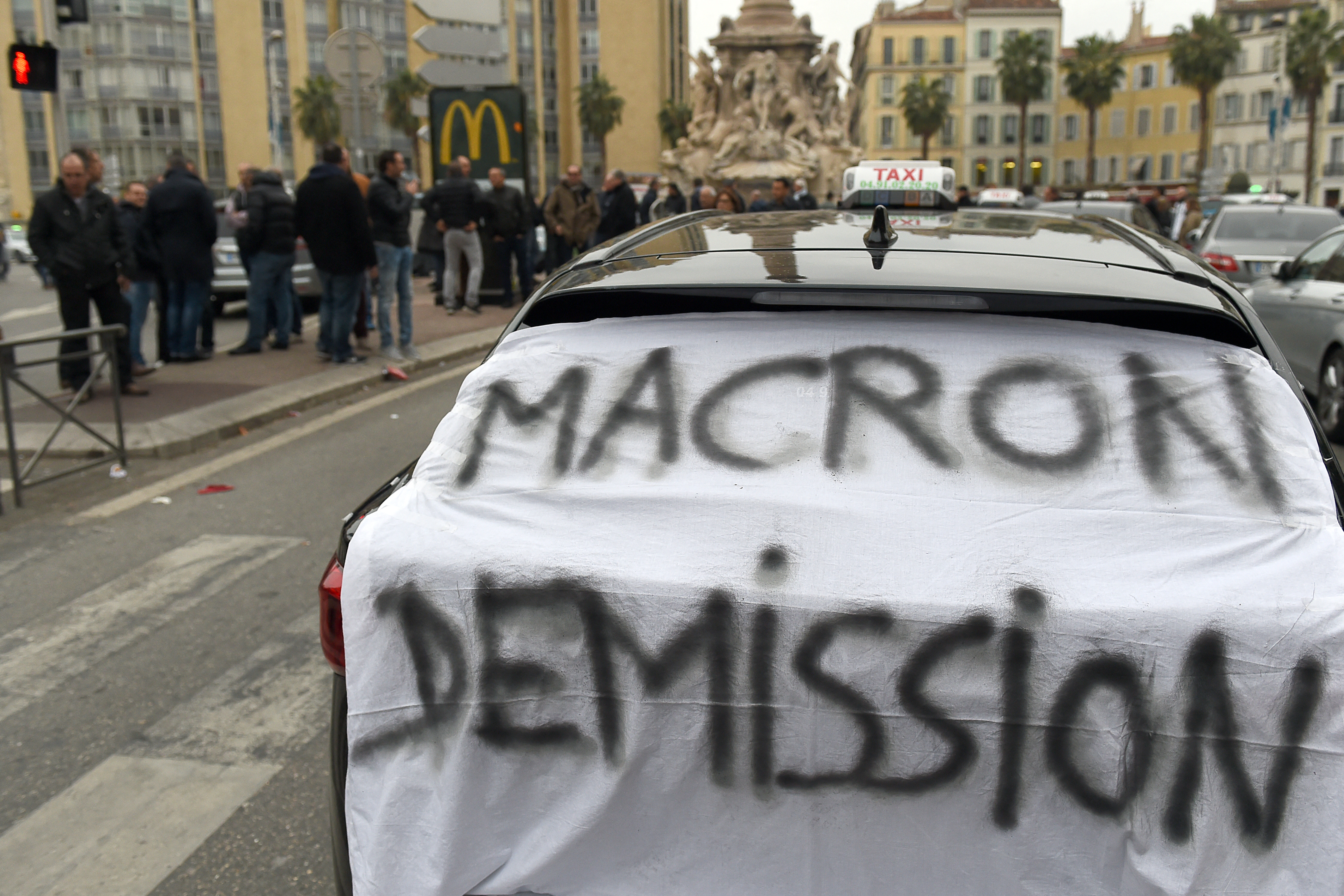 A banner calling for the resignation of French Economy Minister Emmanuel Macron, as seen in Marseille on January 27, 2016. Taxi drivers are angry at competition from taxi app company Uber and other non-licensed private hire cabs /Belga/AFP

Nearly two months after his re-election, the French opposition is summoning French president Emmanuel Macron to explain himself after the revelation by the press of privileged exchanges between Uber and Macron when he was at Bercy. The left-wing alliance Nupes wants a parliamentary commission of inquiry, while the far-right National Rally (Rassemblement National) is asking
This content has been archived. Log in or Subscribe to a level that has access to archived content.