Amsterdam may get largest green hydrogen plant in Europe 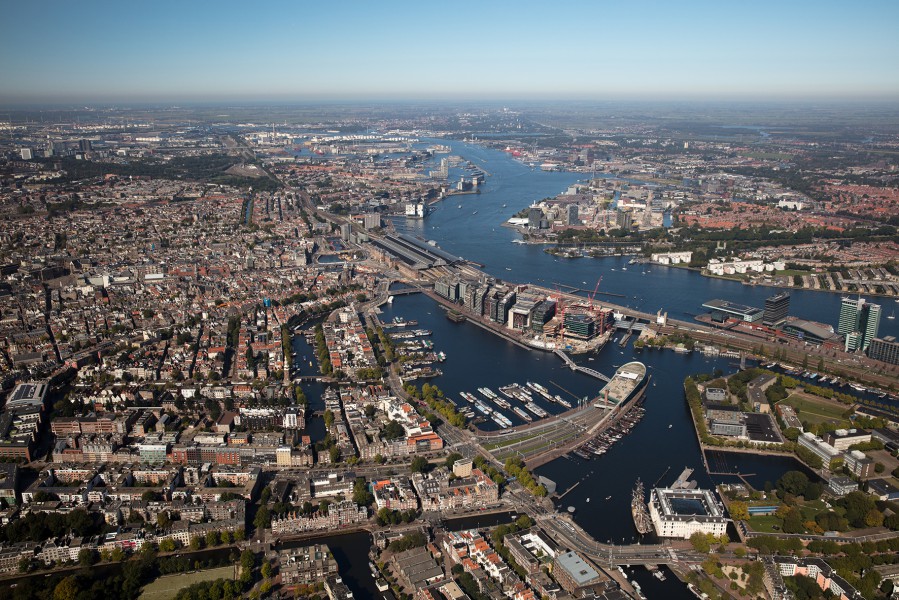 In a few years, the largest green hydrogen plant in Europe may be built in the port area of Amsterdam. Together with the Port of Amsterdam, the young company HyCC wants to develop a plant with a capacity of 500 megawatts in operation by 2027.

An initial feasibility study has been completed. The project, which represents a ‘big step’ in developing the hydrogen economy in the North Sea Canal area, will be further elaborated in the coming months.

Green hydrogen is an alternative to fossil fuels such as natural gas. Hydrogen is produced by electrolysis, water splitting into hydrogen and oxygen. No greenhouse gases are released if this is done using renewable energy, such as electricity from offshore wind farms. Besides reducing emissions, hydrogen can also help reduce dependence on Russian fossil fuels.

Shell previously announced plans for a 1 billion euros 200-megawatt hydrogen plant in the Second Maas plain in Rotterdam. In addition, it was recently announced that the Dutch cabinet is making 750 million euros available for developing a transport network for sustainably produced hydrogen. Like Belgium and Spain, the Netherlands hopes to play a pivotal role in the international market for green hydrogen.

Also plants in Rotterdam and IJmuiden

HyCC is already working with Port of Amsterdam and Tata Steel on the realization of a 100-megawatt hydrogen plant at the Tata Steel location in IJmuiden. Together with BP, it has also signed an agreement to further develop a 250-megawatt green hydrogen plant in the port area of Rotterdam.

HyCC is a joint venture between chemical company Nobian and Australian investment company Macquarie. Nobian is a spin-off from AkzoNobel, a Dutch multinational that creates paints and performance coatings for industry and consumers worldwide.

“From Nobian, we have a hundred years of experience in converting electrons into molecules,” says HyCC director Marcel Gale to the Dutch newspaper Het Parool. In addition, Nobian already has large electrolyzers in use to produce chlorine, caustic soda, and hydrogen, but from salt water.