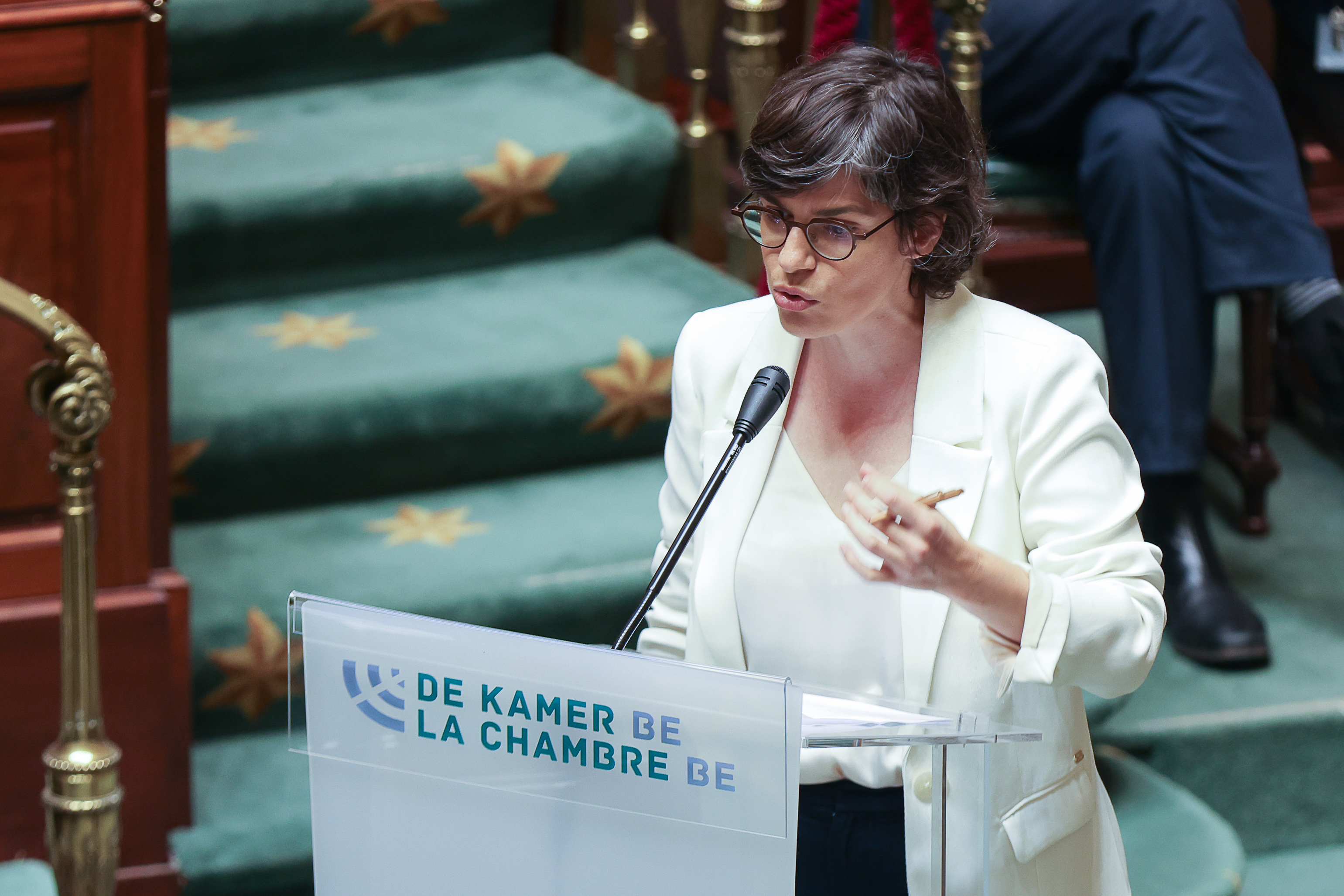 Despite opposition from coalition partner CD&V, Energy Minister Van der Straeten persists with her plan for a crisis contribution, a one-off excess profit tax for the energy sector / Belga

Belgian Energy Minister Tinne Van der Straeten (Groen) proposes to ask for a one-off crisis contribution from the energy sector amounting to 25% of excess profits. The details are now being worked out with Finance Minister Vincent Van Peteghem (CD&V) and will end up on the government table in the autumn as part of the budget talks.

But the proposal is currently being questioned by the government party CD&V. Their Chairman Sammy Mahdi reproaches the Minister with “announcement politics”. His party colleague and Minister of Finance, Vincent Van Peteghem, is not convinced by the proposal either. According to him, almost all experts say that it is legally and technically unfeasible, and the Minister would be better working by extending the distribution contribution.

Van der Straeten’s proposal is based on the Italian model, which levies a tax of 25% on the excess profits made from high energy prices. Specifically, the tax would be charged on the difference between the gross profit margin from 1 January to 31 December this year and the profit margin for the same period last year.

The tax would be calculated quarterly based on the VAT declaration, the reason Van der Straeten needs Van Peteghem for this, and would only be levied if the increase in a quarter was at least 100 000 euros in nominal terms and more than 10% in percentage terms. Both electricity and natural gas companies and petroleum traders fall within the scope of Van der Straeten’s proposal.

More than 2,4 billion in excess profits

The proposal is legally no sinecure, partly due to the contractual provisions that the previous government concluded with the operator of the nuclear power plants, Engie/Electrabel. Van der Straeten, therefore, asked the federal energy regulator CREG to objectify the file and received positive advice from the National Bank.

According to CREG figures, the nuclear reactors Doel 3 and 4 and Tihange 2 and 3 generated € 2,1 billion in excess profits this year. Of these, 38% is already taxed via the repartition contribution.

The gas plants account for € 342,3 million in excess profits. However, the offshore wind farms did not achieve any surpluses this year or last, and there is currently no data for the Doel 1 and 2 and Tihange 1 reactors.

CD&V president Sammy Mahdi, however, thinks Van der Straeten’s proposal is not feasible. “All the experts agree that it is unrealistic to impose an additional charge on Engie with a simple tax. (…) People expect their high energy bills to be tackled seriously and have nothing to gain from such an announcement policy,” he says.

Mahdi also does not appreciate that Finance Minister and CD&V Deputy Prime Minister Vincent Van Peteghem is being drawn into the bath. “The only one who can make Engie contribute more is Tinne Van der Straeten herself via the nuclear levy (repartition contribution, e.n.). To my knowledge, Groen still supplies the Minister of Energy.”

To put it in context, French energy company Engie operates the nuclear power plants in Belgium through Electrabel. Despite the previously planned nuclear exit in 2025, the current government has decided to keep the two youngest nuclear reactors, Doel 4 and Tihange 3, open longer.

Negotiations on this are now underway with Engie-Electrabel. The negotiations seem complicated. After all, Engie had already indicated on several occasions that the deadline for an extension had expired. Nevertheless, energy Minister Tinne Van der Straeten hopes to agree with Engie on this matter before the national holiday of 21 July.

“It is feasible,” Groen insists

Following his CD&V chairman Sammy Mahdi, Minister of Finance Vincent Van Peteghem also questions the proposal. According to almost all the experts, it is unfeasible from a legal-technical point of view, he said on Tuesday evening at the start of the meeting of the Inner Cabinet on pensions. That was also communicated during consultations with Van der Straeten’s services, Van Peteghem said.

The CD&V Deputy Prime Minister favors working through the existing annual nuclear levy or reparation contribution and possibly expanding it. According to Van der Straeten, however, that route is impossible because the government is “tied hand and foot” to contractual provisions that the previous government concluded with Engie/Electrabel. “Otherwise, we expose ourselves to claims for damages.”

Working through excess profits is legally feasible, Van der Straeten insists. “Other countries have shown that it is possible,” she says. Moreover, she emphasized that the CD&V fraction has already put this option on the table during debates in the Chamber.

Meanwhile, the new co-chairman of Groen, Jeremy Vaneeckhout, has also entered the discussion. “Minister Van der Straeten has worked hard on a serious proposal that is not legally evident but is nevertheless feasible. In Italy, they succeeded (…). It is possible here too, and we assume that our coalition partners are also keen to do everything they can to reduce energy bills,” he says.

A cabinet meeting on the issue is scheduled for Thursday. To be continued.