Flanders to invest another €45 million in cycling highways 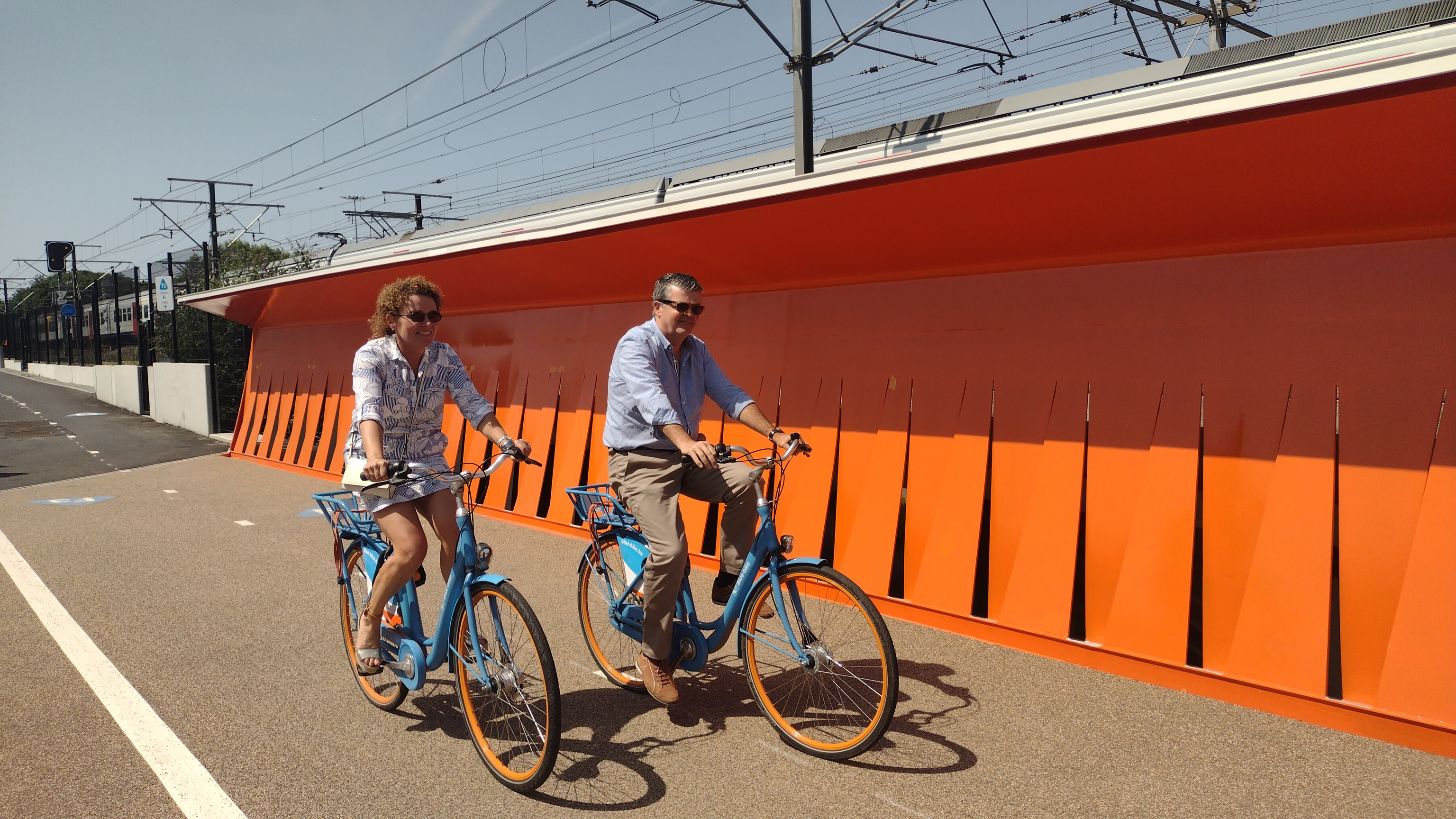 Flemish ministers Lydia Peeters and Bart Somers, respectively responsible for Mobility and Internal Governance, are giving the construction of cycling highways a boost with an additional investment of 45 million euros /Belga

The Flemish government will invest an extra 45 million euros in cycling highways. The money comes from the Relay Fund and is shifted within the Copenhagen Fund from the municipalities to the five Flemish provinces, which put the same amount on the table.

According to Open Vld ministers Lydia Peeters and Bart Somers, respectively responsible for Mobility and Internal Governance, there never has been so much invested in cycling infrastructure in Flanders. In this legislature, more than 1 billion euros will be invested in safe and comfortable bicycle infrastructure.

“We must continue to encourage this choice for the bicycle if we want the Flemish to exchange their cars for bicycles more often. Bicycle highways are the backbone of the functional bicycle network and play an important role in increasing the number of cycling trips, especially over long distances,” both ministers said when announcing the additional investment.

The Copenhagen Fund was set up in March last year by minster Somers and provides from the Flemish government 150 million euros to invest in cycling infrastructure, from the construction of more than 1 000 kilometers of new cycle paths to the upgrading of existing cycle paths. For every two euros that a local authority puts into cycling roads, the government contributes one euro.

Since the start of the fund, 127 towns and municipalities have submitted projects, amounting to 575 kilometers of cycling infrastructure, for a total of 141 million euros. 47 millions of this has come from Flemish funds. Because there is still some 100 million euros left of the initial fund of 150 million, the Flemish government is shifting 45 million euros of resources from the municipalities to the provinces.

The provincial governments contribute 45 million euros: for every euro that a province invests, Flanders co-finances one euro. Each province is entitled to nine million euros.

The provinces can submit projects by 15 November of this year. They may involve the construction of new cycling highways and structural maintenance or improvements. If there is any money left after the deadline, it will be decided what to do with it.

From now on, municipalities will no longer have to finance two euros themselves for every euro contributed by the Flemish government: one euro will suffice.

2 700 km of cycling highways mapped out

Both ministers emphasize that these are much-needed investments if you know that last year, in the corona year 2021, the automobile association VAB recorded an increase in bicycle use of no less than 77%.