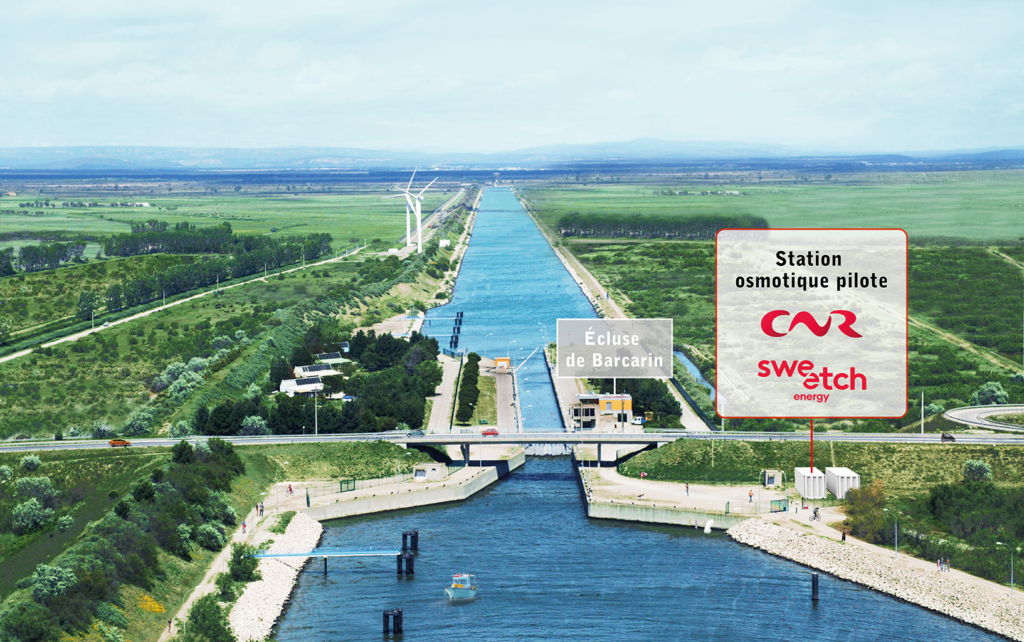 In Camargue, in the delta of the Rhone, an osmotic power plant will be implanted in 2023. The National Company of the Rhone (CNR), the leading French producer of 100% renewable energy, announced this on Tuesday.

Osmotic energy is generated naturally by the difference in salinity between the freshwater of rivers and the salt water of the sea when they meet, making it possible to produce entirely renewable electricity.

Osmosis is a process that has been known for decades but has never been used on a large scale because of its high cost. Norway inaugurated the first osmotic power plant prototype in 2009 with a capacity to generate 10 kW of electricity. However, the company Statkraft abandoned the technology in 2013, believing it to be too underdeveloped to become competitive in the near future.

Statkraft then filed the first patent for osmotic power membranes in 2003. The osmotic power plant prototype was subsequently constructed in 2008 at Tofte, in Norway.

But now France will get its first power station with a power of several tens of kilowatts in its experimental phase. The power station should be put into service at the end of 2023, at the Barcarin lock, in Port-Saint-Louis-du-Rhône, in the south of France, near Marseille.

The experiment, scheduled to last two years, will take place in a small-scale demonstrator, integrated into two containers, according to CNR and its partner, Sweetch Energy, a Brittany-based start-up that has developed a technology, INOD, which enables the creation of osmotic electricity at a lower cost.

In the INOD technology, the membrane generating the osmotic electricity is made from bio-based materials, reducing costs. “Performance is multiplied by twenty and membrane costs divided by ten,” said Frédéric Storck, director of energy transition and innovation at CNR, in an interview with local newspaper La Provence.

In concrete terms, a system of pipes and pumps will allow fresh and saltwater to be transported into the containers, which will house the osmotic generator that can mix and produce renewable energy. The water that circulates in the system will be returned in its entirety to the environment in a natural way.

In the long term, the power plant’s production capacity is estimated at around four terawatt hours (TWh) per year, twice the annual consumption of a city like Marseille (almost 862 000 inhabitants). The plant will represent an investment of nearly three million euros over the estimated two-year test period.

According to Frédéric Storck, the osmotic potential of the Rhône represents a third of the French potential, and osmotic electricity is “destined to expand internationally very quickly”.