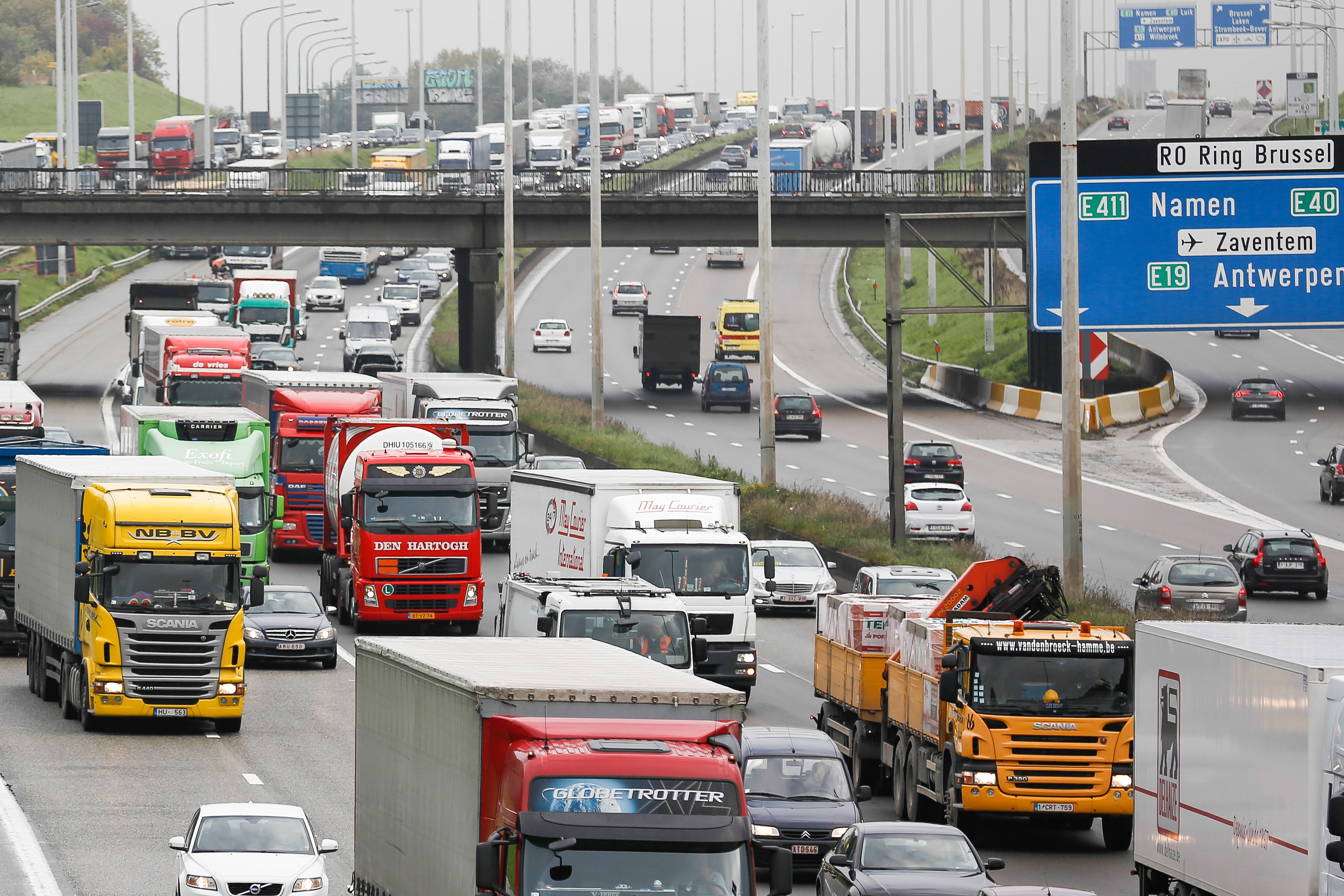 The Flemish government has finished a first draft for the redesign of the northern Brussels Ring Road. Possibly by 2030, the problems of structural traffic James will have been solved /Belga

The Flemish government has a design ready to reconstruct the northern part of the Brussels Ring Road. In Zaventem, the Ring Road will be given a parallel structure, where through traffic will be separated from local traffic. In Wemmel, a fourth lane will be added. In addition, the slip roads and exits will be relocated to prevent cut-through traffic.

“With these investments, we have reached out to the Brussels Capital Region. We invite them to work together constructively on this future mobility,” says Flemish Minister for Mobility and Public Works Lydia Peeters (Open Vld).

The Flemish government investigated three possible scenarios for redesigning the northern part of the Brussels Ring Road. It cut the knot a fortnight ago, but the decision was only announced last Friday.

The project, mapped out by the public agency De Werkvennootschap, also includes the removal of the Wemmel exit at Houba de Strooper. In addition, there are plans to build a complete interchange at Jette and Strombeek-Bever, including tunnels. More than 90 000 cars and 13 000 trucks pass through these sections daily.

According to Peeters, the new Ring Road will take up less space than it does today. Eighty-eight hectares of space would be freed up, and 60 ecological connections would be created along, over, and under the Ring. In addition, eight confined watercourses will be reopened. With thousands of cubic meters of extra water buffer capacity, the surrounding area is better protected during heavy rainfall.

“With the ‘Working on the Ring’ project, we are preparing the Ring around Brussels for the future,” says minister Lydia Peeters. “We are investing in better traffic flow, more traffic safety, green areas, and ecological connections, as well as more opportunities for sustainable travel by creating new public transport connections and cycle highways.

“We provide 1 billion euros for high-quality public transport and more than 115 km of safe and comfortable cycle paths and cycle highways, even before the major works begin.”

After summer, an advisory round will be launched. Then, all authorities involved can give their advice. Subsequently, the spatial implementation plan will be determined provisionally. After that, there will be a public survey in which residents and organizations can make their comments.

According to the Brussels news channel Bruzz, the party of the Brussels Minister for Mobility, through the voice of regional deputy Arnaud Verstraete (Groen), has already expressed its criticism of the project and a widening of the Brussels Ring Road. “The increase in the number of lanes leads to an increase in traffic, queues, and air pollution,” is the verdict.

“We have noticed there is a taboo on discussing how we can tackle the cause of traffic jams,” says Verstraete. “We are talking about switching to other modes of transport, the ‘modal shift’, but also about a kilometer tax, which, for the time being, seems unmentionable in Flanders.”

Brussels and Flanders have agreed to resume the consultations after the summer recess. The permit for the work on the northern part of the Brussels Ring Road could be submitted next year, with construction expected to start in 2025. The development will take at least five years.