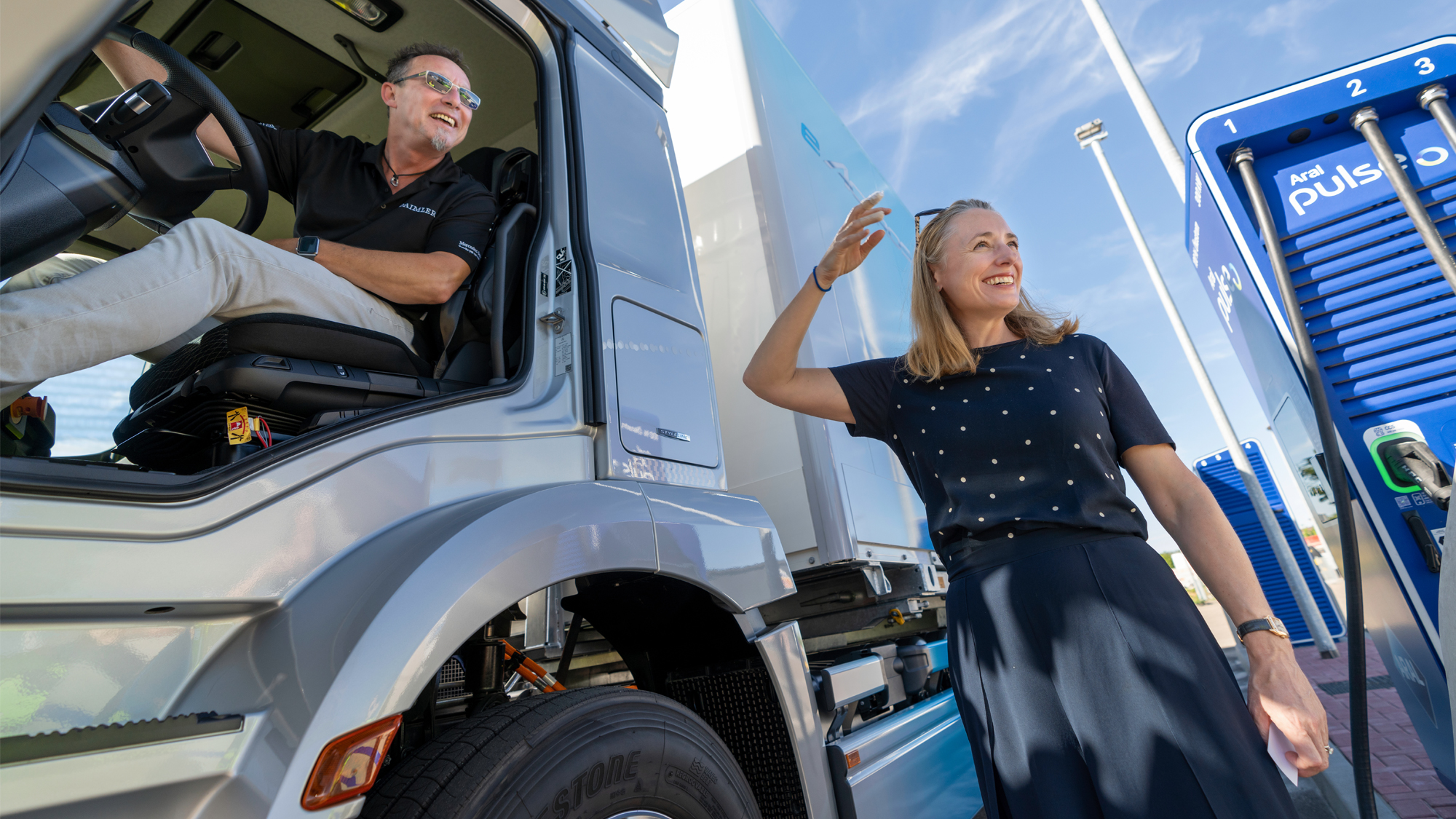 Next to a fuel station from its sister brand Aral, BP has inaugurated its first charging station for battery-powered heavy trucks. The chargers are located in Schwegenheim, Germany, and are the first step toward more powerful stations.

Electric trucks can only become viable if the charging stalls are powerful enough to reduce downtime to a minimum. Those in Schwegenheim, in Rhineland-Palatinate, are CCS2 type capable of fast-charging at 300 kW. For a typical electric truck, this translates into a waiting time of 45 minutes to recuperate a range of 150 to 200 kilometers.

Executive vice-president, customer and products, Emma Delaney, commented: “Schwegenheim is a perfect example of what the industry needs – ultra-fast charging with safe charging bays for trucks, close to strategic road networks, and a place where drivers can take a break and refresh with food and drinks.”

BP also underlines the need to decarbonize this sector, “where, according to the IEA, tailpipe CO2 emissions have increased on average 2,2% annually since 2000.”

Its first live and open facility for electric freighters differs from those for passenger cars with its pull-through layout, dismissing the heavy trucks from maneuvering into a dedicated spot. After leaving the highway, the truck can park in a straight line alongside the station and immediately pull off when the filling time is completed.

The two chargers complement the more than 850 charging points for cars and vans that Aral has already installed across its network in Germany, where currently some 1 000 battery-powered trucks are on the road. This number is expected to reach more than 150 000 by the end of the decade, according to ACEA.

By then, it is expected that trucks will be easily capable of recharging at 1 MW of power, made possible by the upcoming Megawatt Charging System (MCS). The association CharIN, dedicated to the worldwide promotion of the CCS interface, has already launched a prototype connector for this purpose capable of peaks of no less than 3,75 MW.

BP partnered with Daimler Truck to implement the charging station in Schwegenheim. The latter opened its propriety charging park for electric trucks last Friday in Wörth.

However, this is not a commercial site, but a showcase facility demonstrating different charging concepts from several manufacturers to potential customers for the two battery-powered trucks Mercedes has on offer: the eActros and the eEconic. The highest output at this site is 300 kW.