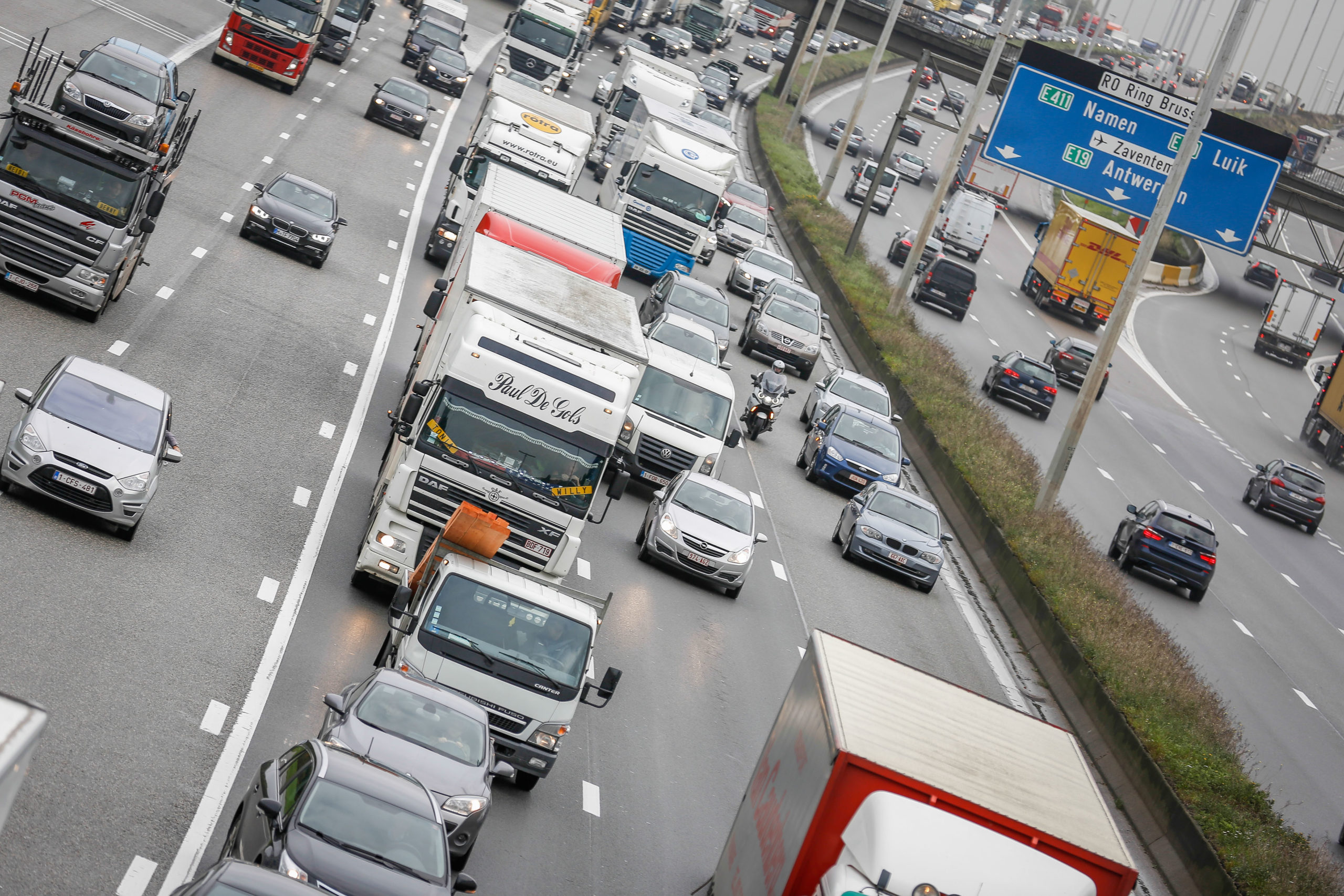 Brussels Minister for Mobility, Elke Van den Brandt, is not in favor of the Flemish plans to widen the Brussels Ring Road /Belga

Brussels Minister of Mobility Elke Van den Brandt (Groen) is not in favor of increasing the number of lanes on the Brussels Ring Road. She is reacting to the plans of the Flemish government presented last week.

Van den Brandt does advocate more bicycle and tram connections to Brussels. According to her spokesperson, increasing the number of lanes on the Ring Road “will create extra car traffic, and the situation will eventually grind to a halt again.”

Flemish Mobility Minister Lydia Peeters (Open Vld) announced last week that the Flemish government had decided on the reconstruction of the northern part of the Brussels Ring Road.

In Zaventem, this will be given a parallel structure, separating through traffic from local traffic. A fourth lane will be added in Wemmel, where the Ring passes through Brussels territory. The slip roads and exits will also be relocated to prevent cut-through traffic.

Brussels Minister for Mobility Elke Van den Brandt now announces through her spokesperson that she does not consider increasing the number of lanes on the Ring Road worthwhile “because that will create extra car traffic and the situation will eventually grind to a halt again.” The cabinet also states that it was not involved in Minister Peeters’s communication.

The political party Groen already took action in June 2021 in Wemmel (Flemish Brabant) against widening the Ring Road around Brussels. “A wider ring road will simply attract more car traffic in the long run,” was the verdict at the time.

Mayor of Jette also against widening

The Brussels Ring Road runs through the three Belgian regions. Moreover, slip roads and exits of the highway ring can only be closed or made unusable after consultation between the regions. And that is where the shoe pinches.

In the plans of the Flemish government, there will be an extra lane near Wemmel, while exit 8 (Wemmel) will be closed. Instead, exit 9 (Jette) will become a complete slip road/exit complex. Flanders talks about “optimizing” the traffic flow. According to their simulations, heavy traffic will thus pass less frequently through residential areas.

But the plans for exit 9 are on the territory of Jette and the Brussels Region, so consultation between the Regions is needed. According to news site Bruzz, the mayor of Jette, Claire Vandevivere (LB-Les Engagés ), is also against widening the Ring Road.

Consultations after the summer

The Brussels government gave a detailed opinion on the current plans in July 2021. Van den Brandt favors more bicycle and tram connections to Brussels. “If there are new proposals, we will, of course, look at them. It was agreed to resume consultation after the recess,” the spokesperson says.

After the summer, a consultation round about the plans of the Flemish government will be held. Then, the bodies involved can give their advice. Subsequently, the spatial implementation plan will be determined provisionally. After that, there will be a public inquiry in which residents and organizations can make their comments.

In a reaction in the newspaper De Standaard, Marijn Struyf of De Werkvennootschap, the Flemish organization responsible for complex mobility projects, does not deny that a wider road has a suction effect. “But the traffic jams have a lot to do with local traffic that only takes a small stretch of the Ring Road. We don’t want to create any new journeys, but we want to free up more space on the Ring Road for local traffic to eliminate the cut-throat traffic in the residential areas.”