Two out of three Flemish municipalities have ‘bicycle streets’ 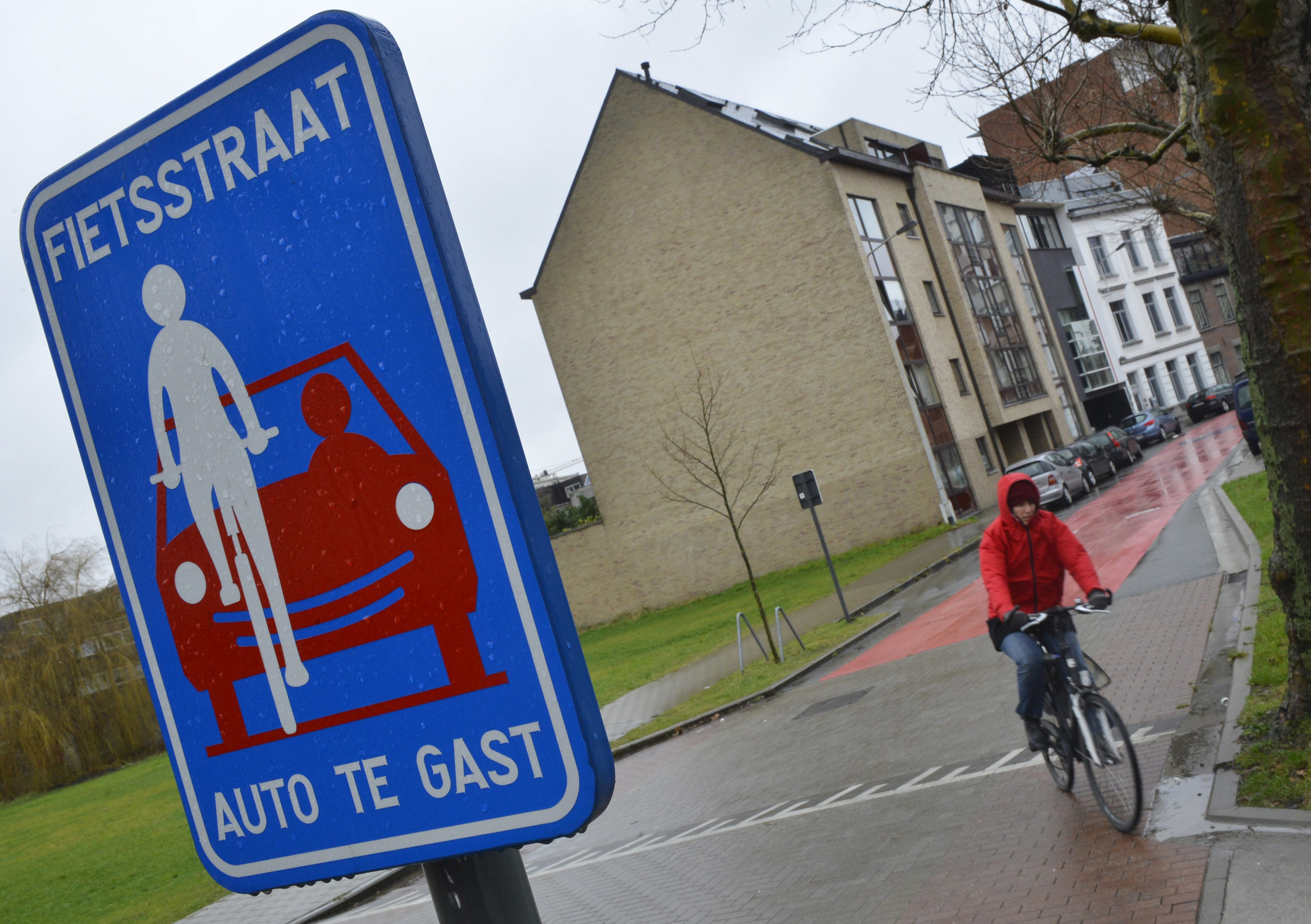 Ten years after the start, two out of three Flemish municipalities and towns have a bicycle street, as seen here in Ghent /Belga

In 198 of the 300 Flemish municipalities and cities, there is at least one ‘bicycle street’. This is what Flemish Minister of Mobility, Lydia Peeters (Open Vld), announced.

The concept, by which local authorities give extra visibility and space to cyclists, was made legal ten years ago after it had been tested in 2011 in the Ghent Fisheries. In a bicycle street, a maximum speed of 30 km/h applies, and motorized traffic may not overtake bicycle traffic.

According to Bicycle Council Flanders (Fietsberaad Vlaanderen), based on data from OpenStreetMap, there are a total of 619 km in Flanders, compared to 27 km in Brussels, and 23 km in Wallonia.

Increase in capacity and safety

On 1 July last year, 177 cities and municipalities had one or more bicycle streets. One year later, there are already 198. Peeters calls this “a good thing”.

“Both a bicycle street and a bicycle zone ensure that bicycle traffic can take up a central place on the roadway,” adds Peeters. “This makes the cyclist an active and highly visible road user. It is a measure that increases capacity and safety for cyclists and can thus encourage people to take the bike to work, school, or the shop.”

With almost 30 km of bicycle street, Leuven is the leader, followed by Mechelen (25 km), and Deinze (19 km). In the province of Antwerp, where the busy Turnhoutsebaan has recently become a bicycle street, 82% of the municipalities have at least one bicycle street, in East Flanders, 65%, followed by Flemish Brabant (62%), West-Flanders (59%), and Limburg (55%).

More and more cities are also introducing the 30 km/h zone. However, despite pressure from some political parties, Minister Peeters is not in favor of a 30 zone generalization.