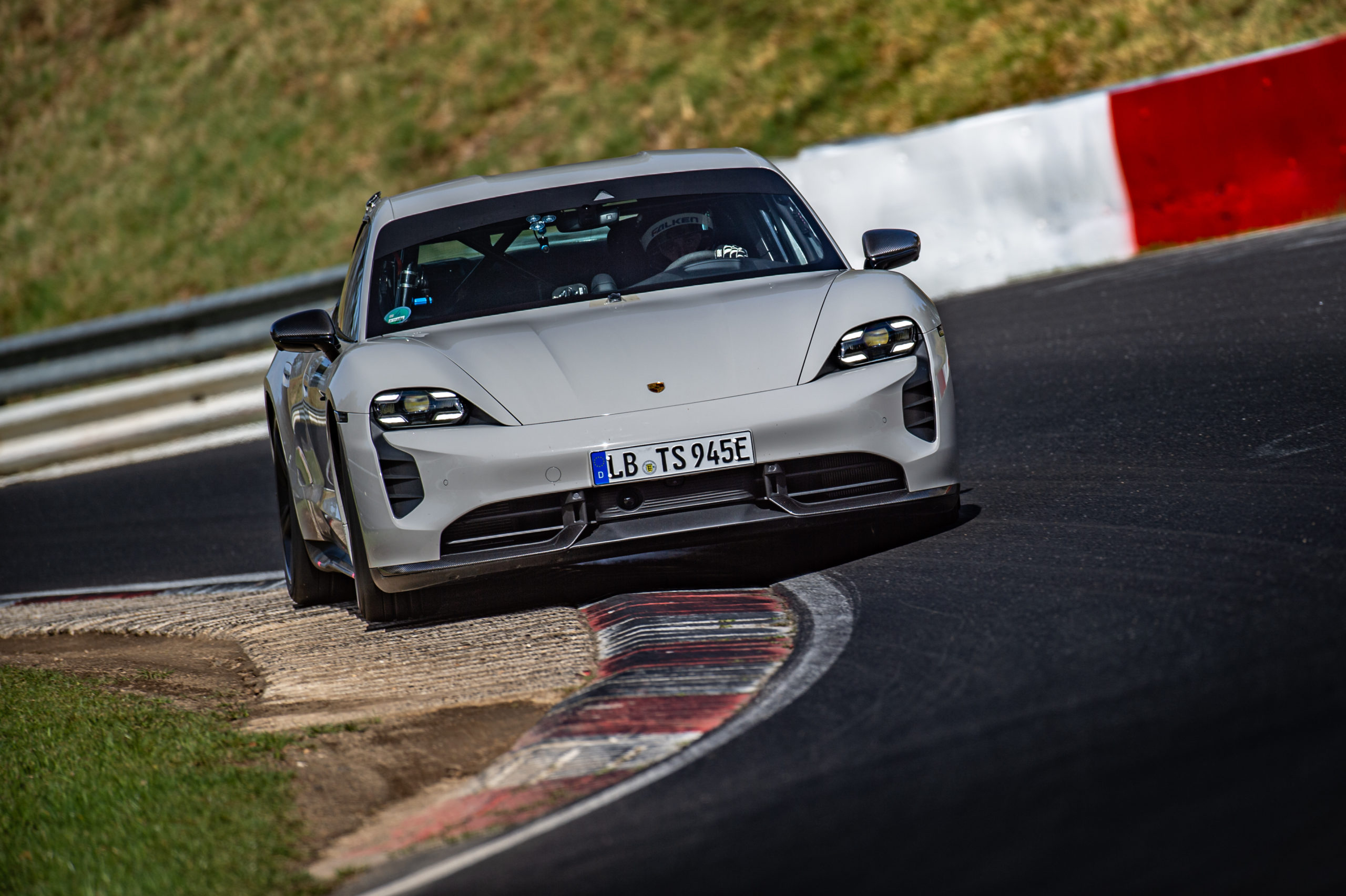 With factory driver Lars Kern at the wheel, Porsche took its crown back from Tesla as the builder of the fastest electric production car at the Nürburgring /Porsche

Factory driver Lars Kern put the Taycan Turbo S through its pace on the 20,8 kilometers long track, the distance reserved for closed sessions.

In other words: street legal racing wheels. In addition, an updated version of the Porsche 4D Chassis Control, monitoring in real-time the chassis and adapting it accordingly, also made its debut. But as for power, the Turbo S stuck to its usual output of 761 hp (under boost).

Kern, a multiple record holder at the Nürburgring, commented that the clocked chrono of 7:33 “was long reserved for supercars”, hinting at how technical evolutions are bridging the gap between electric and combustion-engined racing cars. Bear in mind, however, that a regular, gas-powered Porsche 911 Carrera S clocks the Green Hell in 7:30.

With his new lap time, Kern hands the trophy back to the Taycan Turbo, which set the record at 7:42 (without the ‘S’ in his name) to underpin the launch of the version and empower Porsche’s sports car credentials in the wake of electrification.

But the tables turned. Last year, at the beginning of September, Tesla arrived at the world-famous track, beating Porsche in its backyard with a 1.020 hp Model S Plaid setting a blistering 7:35.579.

Things tend to get hot when records get attacked. Elon Musk hastily tweeted that day that his car completed the ring in a blistering 7:30.909 beating the Taycan by more than ten seconds.

In the days after, it turned out that was a timing on the shorter track of 20,6 kilometers or the old homologation method. Still, Tesla beat the famed German brand with a smaller margin.

Will there come a rematch now that the Model S Plaid has been officially launched in Europe?

Until then, there’s no arguing. A solicitor registered Porsche’s record, validating it officially for the title of fastest electric production car on the Nürburgring. Currently, the Tequipment Performance kit is only available in German showrooms, but Porsche will also roll it out in other European markets by the end of the year. Hopefully, by then, Tesla didn’t take that new shot with a Plaid.