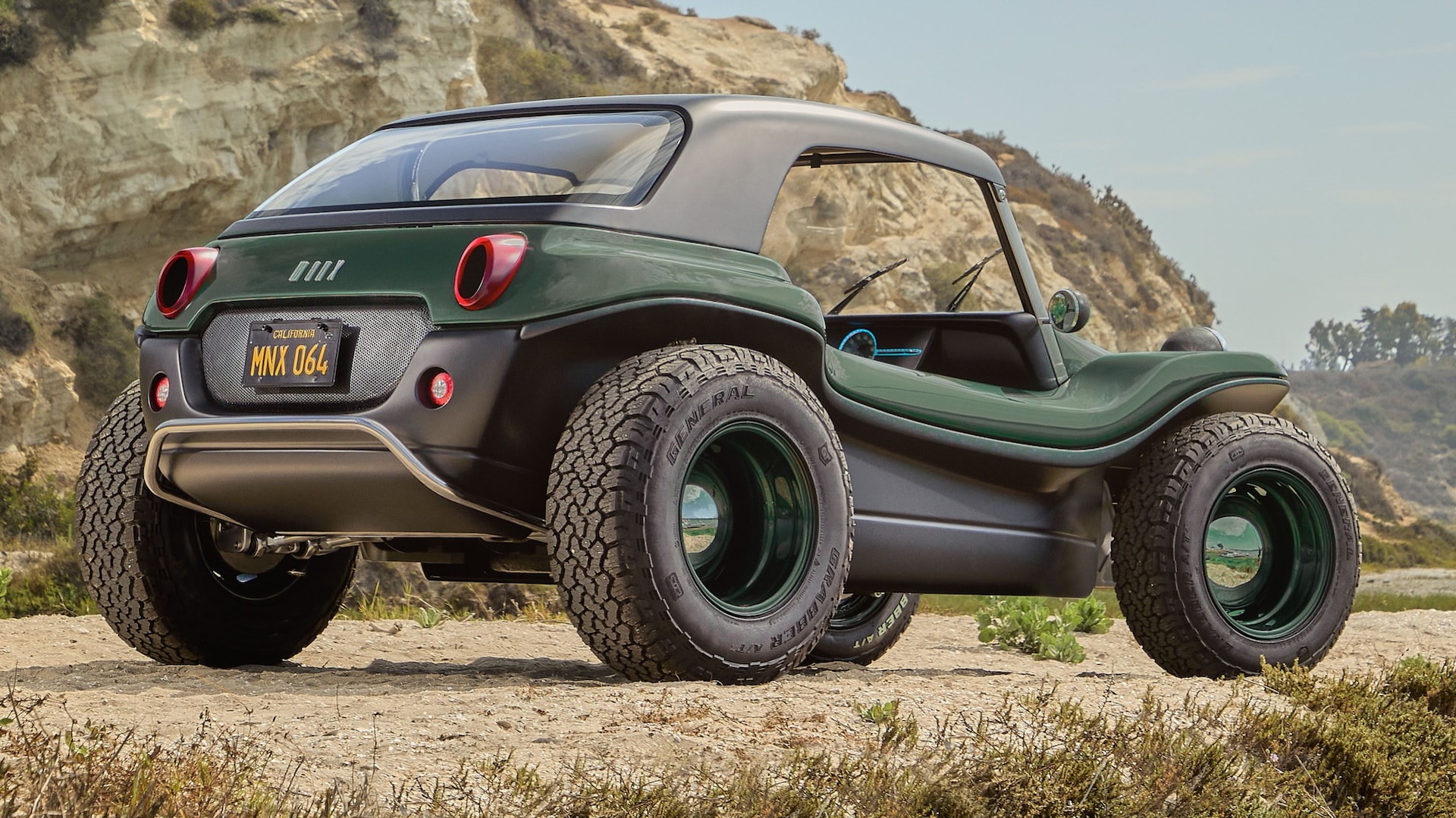 The new Meyers Manx is fully electric. From its rather small battery of 40kWh it draws a range of no less than 480 kilometers on sandy shores. /Meyers

Fans of Starsky and Hutch, the movie Helter Skelter, or Jay Leno’s Garage immediately recognize this cuddly strand buggy. The good news is that the beach buggy Meyers Manx has been revived. The frog looks remain, but as for the driveline, this is a whole new ‘electric animal’.

Officially called Meyers Manx 2.0, this little offroader reminds of the original but adds a more modern cloth. It features retro-styled led lights and several details in the interior reminding of the Volkswagen Beetle.

No coincidence, since its forefather was based on that German car, and this 2.0 model has been styled by none other than Freeman Thomas, aka the designer of the Volkswagen New Beetle.

As a child of its time, the Meyers Manx, made from aluminum, has turned to charging stations (not many of them on a beach, though). A 40kWh battery makes it a zero-emission buggy. Its high autonomy of 480 kilometers is attributed to its low weight of only 750 kg, and a fast recharge at 60 kW gives it back all its flair in roughly 45 minutes.

Meyers also plans a smaller battery pack of 20 kWh and a range of 240 kilometers. Its market introduction is scheduled for 2024, but crossing the Atlantic to woo European beachgoers seems very unlikely.

The spiritual father of the Manx, Bruce Meyers, is no longer alive to witness the zero-emission rebirth of his coveted car. But the American entrepreneur had already sold his business in 2020, after resurrecting it in 2000.

Star of the sixties

The original Manx was a star of the sixties and thus based on the underpinnings and the technology of the Volkswagen Beetle. You could regard it as a kit car; in that way, Meyers paved the way for many other conversion companies that appeared in the States. However, Meyers had enough in the seventies and closed down his business to give it a second breath thirty years later.

Interestingly, Volkswagen presented its take on an electric buggy at the Geneva International Motorshow in 2019. The carmaker seriously considered bringing the ID. Buggy to the production halls but abandoned the idea subsequently as it could not match its large-scale operations with the limited production run. 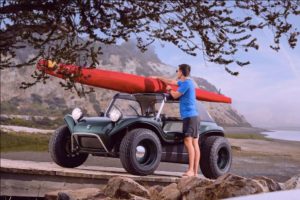 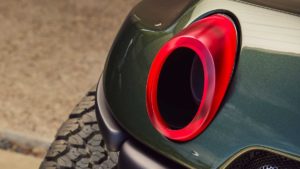 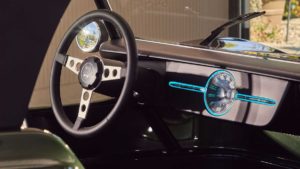 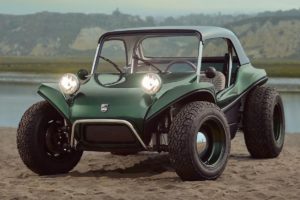