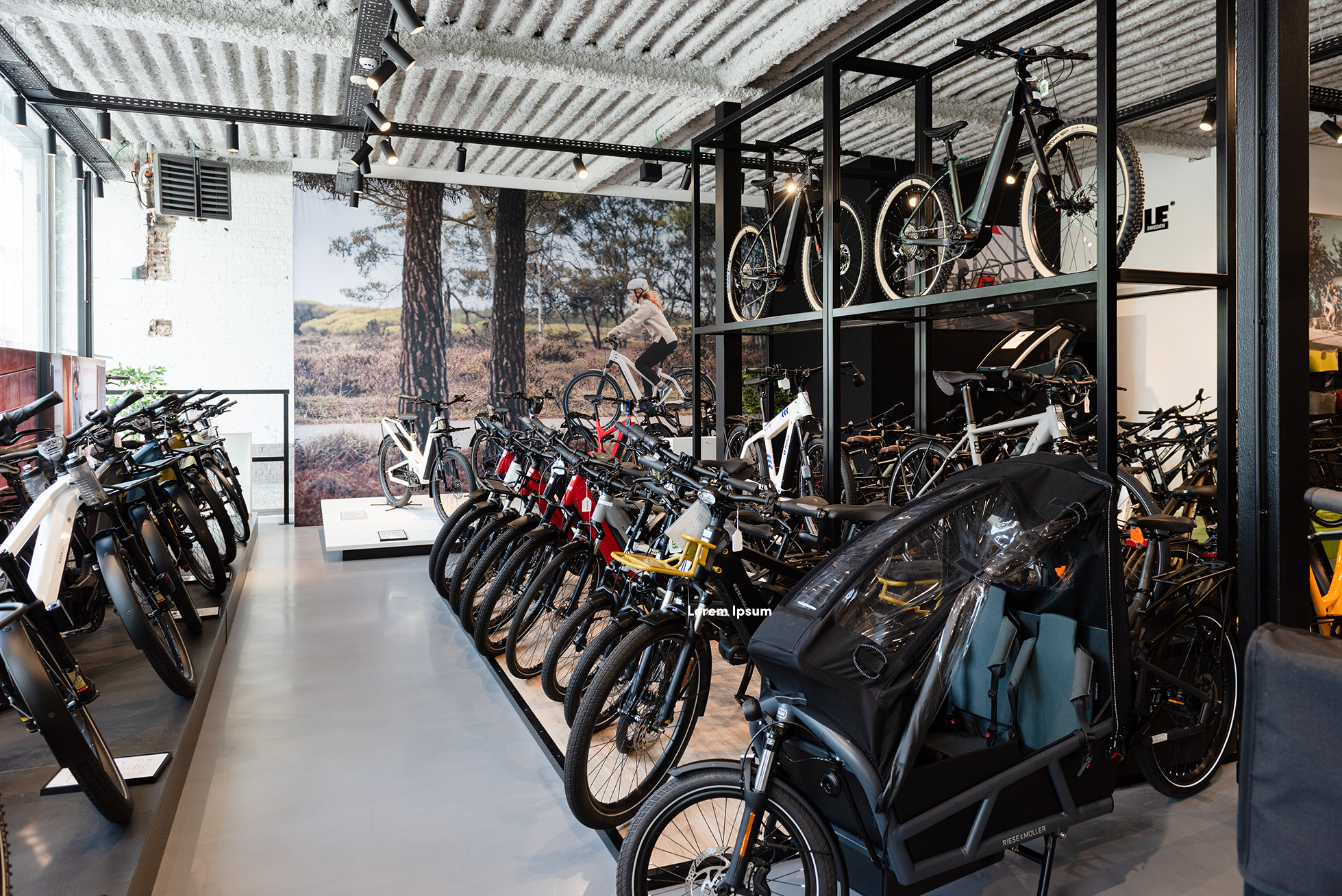 Bike Republic, a Colruyt subsidiary, opened its first branch in Brussels on Wednesday. In time, it wants to become the reference for bicycles in Belgium /Bike Republic

Bike Republic, the bicycle chain of Colruyt Group, has taken over the first shop in Brussels, IMP Bike in Evere. The take-over fits in with the chain’s plan to become the reference in the Belgian (e-)bike market, with 50 to 60 shops in Belgium.

Currently, Bike Republic is mainly active in Flanders. With the take-over, it also gets an entry point in the French-speaking market.

Colruyt Group, a retailer with a strong focus on durable energy and mobility, took a majority stake in the bike chain Fiets! in 2019, which was renamed Bike Republic in 2021, with the idea of also expanding further into Wallonia and Brussels.

But it has upped its ambitions: whereas in the beginning, the plan was for 13 shops, it is now aiming for 50 to 60. The opening of the shop in Evere, “one of the largest and most respected bicycle shops in Brussels housed in a former BMW garage”, it says in the press release, is, therefore, a milestone, says Bike Republic director Wim Teerlynck.

“The last few years, a lot has been happening in the field of bicycle infrastructure in our capital, making it gradually safer and more pleasant to cycle there. As ‘compagnon de route’, we believe that we, too, have a role to play in developing more sustainable mobility in Brussels,” he says. Plus: Brussels is also an interesting market for cargo bikes.

“Certainly with the new circulation plan in Brussels, companies are looking for new ways to get goods and services to the people. We are going to capitalize on that in the future; we have the expertise and the bikes for that,” says Teerlynck.

‘The reference’ in the Belgian market

In general, Bike Republic wants to focus more on B2B: companies can buy or lease bicycles, but Bike Republic also offers a bicycle plan or repairs bicycles on-site. The aim is to eventually obtain 40 to 45% of the turnover through B2B, which is 25% today.

In its strategy, it does not target entry-level bikes. They have their own range of top brands first, such as Bulls, Trek, Riese & Müller, Brompton, Urban Arrows, Kettler, and Dolly. Next to that, they also have their own brand, called ‘Hiron’, whose bikes are equipped with quality components such as Bosch motors.

In the Xtra-app, which is also used in the other Colruyt shops, a maintenance appointment can be made. If desired, bike repairmen can visit you at home or at work.

Bike Republic has a strategic stock of more than 10 000 bicycles, including 7 000 e-bikes. “This gives us a strong offering in all segments,” says Dieter Struye, general manager of non-food at Colruyt. And finding enough technical staff – a bottleneck profession – is less of a challenge for a group like Colruyt than for small businesses.

For example, Colruyt Group has its own Bike Academy where Bike Republic staff receive training, but Colruyt can also transform the technicians already present into bicycle technicians.

Bike Republic wants to become the reference in the Belgian bicycle market, an ambition that D’Ieteren also has with Lucien. The sales and after-sales chain recently bought itself into the profitable B2B bicycle leasing market through its Lab Box daughter, investing one million euros to gain a majority part in Belgian Joule. By 2025, D’Ieteren, which currently has nine bicycle shops, aims to have 25 shops and a turnover of at least 100 million euros.

Today, Belgium has approximately 1 700 bicycle shops, of which only 60 have more than five employees. The sector is, therefore, very fragmented. The fact that small shops are joining chains is a natural evolution, says Guy Crab, secretary-general for the bicycle department of professional association Traxio to press agency Belga.

“Many small shops have too little cars flow and then choose either to focus on specific aspects or to join larger chains.” Those cash problems are even bigger today than they used to be, Guy Crab says, because products must be ordered longer in advance – up to two years – due while the market is struggling with supply problems. “But there is room for everyone, and there will always be room for local dealers.”

Today, Bike Republic has 25 shops, 24 of which are in Flanders, with 170 employees, which makes it at present the largest bicycle retailer in Belgium. On 1 September, two more shops will be added through the take-over of Cycle in Aalst and Ninove.

The chain also wants to set foot in Wallonia but does not want to proceed in haste. “We first want to take the time to investigate the market, which is again very different from that in Flanders and Brussels,” says Dieter Struye.