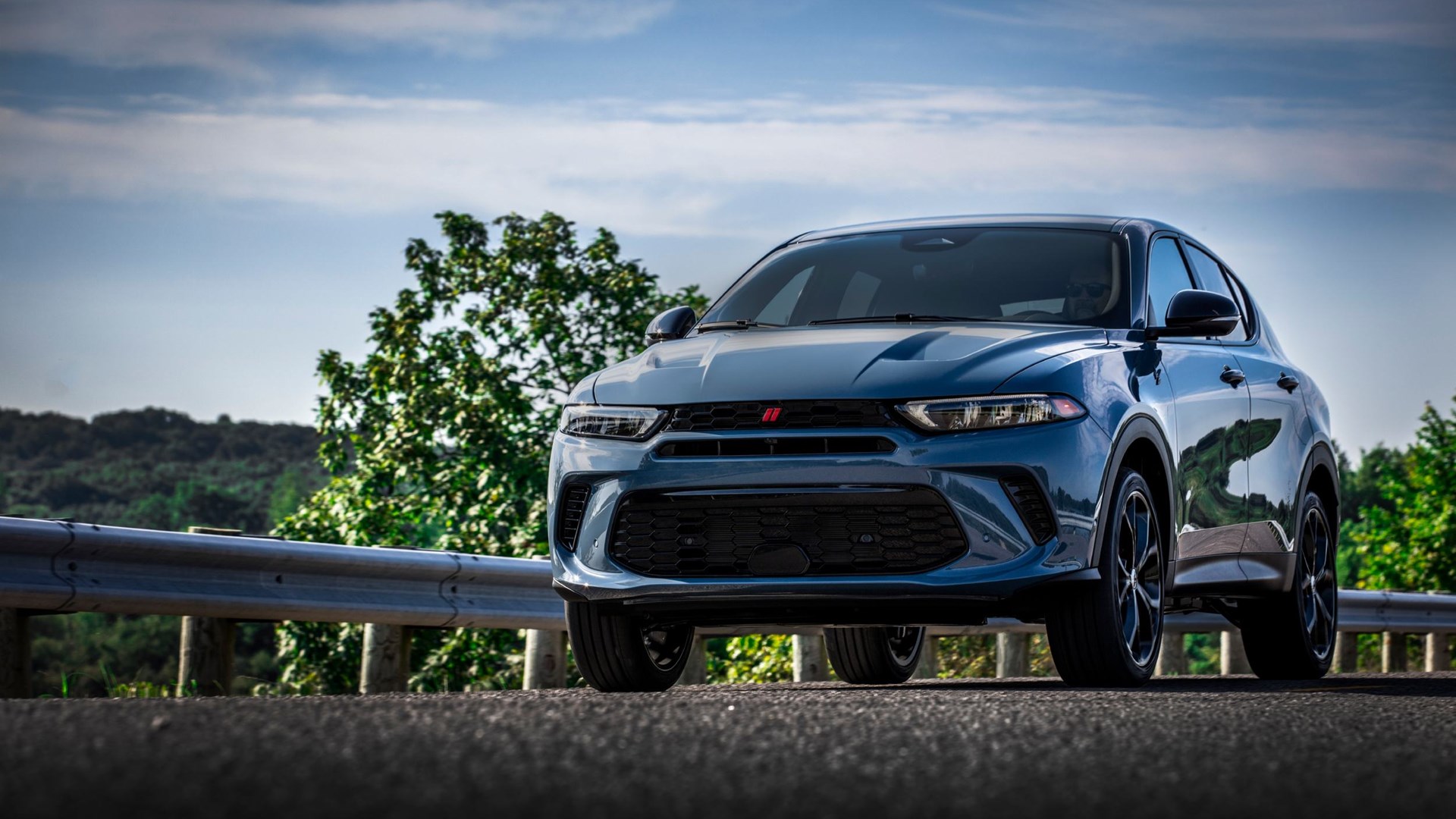 The plug-in hybrid version of the Dodge Hornet R/T has familiar specs since the model is acquainted to the Alfa Romeo Tonale. /Dodge

Dodge starts offering a plug-in hybrid version of the Hornet in its home country. At the same time, it announced the lifecycle end of Charger and Challenger models with an all-electric concept hinting at how a zero-emission future will look like for the much-coveted genre of the muscle car.

The plug-in version of the Hornet R/T might seem something special to American customers but doesn’t come a surprise. The model was already announced one year ago when parent company Stellantis lifted the curtain on its EV plans for its daughter companies. So, it kept word.

But that wasn’t too difficult. Technically twinned to another model from the industrial constellation, the Alfa Romeo Tonale, the electrified Hornet comes with specs that ring more than one bell. Its 1.3-turbocharged petrol engine is accompanied by a 15.5 kWh battery, providing the compact SUV with a zero-emission driving range of 48 kilometers. A recharge (at 7.3 kW) can be performed in 2.5 hours. However, its CO2 figures are still under homologation.

Despite its eco-credentials CEO of Dodge Tim Kunitskis describes the vehicle as “the first electrified performance vehicle from Dodge”. Indeed, some details on the bodywork remind us of muscular machines, and a so-called ‘Powershot’ function makes it possible to sharpen the acceleration from a standstill to 96 km/h (60 mph) with one-tenth of a second (6.1).

EV with an exhaust

A more significant step in the carmaker’s electrification strategy was demonstrated by the Charger Daytona SRT Concept, unveiled at the Dodge Speed Week. Its front panel houses a spoiler but without a radiator grille it hints clearly at what matters most: an all-electric driveline, preluding a future for muscle cars in an era that will soon ditch V8 power.

Dodge didn’t unveil powertrain and battery specs but shifted the focus to some interesting peculiarities. As a first on an EV, the SRT Concept, nicknamed ‘Banshee’, features – well – an exhaust. It is called Fratzonic Chambered Exhaust and can emit eruptive sounds through an amplifier and tuning chamber in the back reaching 126 dB.

This is not your average quietly bypassing EV. The concept also features an 800 volts performance AWD driveline with a multi-speed transmission, mimicking the shifting patterns of conventional cars with internal combustion engines.

It’s all very experimental, and these innovations are not guaranteed to go into production. Foremost, it seems Dodge wants to comfort its client base that its electrification program won’t quench the excitation it is famous for.

The plans for an all-electric muscle car are definitive, though. It should arrive in 2024. Dodge announced at the same time that 2023 is the final production year for its current Challenger and Charger models.

Though models from the Dodge and RAM brand are imported in Europe by the independent Stellantis partner AEC, the company doesn’t shed any light on a possible official return in the wake of the electrification.

Competitor GM previously hinted that the EV wave might be a perfect storm to renew its presence on the old continent, where it is only marginally present today with Cadillac. Dodge left the EU back in 2009 when the financial crises hit its shores, and its model offensive didn’t meet its goals.