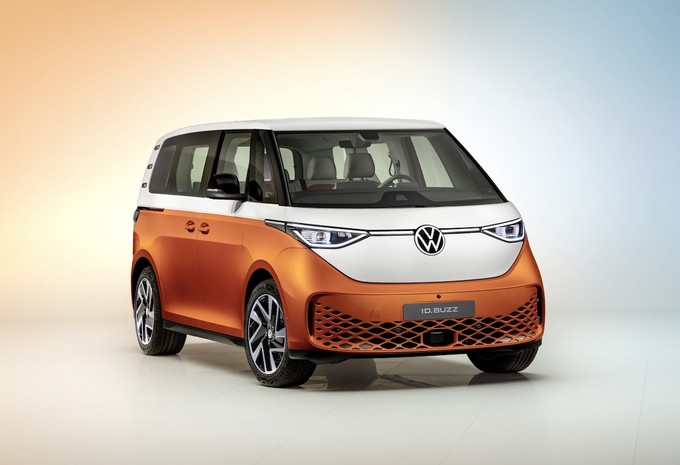 A legend returns, with a bang. Volkswagen has already sold two-thirds of the annual output of the VW ID.Buzz after order intake started three months ago /Volkswagen

The new VW ID.Buzz has popularity written all over its nose. Having opened the car configurator in May 2022, the German car manufacturer has already sold most of this year’s planned output. With already 1 000 orders, Belgium is growing a solid and dedicated fan base for the electric flower power van.

It shouldn’t be surprising that BEV Walhalla Norway is the biggest market for the VW ID.Buzz with orders reaching circa 3 400 units. Some 2 500 have been reserved in its homeland Germany, while the Netherlands accounted for 1 100 units. All together, Volkswagen secured over 10 000 orders, accounting for two-thirds of its planned production for this year.

Ranking these figures pro capita means Belgium comes second, right after Norway. Nevertheless, our country has a strong appetite for the electric make-over of the famous Bülli, and with order intake only running for three months, it is more than likely that the van will soon sell out for 2022.

“There are roughly three reasons explaining the success of the ID.Buzz,” says Jean-Marc de Ponteville, spokesperson for VW Belgium. “The Bülli has a trans-generational appeal. Our grandparents and youngsters know it well and are attracted by it. Secondly, it is probably the world’s most famous van, with a history reaching more than seventy years. Lastly, we live in an age where van life is a growing trend, and this lifestyle is strongly associated with its predecessors like the T1, T2, and T3 versions.”

The overwhelming success of the ID.Buzz extends beyond European borders. VW will start shipping the electric microbus to the US in 2024, but demand has been so strong that the carmaker is considering building it locally. This would be part of its strategy to launch 25 new electric vehicles in the States by the decade’s end.

Currently, the ID.Buzz is manufactured exclusively in Volkswagen’s factory for commercial vehicles in Hannover next to the Multivan and the T6.1. Therefore, the annual rate of 15 000 units is slow for now.

Plans are that a full ram-up of production will occur in 2024, with the factory churning out 130 000 units per year. According to German Automobilwoche, 2024 will see 60 000 units leaving the factory. Next to the Cargo version, VW also plans an extended wheelbase model and a camper called California.

In Belgium, the first units are expected to arrive in December. “Just in time for the Brussels Motor Show,” concludes de Ponteville.