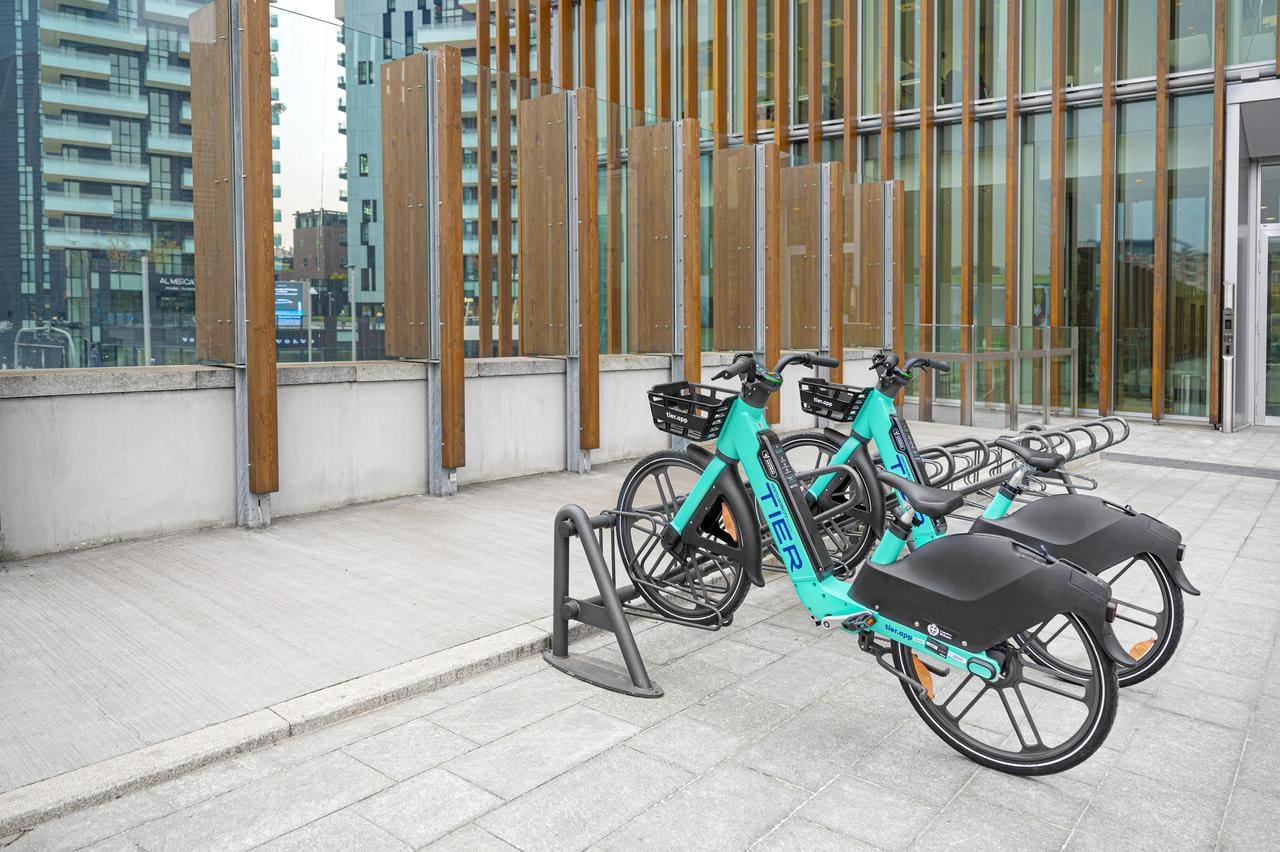 Until now, you could not find free-floating e-bikes in Wallonia. This will now change with the launch of 250 e-bikes by TIER in Liège /site TIER

The German micro-mobility provider TIER Mobility has launched 250 shared e-bicycles in Liège. It is the first Walloon city to benefit from this service. TIER Mobility had already 200 e-scooters in Liège and also offers both services in Brussels.

The news that TIER would also be introducing e-bikes in Liège was already announced in May at the launch of their e-scooters. TIER now offers 1 750 e-bikes and 4 250 e-scooters in Belgium.

The robust bicycles (39 kg) are equipped with a basket at the front, while the smartphone can be attached to the handlebars, where a secure recharging system is offered. The bikes are used via the integrated QR code or directly in the app, and payment is made via Apple Pay, Google Pay, PayPal, or credit card.

Unlocking the bikes via QR code or an app costs 1 euro and then 0,22 cents per minute of use. Subscription formulas are available.

As with the e-scooters, the free-floating e-bicycles, which have an autonomy of 80 km, cannot be left anywhere. Moreover, there are specific parking zones, which are compulsory in the city center at any rate.

Liège is the first Walloon city to welcome the ‘free floating’ e-bicycle service. When launching the service, François-Xavier Giraud, Regional City Manager for TIER Mobility and responsible for the cities of Roubaix, Brussels, and Liege, noted that different users use the e-bikes compared to the e-scooters. “They are older, and there are more women too,” Giraud said to the newspaper La Dernière Heure.

The manager also noted that their use should increase the average time of use of the TIER mobility devices, which is currently eleven minutes.

Whether the initiative will also be successful and expand into other Walloon cities remains to be seen. However, according to an article in the daily L’Echo, which contacted other micro-mobility players active in Belgium, a shared e-bike service is much more difficult to make profitable. The operating and production costs are, for example, more significant. Just look at what happened with Billy Bike recently.

As Wallonia has not yet developed a clear and definitive regional legal framework for shared micro-mobility – there is one in preparation that would come into force in January 2023 – Walloon cities are currently organizing themselves with charters.

The Region is also planning to provide public financial support to deploy services where operators would not do so on their own and where it is considered that this type of service is necessary to complete the public transport service.

The Berlin-based company TIER is already present in 250 cities and 22 countries in Europe and the Middle East. Last week, Lawrence Leuschner, CEO and co-founder of TIER mobility, announced that it would reduce workforce size. As a result, around 180 employees, or around 16% of the personnel, would leave the company.

“This directly reflects the decision to focus on fewer projects to get TIER on a sounder financial footing so we can continue on our mission to Change Mobility for Good,” Lawrence Leuschner said in a press release.

At the beginning of August, TIER also announced its fleet renewal in Budapest, Linz, Munich, Varberg (Sweden), and other cities. The new generation of e-scooters alerts users to restrictions in the city via display and audio messages. These e-scooters are also equipped with many improved safety features and offer maximum stability and shock absorption thanks to improved hydraulic suspension and a broader base.

Since the acquisition of Ford’s subsidiary Spin in March of this year, which specializes in shared electric bikes and scooters, TIER has become the largest multimodal micro-mobility operator globally.