Brabus turns the Smart #1 into a rooster (Update) 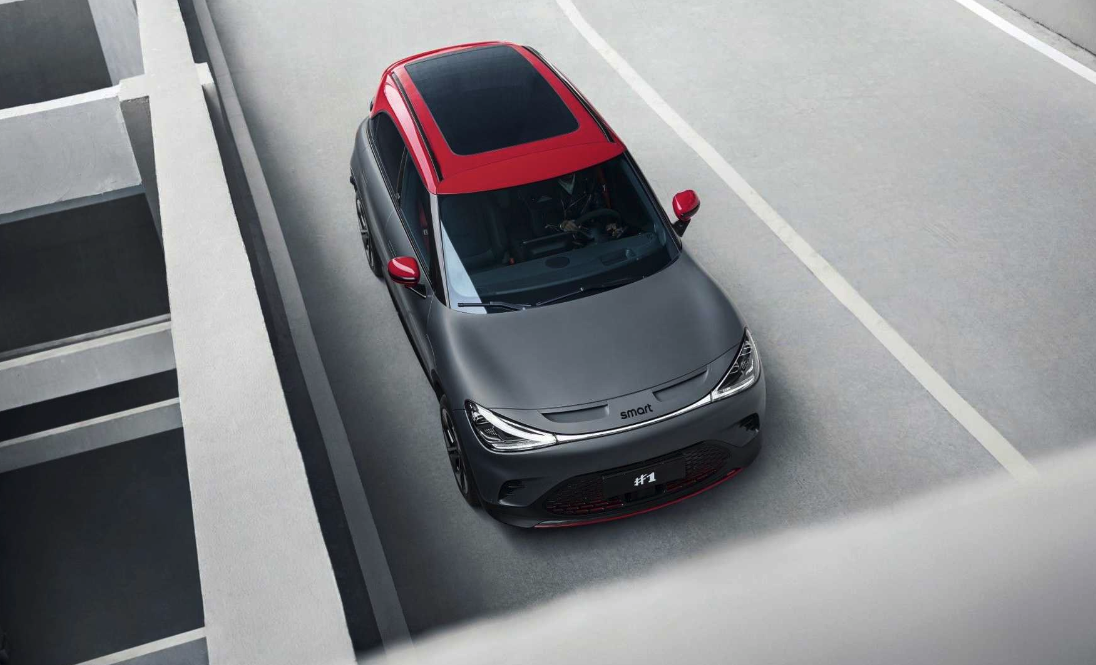 No technical details have been unveiled yet, but Chinese media rumor that the #1 by Brabus could feature a second electric motor /Smart

Smart having become half Chinese doesn’t put Brabus off getting its hands on the recently launched #1. The tuning company, which is traditionally affiliated with Mercedes and its sub-brands, has used some of its mojos to lift the compact cross-over to a new and sportier level. The upgrades on the outside are overtly visible, but also something might be happening underneath.

Since it’s a teaser, not all details of the youngest #1 have been unveiled. But the pictures show the remake by the tuner from Bottrop, featuring 19-inch alloy wheels, a spoiler in red, some extra intakes between the headlights, matte logos, and a gray body topped by a rooster-red roof and side-mirror caps.

The new model version is called Smart #1 Brabus Performance Edition and further receives a make-over in the interior. The same red accents can be adorned by the Chinese youngsters discovering the cars from Brabus for the first time, on the seat belts, the headrest, and the dashboard. The hot-hatch feel is also evoked by aluminum pedals and sports seats in a combination of Alcantara, leather, and micro-fiber.

It is not unusual for Brabus to roll some muscles on its tuned models – the company is not an automotive fashion boutique. Any specifications are still to be disclosed, but Chinese media speculate that underneath the Brabus could benefit from a second electric engine, boosting the output and providing a four-wheel drive.

There are even numbers circulating. The other motor is poised to lift horsepower to 434 hp, which is a significant rise next to the base model (268 hp) but in line with Brabus’ mode of conduct.

Brabus bows to a more than 20-year-old tradition of pimping the models from Smart, creating ‘high-performance urban legends’, as it claims. It also interpreted the previous electric model from Smart, the two-seater ForTwo. Called Brabus Ultimate-E, the lilliputian town car accelerated in 10,9 seconds from 0-100 km/hour and reached a top speed of 130 km/hour.

The Smart #1 Brabus Performance Edition will be unveiled at the Chengdu Auto Show, which opened its doors on August 26th. The first customers could already get their #1’s in rooster guise next month.

As Brabus made the specs official, the assumptions seemed right. The small electric SUV uses four-wheel drive with the help of a pair of electric motors: one of 160 hp and 200 Nm on the front axle, in addition to the one of 272 hp and 343 Nm in the back.

The #1 doesn’t fail to impress. Pushed by a combined output of 432 hp and 543 Nm, the compact crossover can reach 100 km/hour from a standstill in a staggering 3,9 seconds.

The battery with a capacity of 66 kWh is identical to the normal version of the #1. It should make a range possible of about 400 kilometers, which is only 40 kilometers less than in the normal version. Peak charging hasn’t altered. At 150kW, also the most nimble smart can have a 10-80% refill in less than half an hour.

To enhance the driving behavior, Smart says that the car features a 50:50 weight distribution but doesn’t provide any details on further technical enhancements. European prices haven’t been confirmed yet.