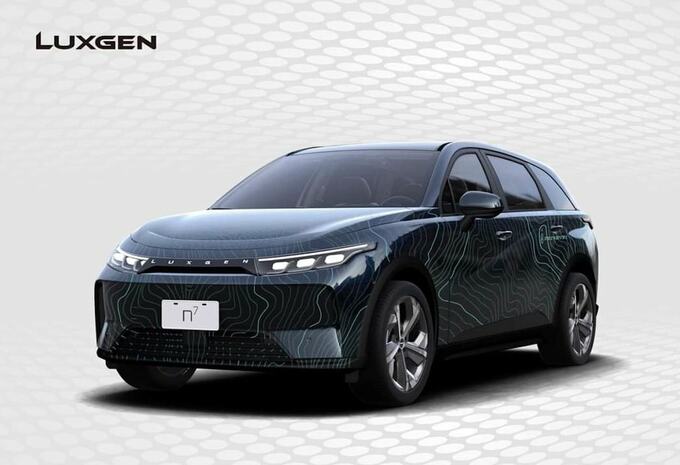 Foxtron isn’t launching its first car under its own name, but turned to partner Luxgen. The N7 is a seven-seater all-electric crossover. /Luxgen

Taiwanese electronics producer Foxconn, well-known for its collaboration with Apple, has unwrapped its first car. The Luxgen N7 is a seven-seater, all-electric crossover debuting on Asian markets in October. However, technical details remain sparse.

Foxconn’s automotive branch is called Foxtron and showcased three concepts a year ago, featuring a crossover (Model C), a sedan (Model E), and a bus (Model T). The first one has spawned a production version as the N7, which will be commercialized under the Luxgen brand, a subsidiary of Yulon Motor with whom Foxtron collaborates.

The N7 remains very similar to the concept of Model C. It is expected to share its dimensions, or a length of 4 640 mm and a wide-spanning wheelbase of 2 860 mm, supporting a 5+2 seating configuration. Though the launch is nearby, Foxtron hasn’t released any interior pictures yet.

The styling of the N7 only shows minor adaptations compared to the Model C, which was designed with the help of Pininfarina. Suppose the technical specifications remain just as close to the ‘auto show messenger’ from last year.

For its range of electric cars and debuting on the N7, Foxtron has developed a propriety skateboard architecture called “MIH Open platform”. This open-source solution can handle both rear-wheel drive (one electric motor) and four-wheel drive (two electric motors).

It is also available for third-party OEMs who want to build their own cars on it. Mother company Foxconn already struck a deal with the Stellantis group, which is currently limited to designing and building connected car technology for cockpits.

The interesting bit, however, is that Foxtron last year claimed that it would offer the car at “a reasonable price comparable to a fuel-powered car.” There are also export plans, while the company wants to build EVs in Taiwan and locally in the US. It already bought a factory in Ohio, but that’s for an electric pick-up and possibly a new model from Fisker.

Foxtron wants to ramp up mass production of its car range in 2023. Chairman of Foxconn Liu Young has always maintained that Europe would come first for export.