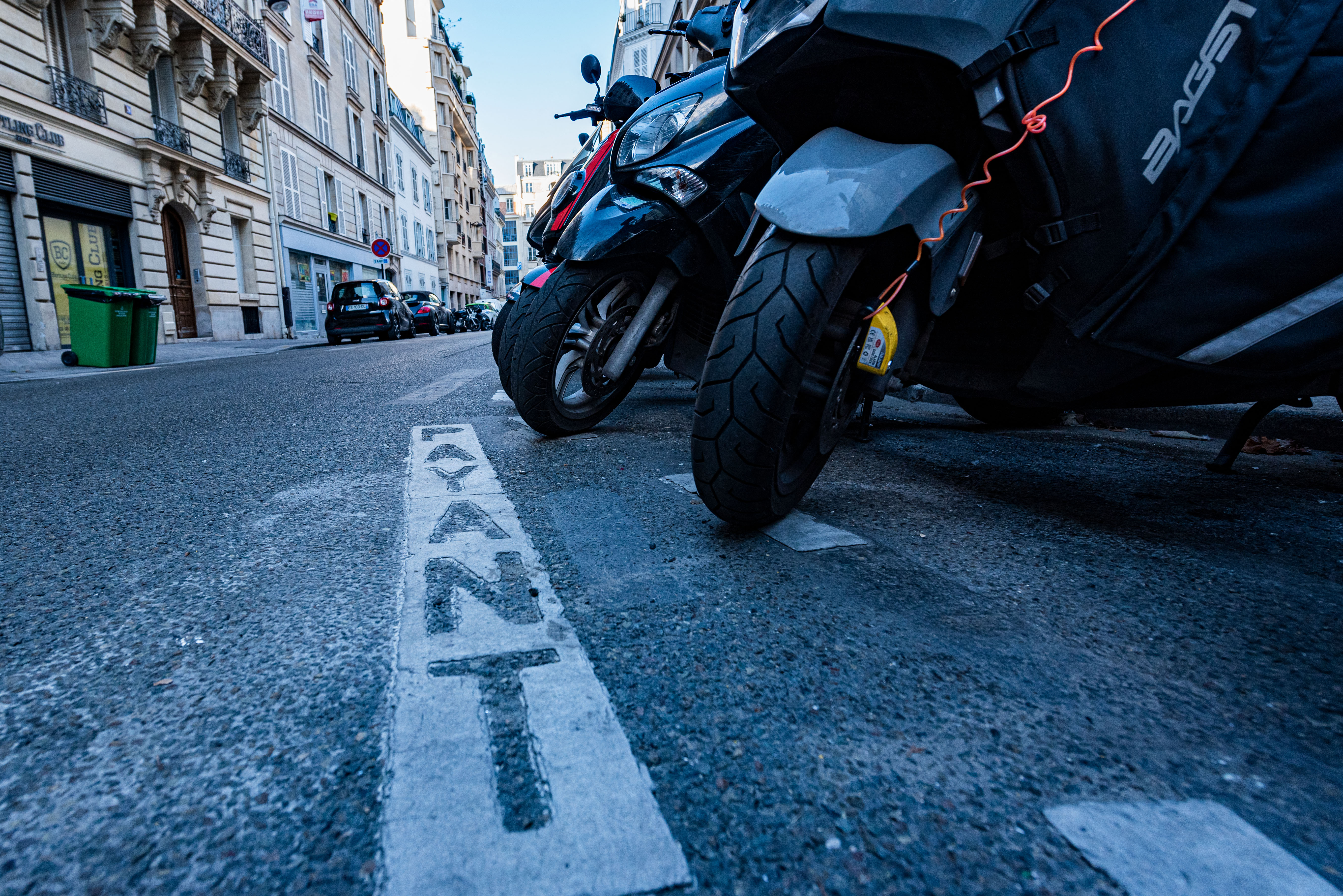 Motorbikes and scooters must now pay for parking on Paris streets, although an exception applies to electric motorized two-wheelers /Hans Lucas (AFP)

Since Thursday morning, motorbike and scooter users must pay to park in Paris. Two companies have been dispatched to track down offenders. Paris has been working for some time to reduce motorized traffic in favor of cyclists and pedestrians. The measure is difficult to digest for the motorcycle community.

“We have to get out of this exemption that scooters and motorbikes have finally benefited from,” David Belliard, the ecologist deputy in charge of mobility and transforming public space in Paris, to AFP. “It is a difficult measure, which requires a significant effort, but it is essential for the fight against pollution.”

From now on, to park your motorized two-wheeler in the streets of Paris, you must pay three euros in the center of the capital, and two euros in the suburbs, if it is a thermal vehicle. Residents can benefit from a preferential rate: the annual card costs 22,50 euros, plus 0,75 euros per day of parking or 4,5 euros per week. With this, they can park their vehicle in one of the 42 000 specially designated parking spaces.

A professional pass is also available, and free parking is available for electric and disabled two-wheel drivers. But for all, it is compulsory to register on an online site, which opened at the end of June. As of Tuesday, some 10 250 applications had been granted, according to the town hall.

Air pollution, noise pollution, but also “a better balance of public space” and a move toward “less polluting and more gentle forms of mobility” are all arguments put forward for the implementation of a measure that has been debated for several years and was announced in June last year.

For the Federation of Angry Motorcyclists (FFMC), the measure is “really discriminatory, especially for the poorest people who live in the suburbs”, said one of its delegates, Jean-Marc Belotti. The FFMC, which has organized 18 demonstrations in a year and a half against the measure, is planning a new one on Saturday in front of Paris town hall. It has also launched a petition, which had collected some 41 700 signatures by Wednesday evening, and lodged an appeal with the administrative court to overturn the order.

Anyway, two companies have been appointed by the city of Paris to track down offenders. These service providers must carry out 2 000 checks per day, according to the city council, which will announce the number of fines within 10 to 15 days.

The fine for not paying for parking is 25 euros or 37,50 euros depending on the zone. Obstructive or dangerous parking is punishable by a fine of 135 euros.

“From now on, it will be a maximum of telecommuting to avoid coming to Paris,” a biker, who lives in Issy-les-Moulineaux (Hauts-de-Seine) and is used to riding his two-wheeler to work in central Paris, told AFP. “The day is at least 40 euros when you are a non-resident. It’s not viable,” laments the computer engineer, who thought about investing in an electric motorbike before changing his mind. “It’s extremely expensive, almost double the price of a combustion engine.”

Others have already opted for electric motorized two-wheelers. The manager of a small electric two-wheel drivers shop in the 3rd arrondissement of Paris told AFP that he had sold around 60 units in the last week alone.

Deputy David Belliard says he understands the anger of the bikers, which recently opposed the meanwhile withdrawn proposal to make motorbike inspections obligatory, but that he will continue to follow the outlined course. The City Council of Paris is planning, for example, to reduce car traffic in the city center sharply and turn it into a low-traffic zone.

“We are living a kind of revolution of life,” says David Belliard. “We are in a race with climate change, which is, unfortunately, going much faster than the transformations we are undergoing. We are going to encourage people to go (park) underground, recover public space, and better regulate illegal parking,”  concludes Belliard.