Ariels all-electric Hipercar has a turbine as range extender 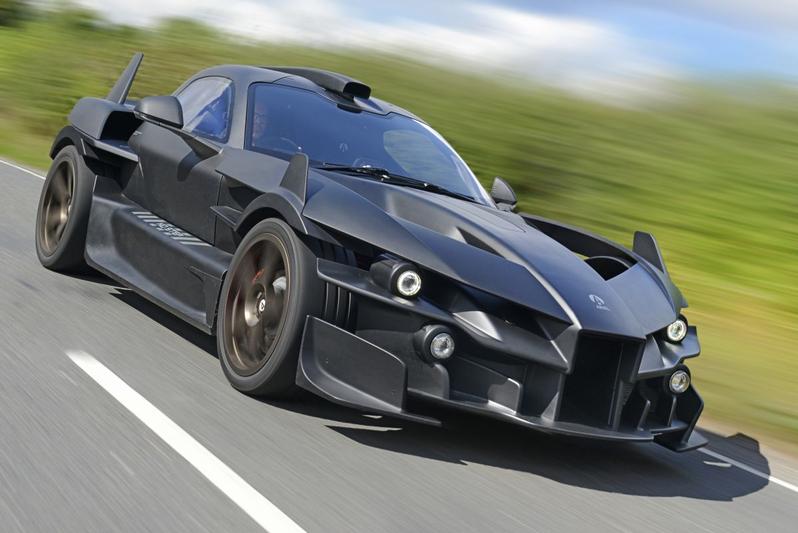 British niche builder Ariel has jumped on the electric bandwagon. But, as can be expected from the brand that previously stupefied the automotive business with the mind-blowing Atom, it chooses an entirely different path once again. As a result, the Hipercar looks spectacularly awkward, and a gas turbine assists its battery pack as a range extender.

Under the cabin floor of the Hipercar sits a 62 kWh battery pack feeding four electric motors for each wheel. Together the motors deliver 1 180 hp and 1 800 Nm, so this compact monster is more of a hypercar than a modern interpretation of the Lotus Elise, as its name suggests.

According to WLTP, the Hipercar can provide its occupants with a range of 240 kilometers, which is on the lower end of the BEV category. And, supposedly, this autonomy is reached in Eco. Choose Sport, Serious, or Fun, and the Hipercar will be much more about the driving quality of those kilometers than their sheer quantity. Reaching 100 km/hour from a standstill doesn’t require more than two seconds. The looks are an allegory for the driving experience: anything but boring.

However, the option list can remedy range anxiety by featuring nothing less than a microturbine engine supplied by Cosworth called CatGen (Catalytic Generator). It’s a flex-fuel solution, with an efficiency of 28% from the fuel into DC power out. Emissions remain very low (3% of Euro6d limits, according to Cosworth), even when the CatGen runs on gasoline.

This jet-like propulsion doesn’t drive the Hipercar as such. Still, with 35 kW of power and a spinning capacity at 110 000 rpm, it can recharge the battery entirely while driving, making it redundant for Hipercar drivers to pull over at charging stations. Also optional is four-wheel drive.

If the propulsion is maverick-style, so is the car concept. At least for Atom, that is introducing its first car with a closed cabin and actual doors. Instead, they open in dihedral fashion, as also featured on the Swedish sports car brand Koenigsegg models.

The looks of the Hipercar are still skeletal, just like the Atom was, but the panels are carbon fiber. There’s no price tag yet, but unlike previous products, Ariel is working on type-approval for the car to boost its chances commercially.