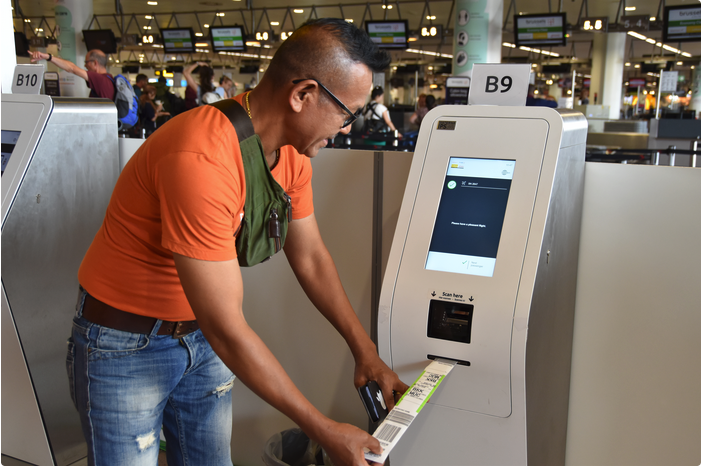 Passengers of Lufthansa Group’s airlines no longer must queue up at the check-in desk in the departure hall of Brussels Airport to have their suitcases labeled and taken to the aircraft. Instead, thanks to a new baggage drop-off system, they can now carry out this procedure themselves, the airline and the airport have announced.

The new baggage drop-off system is available to passengers flying short- or medium-haul flights with Brussels Airlines or another airline of the Lufthansa Group (Lufthansa, Swiss, and Austrian).

They have to check in online in advance, then they can print out a baggage label with their boarding pass at one of the 16 kiosks in the departure hall and put their bags on one of the six conveyor belts. At that moment, they will also be weighed.

For this, a new zone has been installed near check-in row four. But, again, agents of Brussels Airlines can help if assistance is needed.

The system was launched gradually during the summer and is now fully operational. In July and August, already 35 000 suitcases, or almost 10% of the bags of the short and medium-haul flights of the Lufthansa Group, were checked in using the baggage drop-off. It may be expanded in the future. Passengers can also still drop off their baggage at a staffed deck-in desk. 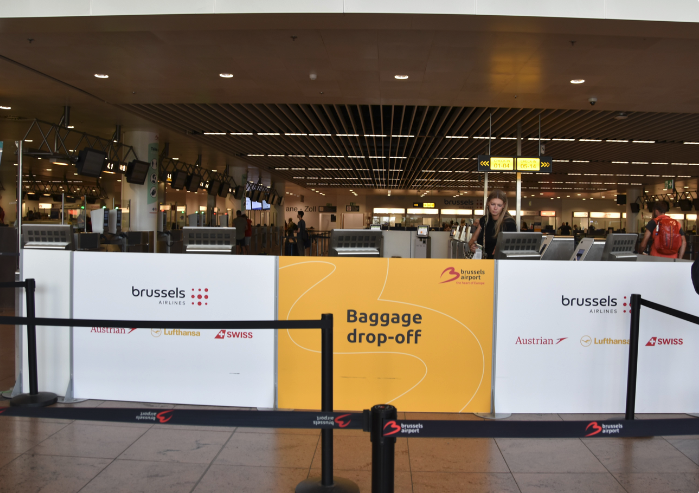