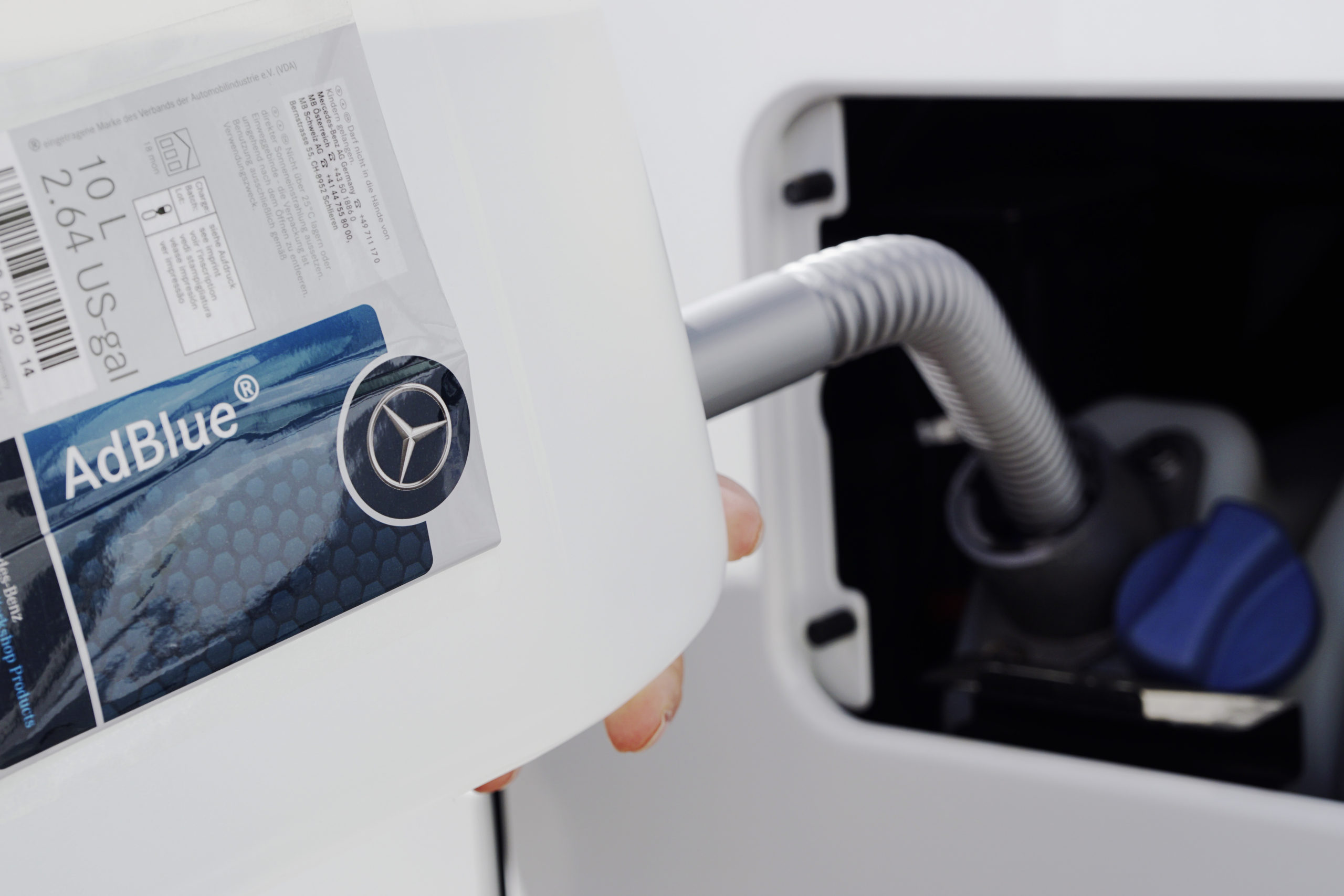 With gas as a raw material needed for the production of AdBlue, it has become difficult to produce the fluid economically viable /Mercedes

The sky-rocketing gas prices are making another victim. As a raw material for the production of AdBlue, Germany’s biggest manufacturer of the additive SKW, Piesteritz warns of a shortage. The projected bottleneck could severely impact the logistics sector.

The urea-based fluid AdBlue became a prerequisite for trucks and passenger vehicles with the Euro 6 norms effective in September 2015. It is directly injected into the exhaust system. But when the reservoir, usually with a volume between 10 to 25 liters, runs out, the engine switches to safety mode and refuses operation.

“We are running dry,” said a spokesperson for the chemical company SKW Piesteritz on Wednesday, referring to his company’s empty shelves where the supplies of AdBlue are usually stocked. It is not that SKW lost access to gas as raw material, but the abnormal price hikes have undercut the business’s profitability. So the company has halted production for about three weeks now.

The upcoming shortage would have far-reaching repercussions on the German transport sector because trucks can’t run properly without the additive that purifies exhaust gases, notably the NOx. “This could mean no supply for Germany,” warned CEO of German Freight Transport and Logistics Association (BGL) Dirk Engelhardt in the daily Bild.

To avoid that complete standstill, SKW Piesteritz, which supplies 40% of the German market with AdBlue, has agreed on an emergency supply with BGL, of which only 1 million liters are left. That’s just droplets because the German freight sector needs 2 million liters a day, the German passenger car fleet 5 million liters.

A cap on gas price

The chemical company comments that the production of AdBlue is a profitable business under normal conditions. However, the current price spikes imply that the company would have to pay a levy of 30 million euros per month, a swipe for economic viability.

The company reaches out to the government asking for a cap on the gas price and an exception for companies producing with gas as a raw material. SKW added that it couldn’t substitute gas in the production process.

But the German government is ringing a different bell. In a reply, it states that it is closely monitoring the situation but that it is not picking up signs of a shortage. It refers to other manufacturers in Germany, like BASF, and the option of importing the additive from other European companies in the case of emergency.

The other big AdBlue producers in the EU are Yara in Italy and Duslo in Slovakia. Yara has already announced that it is curtailing its production for the same reason. However, the shadow of rising gas prices has been darkening the AdBlue industry’s outlook for some time now.

Last year, before the Russian invasion set the gas market aflame, Duslo caused a stir with the announcement that it was temporarily suspending its production, with AdBlue prices doubling. The Spanish company Fertiberia followed the same move. As the price pressure plays at an international level, it doesn’t look like Germany can easily shop abroad.