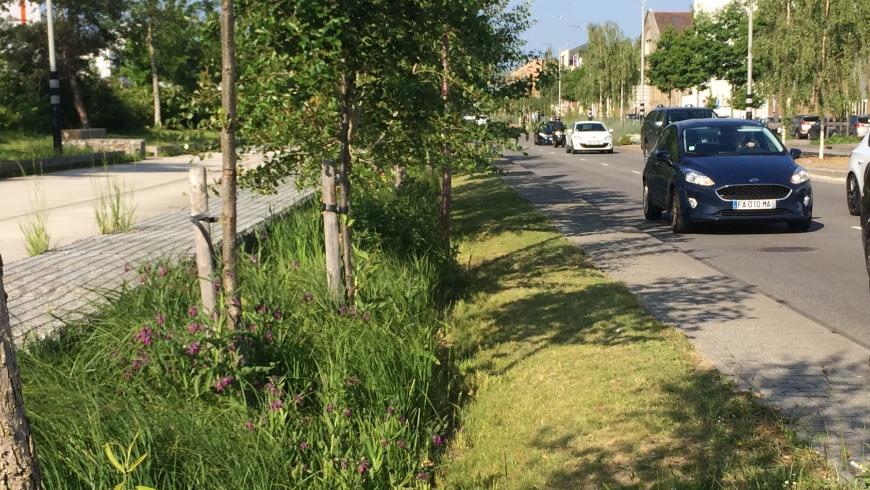 Brussels wants to meet the WHO standards for air quality by 2035. The renewed Air Quality laboratory and more green spaces in the city should help to effectively combat air pollution /site Leefmilieu Brussel

In Auderghem yesterday, on the International Day of Clean Air, Brussels Minister for the Environment Alain Maron (Ecolo) officially opened the doors of the new Air Quality laboratory of Brussels Environment.

The laboratory has been completely renovated to have the most accurate and reliable data possible to combat air pollution effectively, following the values and rules imposed by the European Union.

The main activity is analyzing the outside air. This is done via two instruments. First, a telemetric network of measuring stations transmits real-time data every half hour on, for example, the amount of nitrogen dioxide, nitrogen monoxide, and carbon monoxide in the air.

In addition, there is a non-telemetric network where samples are taken from the measuring stations every week to be analyzed in the laboratory, for example, the number of heavy metals, ions, or benzene.

Currently, 51 pollutants are analyzed, and 2 753 ambient air measurements are taken daily. And two pollutants are of great concern to experts: nitrogen dioxide (NO2) and fine particle emissions. Nitrogen dioxide is mainly emitted by car traffic (55%) and heating (28%). Fine particle emissions are primarily emitted by heating (36%) and traffic (23%).

“The renovation cost 2,5 million euros, but it was indispensable,” says Minister Maron. “The previous installations were no longer compliant. It is now a fantastic tool for the Brussels Environment team to measure the air we breathe,” Maron says.

Until now, even though the Brussels Region met the European air quality thresholds (which are still four times higher than the WHO), the outdated tools did not allow the Region to be considered valid by Europe. The process to remedy this is now underway, confirms the head of the laboratory Olivier Brasseur.

In January 2021, it was estimated that the presence of nitrogen dioxide alone would be responsible for 530 deaths per year, making the capital the eighth deadliest city in Europe. And in March of this year, CurieuzenAir’s action showed that the air quality in Brussels was better than expected.

According to the newspaper La Dernière Heure, the Minister intends to continue to “invest massively in alternatives to the car, increase the Bruxelles’Air bonus, and push for the electrification of the car fleet. “These radical measures, like the Low-Emission Zone (LEZ), will make it possible to reach the thresholds set by the WHO,” Maron concludes.

In 2023, for example, Brussels Environment will install forty secondary measurement points in sites exposed to traffic. The Region also hopes to improve air quality through the Good Move mobility plan. Plus: Brussels will ban diesel by 2030 and gasoline by 2035.

But there is also a risk that the increased energy price will cause people to revert to wood-driven heating systems, resulting in increased particulate matter emissions. Within fifteen years, Brussels hopes to reach the WHO standard.