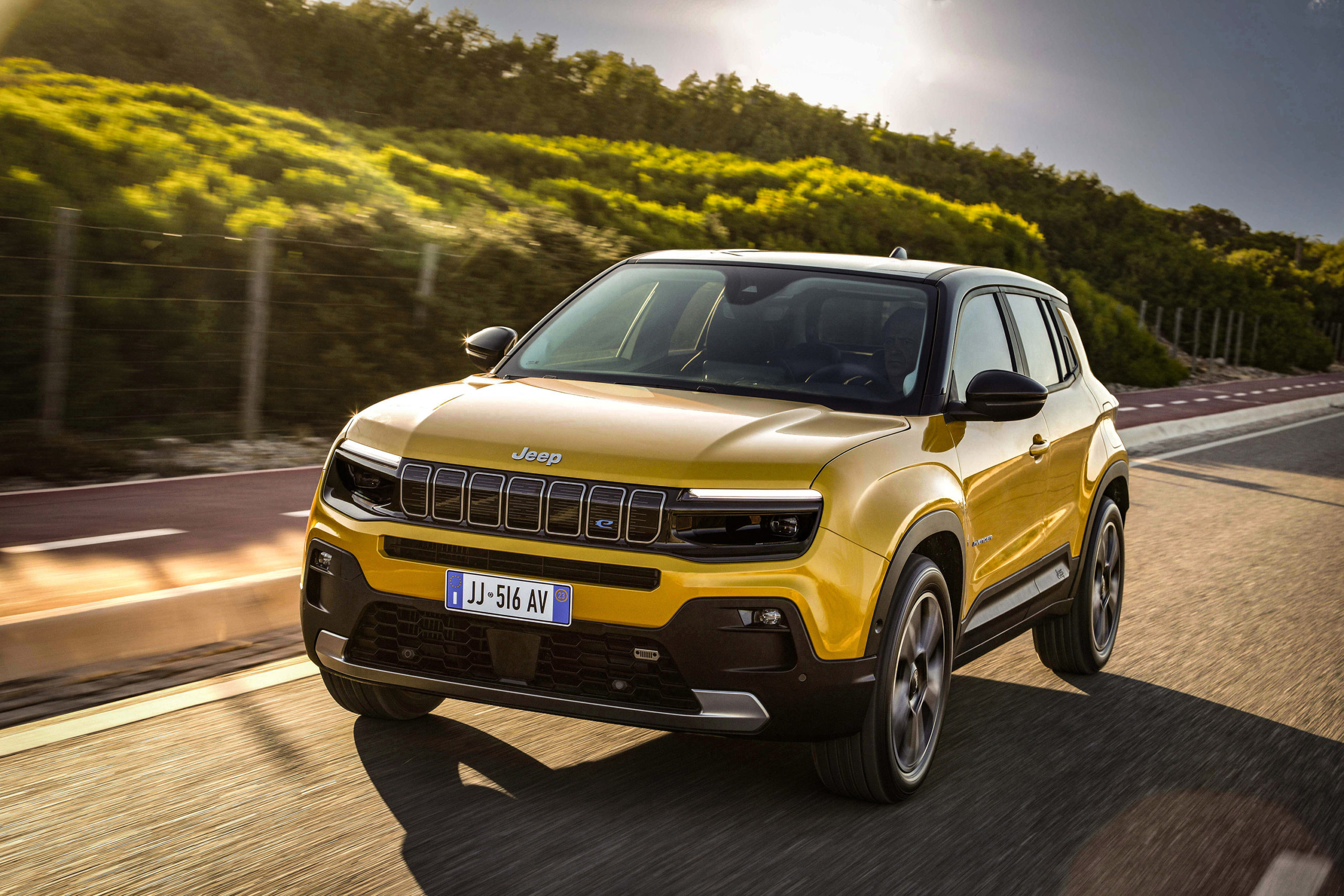 The Avenger will be the first all-electric Jeep and arrives in 2023. It is also the first car in the Stellantis group using the STLA small architecture /Jeep

Jeep is finally getting serious about its EV strategy. The American SUV brand unveiled not one but three BEV models as part of an all-electric offensive that starts in 2023. The company says it will have four all-electric SUVs in its European and North-American showrooms two years later but remains tight-lipped about the fourth model.

Stellantis’ SUV brand has some catching up to do. Under the 4Xe badge, the company hasn’t gone any further than offering plug-in hybrids to date, while several car makers have precisely selected their SUV models as the pioneers for introducing battery power to their customers. But now Jeep is ready to battle and has unveiled “a plan for global leadership in SUV electrification”. Moreover, the company received the tools, too, from parent Stellantis.

Kickstarting the offensive in 2023 is the Jeep Avenger. The first-ever fully electric Jeep will make its debut at the Paris Motor Show and will be produced in the Polish plant in Tychy. Although Jeep doesn’t share technical details, it calls the model “rightsized for Europe” and says it will sit underneath the Renegade. The car will compete in Europe’s largest segment, although the BEV share remains modest. A mild hybrid will also be offered.

The targeted range for the all-electric Avenger is 400 kilometers. This shows Jeep no longer last in line, queuing the technical department. As a premier, the Avenger will be the first car from the Stellantis group built around the all-new STLA small platform developed for A, B, and C categories and will feature four-wheel drive.

The Jeep Recon takes things a step further. Based on the STLA large architecture, this all-electric alternative to the Wrangler bans the combustion engine entirely but will have full offroad capability, making it suited to climb the Rubicon Trail, Jeep’s famed benchmark drive in the Sierra Nevada.

The brand ensures that it has enough battery power to make the trip back home for a recharge. Also present is a removable roof and doors. It arrives in 2024 and will be made available in Europe.

That will also be the case for the third model. The Wagoneer S, a household name in the US, seeks to woo American and European premium buyers with an exclusive all-electric driveline capable of hitting 0-60 mph in a staggering 3,5 seconds, coming from an output of 600 hp. Four-wheel drive is standard, and the range is projected at more than 800 kilometers hinting at a battery pack of around 100kWh. Info and pictures of the interiors of these models were not yet unveiled.

Meanwhile, the electrification of its combustion-engined models continues. Jim Morrison, head of Jeep brand North America: “By the end of 2025, our full line-up will be electrified.” Morrison refers to the global market. In Europe, that objective will almost be met this year. Jeep wants to reach 50% BEV sales worldwide by the decade’s end.