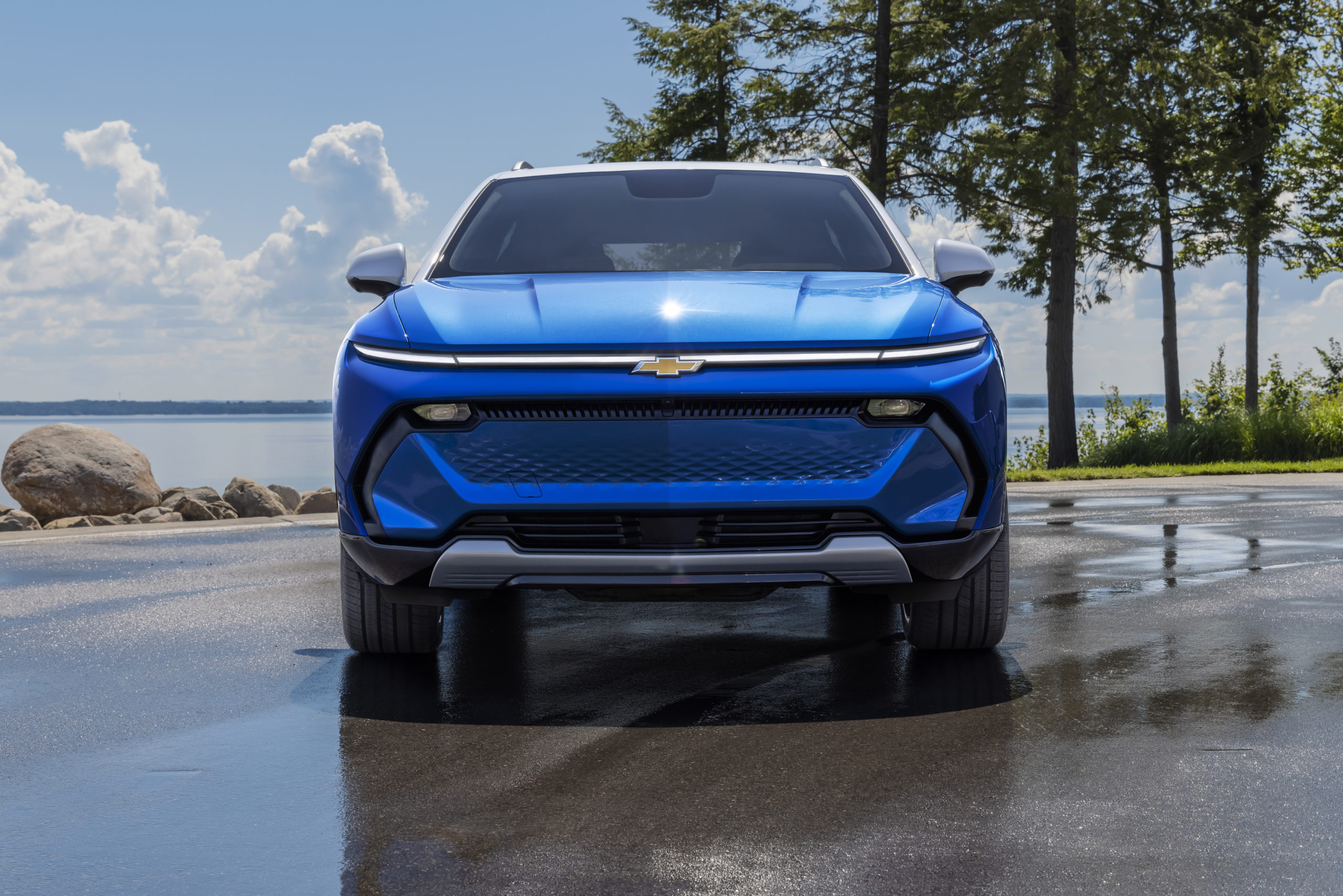 With its interesting price point the new Chevrolet Equinox EV aims to bring electrification to the masses. /GM

Thanks to the Bolt, Chevrolet has positioned itself as a pioneer in e-mobility. Now joining the line-up is the Equinox EV, a crossover debuting in the compact category with a price point that blushes the competition.

With the Bolt, Silverado EV, and Blazer EV, Chevrolet already has several all-electric cars in its range. The Equinox EV now joins them. The moniker isn’t new. Since 2004, it sits on the boot of a quite roomy blend between an SUV and a minivan, GM’s second best-selling model.

But the presented EV version differs in more than one way and has, in fact, little in common with its namesake. Besides the full-electric driveline, the car looks sleeker and more aerodynamic and features a closed grille (but no frunk) to boost range. But most impressive is its price point.

Offered at $30 000, the car is an affordable alternative to the other all-electric compact SUVs in the North-American market, which aren’t a big flock. Its most noteworthy rival is the Volkswagen ID.4, which costs $10 000 dollar more.

GM puts it more in the league of what Chinese car brands offer, but with their primary focus on Europe, these contenders are not yet present in its domestic market. So, GM has an important edge with this Equinox EV.

The size of the battery pack isn’t unveiled yet, but a choice of two would reportedly come on offer. The projected range fork lies between 403 and 483 kilometers (FWD), while DC charging can handle peak power at 150 kW.

As for technology, Chevrolet’s latest EV features one-pedal driving, digital instrument clusters, an infotainment screen, and a load of standard safety gear, as is usual with all-electric cars.

Plans for bringing the Equinox EV to Europe aren’t fixed yet, but CEO of GM Mary Barra has already hinted before at a relaunch of the group’s brands on the Old Continent.

The car also comes in the guise of the Honda Prologue. The Japanese carmaker struck a deal with GM to build two SUVs on the Ultium architecture. However, the Prologue isn’t scheduled for Europe either. Sales for the emission-free and Mexican-produced Equinox EV start in fall 2023.