Antwerp and Ostend airports almost back at pre-corona level 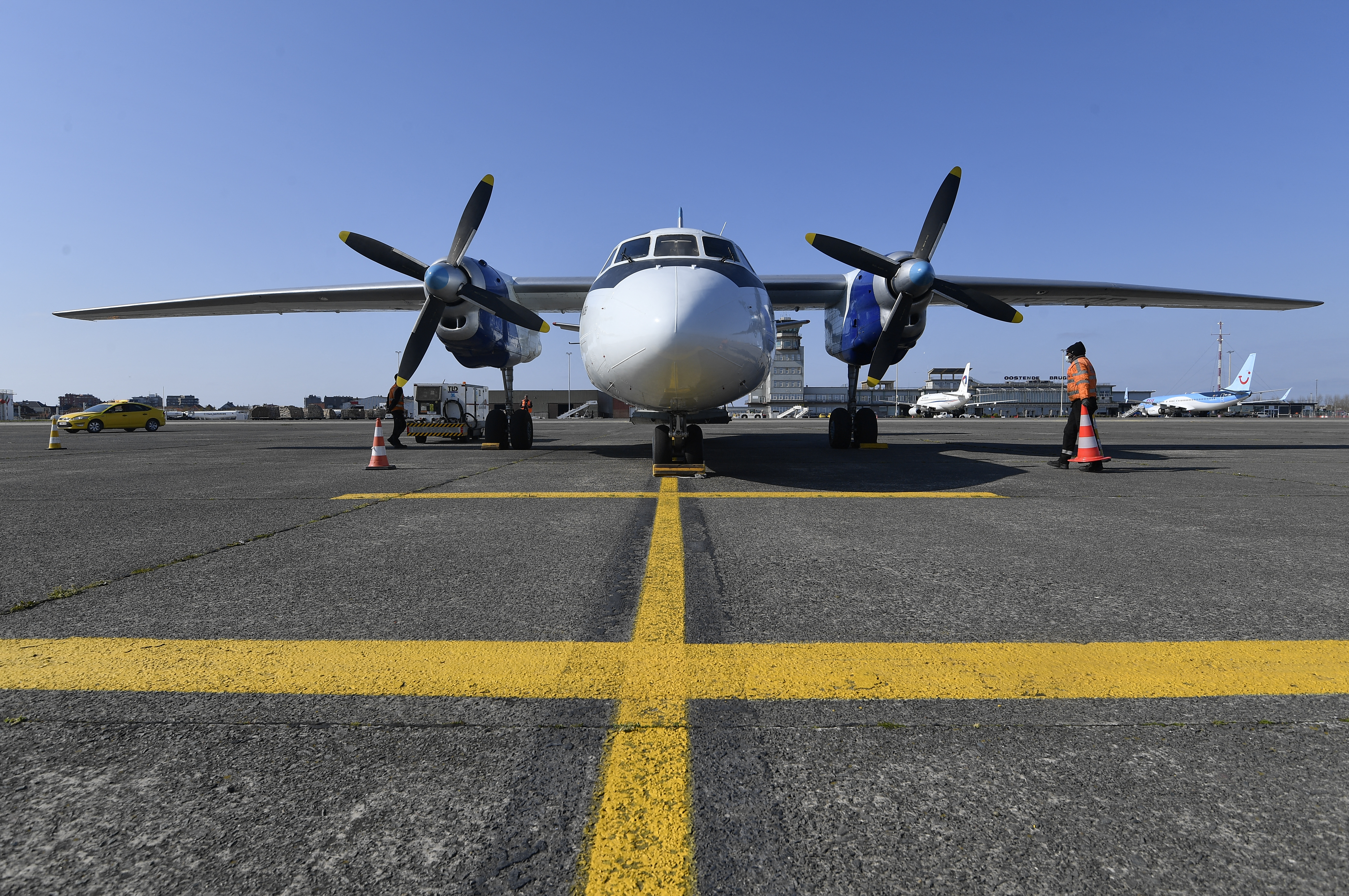 An Antonov An-26B plane is pictured at the Ostend-Bruges Airport. Both Antwerp and Ostend airports are again at pre-Corona levels in terms of passenger numbers /Belga-AFP

However, a cost-benefit analysis published in July on these loss-making regional airports supported by the Flemish community shows that it would be better to close them.

Ostend Airport received 94 085 passengers in July and August. That is an increase of 34% compared to 2021. This summer, the airport welcomed 73% of the number of passengers again during the summer of 2019.

Over 64 500 passengers departed from Antwerp Airport in July and August. That is an increase of 72% compared to last year and over 97% of the number of passengers who chose the airport for summer 2019.

In total, 191 000 passengers traveled via Antwerp Airport this year. That is 96% of the number of passengers the airport could welcome in the same period in 2019. The top destinations for Antwerp airport last summer were Alicante, Malaga, and Ibiza.

Between 19 September and 25 October, the airport will be temporarily closed. “Then the runway will be provided with a new top layer,” says CEO Eric Dumas, who manages the airport of Antwerp and Ostend-Bruges. “These works are essential to be able to welcome hundreds of thousands of holidaymakers in the years to come,” Dumas says.

Local residents are also protesting against the works at the Deurne-located Antwerp Airport. The group Vliegerplein opposes the planned renovation works costing some 25 million euros. Besides Vliegerplein, the municipality of Borsbeek and Bond Beter Leefmilieu also filed a similar complaint.

According to Vliegerplein, the investments at Antwerp Airport are illegal because they involve an extension of the runway, only just over 1 500 meters. However, the airport itself denies this, citing the so-called exemption decision. That decision states that no environmental permit is needed if the runway is not touched.

And the Ostend-Bruges Airport wants to focus more on cargo transport in the future, hence the construction of Cargo Village. However, there are fears among residents that this will turn the airport into a (night) cargo airport “à la Liège-Bierset”. Here too, a non-profit organization went to the Council for Permit Disputes.

A long-awaited cost-benefit analysis of the three Flemish regional airports, namely Antwerp (Deurne), Ostend-Bruges, and Kortrijk (Wevelgem), was also published in mid-July. The study shows that making these Flemish regional airports profitable is almost impossible. For Antwerp and Kortrijk closure is the most efficient. However, without massive government support for security and firefighting, the operation of these airports is not profitable.

The analysis, which was made at the request of the Flemish government, comes to two conclusions. First, the airports can only run without losses when they expand to the maximum, with passenger numbers far above what they have ever achieved. It is highly uncertain whether these scenarios can be realized, the study states.

Secondly, for Antwerp and Kortrijk, closures are the scenarios with the highest social return. Closing Deurne, Brussels Airport is at approximately 40 km, would generate 40 million euros, eight times more than the second-best scenario. In Ostend, closure is the most advantageous option.

Employers’ organization Voka Antwerp-Waasland does not agree with this. According to Voka, a study carried out by Econopolis clearly shows that the airport in Deurne, through new technological developments, can grow into a pearl. “A good example are the electric aircraft that Antwerp Flying Group is already investing in,” says Luc Luwel, managing director of Voka.