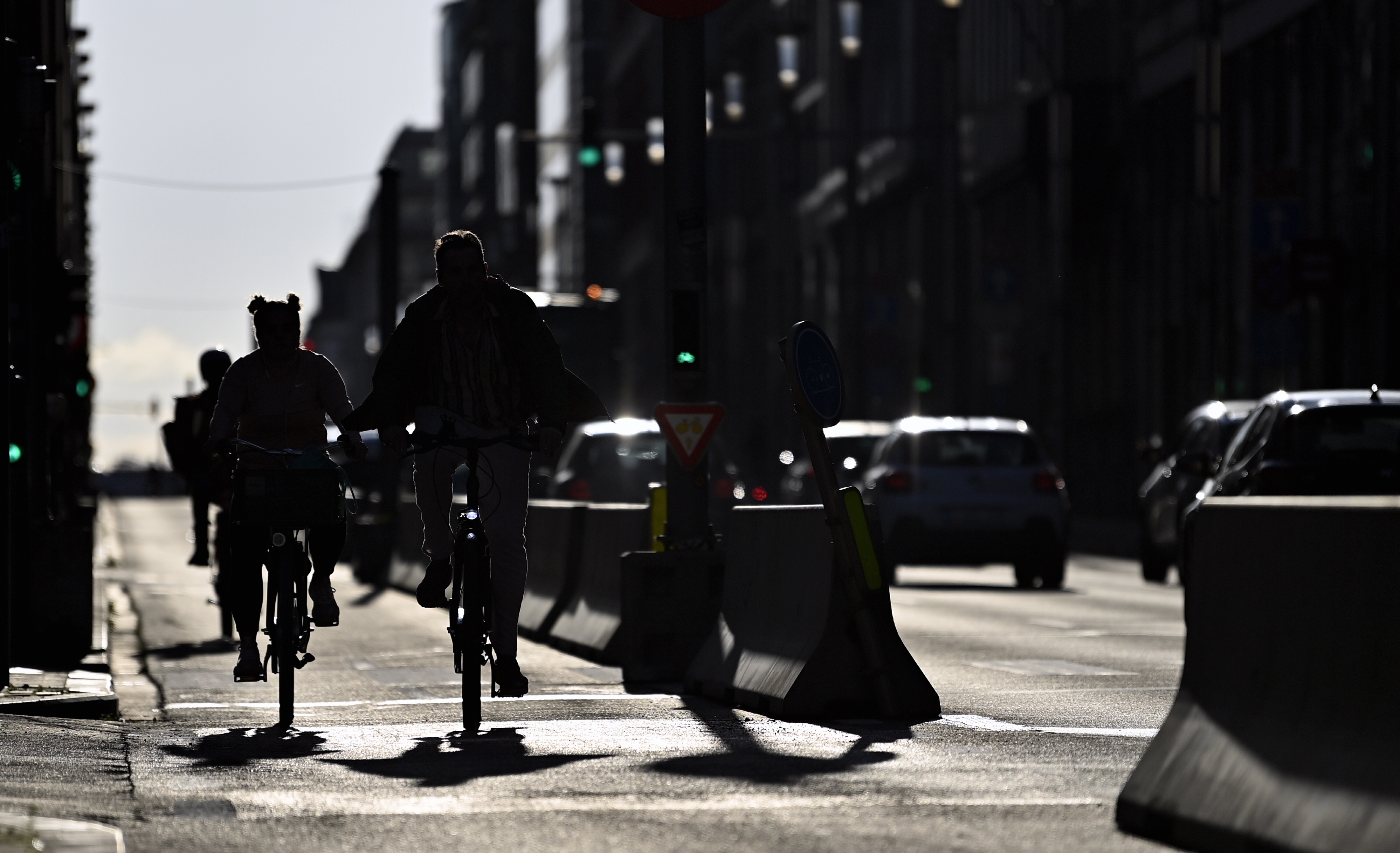 Cyclist in the Rue de la Loi/Wetstraat in Brussels. The street may finally get a ‘real’ two-way bike lane, separated from cars and pedestrians /Belga

Rue de la Loi/Wetstraat, one of Brussels’ busiest approach roads with the presence of several notable Belgian and EU governmental buildings, may get a two-way bike lane, separated from car traffic and pedestrians. This corresponds to the current test set-up. So reports Brussels Mobility Minister Elke Van den Brandt (Groen). The minister hopes the works can start in 2024.

The Rue de la Loi/Wetstraat is one of the Brussels region’s most frequently used bicycle axes. In June this year, for instance, the number of cyclists rose to over 200 000, up 61,5% in the north and 70,3% in the south. The number of pedestrians is also high, creating a need for wider footpaths and cycle lanes.

The test set-up worked out so far shows that the impact of the cycle lane is positive for cyclists and pedestrians. At the same time, the transit time for motorized transport has increased only slightly between Cinquantenaire Park and Arts-Law after reducing the number of lanes from four to three in May 2020.

For motorized transport, data from TomTom on Tuesdays and Thursdays in March 2019 and 2022 showed that the transit time increased by one minute in the morning rush hour and two minutes in the evening rush hour.

The minister said that a two-way cycle path, separated from traffic and pedestrians and with integrated planting spaces, might be chosen from the three scenarios studied and presented to the municipalities and the guidance committee. In that case, it has been established that most cyclists use the south side of Rue de la Loi/Wetstraat (downhill), so the south will be redesigned.

This will maintain and improve the current situation, particularly preventing accidents with left-turning cars. Things may still evolve with only two lanes in the future instead of the three there are currently.

The Rue de la Loi/Wetstraat on the other side of the ring road, toward Parliament, has already received a new bikeway. The planning application will be submitted by the end of this year.