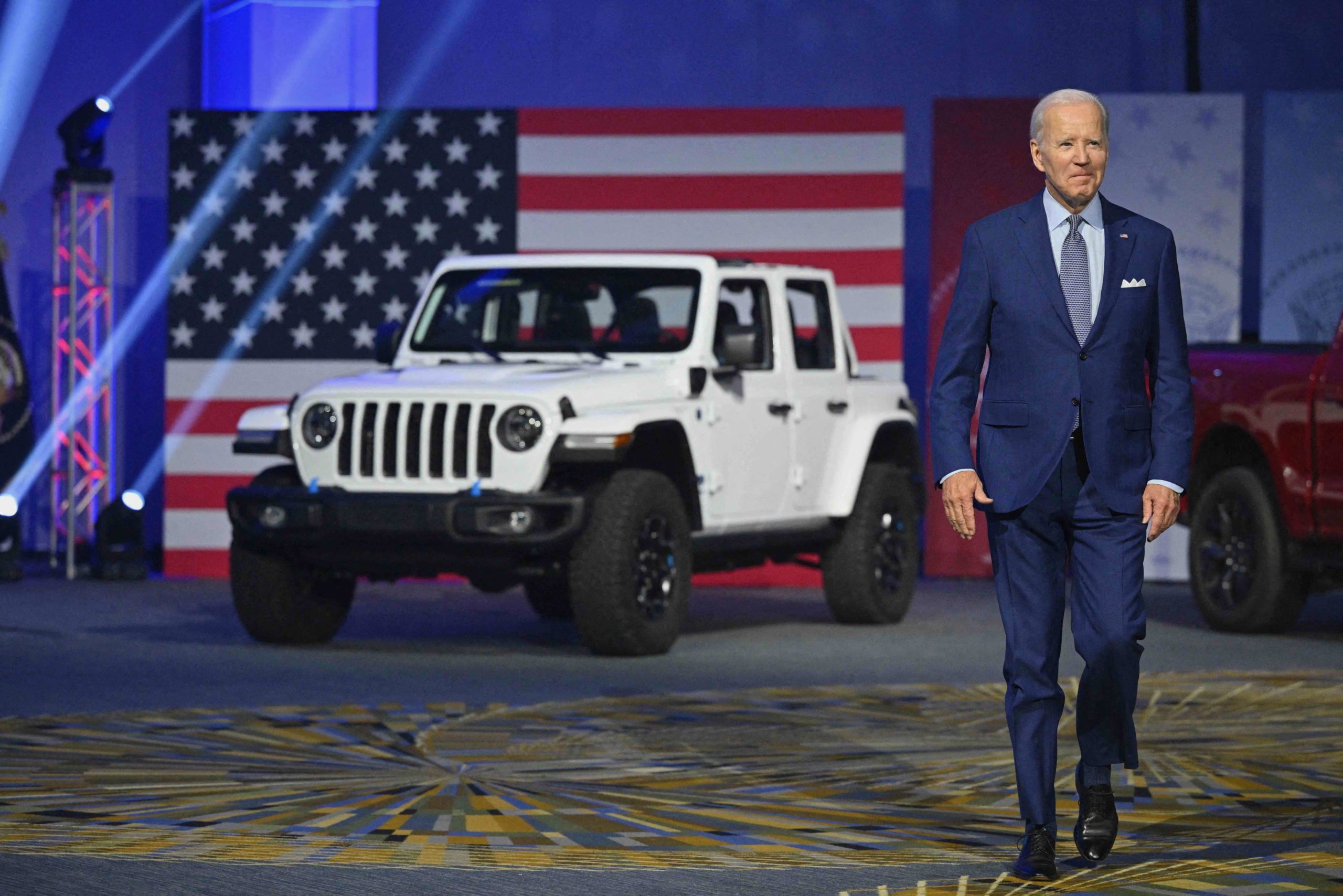 “I believe we can own the future of the automobile market,” said US President Joe Biden at the Detroit Motor Show /AFP

“American manufacturing is back. Detroit is back. America’s back.” US president Joe Biden opened the floor of the Detroit Motor show during the press day with strong vigor. To promote his electrification strategy and support the manufacturing workers as part of his re-election program, Biden attended to get Detroit back on the map as one of the most important car shows in the industry. But those expecting big news were met with disappointment.

After two years of cancellation and an already dwindling business case running up to the pandemic lockdowns, the Detroit Motor Show finally got up its feet again. As a strong advocate for the show and a self-declared car guy, Biden took the honor of opening the floor. In his speech, he highlighted how the American automotive sector would resurrect on the wings of a clean economy.

The president hinted at his electrification incentives and how his government will invest 900 million dollars in the rollout of 500 000 charging points throughout the country. “The great American road trip will be electrified. Coast-to-coast,” he claimed. Biden also stated that his administration is readying $135 billion in total for electrifying America’s mobility.

Biden jumped into a Corvette at the motor show and ran a low-speed victory lap in an all-electric Cadillac Lyriq. Ironically, according to Bloomberg, he was surrounded by EVs that didn’t apply for his newly redesigned rebate program. That Inflation Reduction Act doesn’t apply to EVs from China or Europe. Carmakers from outside the States took very small stands at the fair, usually not larger than what’s usually sold to suppliers. With the exception of Alfa Romeo and Fiat as part of the Stellantis group.

No electrification for Mustang

At first hand, Bidens electrification vows were somewhat overshadowed by the new Mustang soaking up all the attention in American media. With fewer reveals on the show – only ten, as announced – the seventh generation sports car caught most of the spotlights. And no, it’s not battery-powered. It’s not even hybridized.

The show demonstrates how Americans are limping on two legs, with old-world pleasures challenging to let go of. The national goal of reaching 50% BEV sales by the decade’s end will come step-by-step.

On the other hand, most of the EV news was released before the show’s official inauguration. Only lifting the veils of new trims for the plug-in versions of the Wrangler (New Willys) and Grand Cherokee (30th Anniversary) on site, the BEV products and accompanying plans (Avenger, Recon, and Wagoneer S) from Jeep were released last week. The same goes for the Equinox EV by Chevrolet; it’s a 30 000 dollar SUV that must electrify the masses.

Yes, the Detroit show is back. But it failed to bring a real EV surprise to the fair during the press day. Instead, the news was hoovering above Huntington Place, where eVTOL concepts were flying over, hinting at air transportation as a mold-breaker for future mobility.

But from a completely different corner came, more or less, a pat on the back for the CO2 reduction plans of the American car industry. General Motors was ranked first in the Greenpeace Auto Environmental Guide 2022, released earlier this week, before Mercedes and the Volkswagen Group. Biden will like that, undoubtedly.