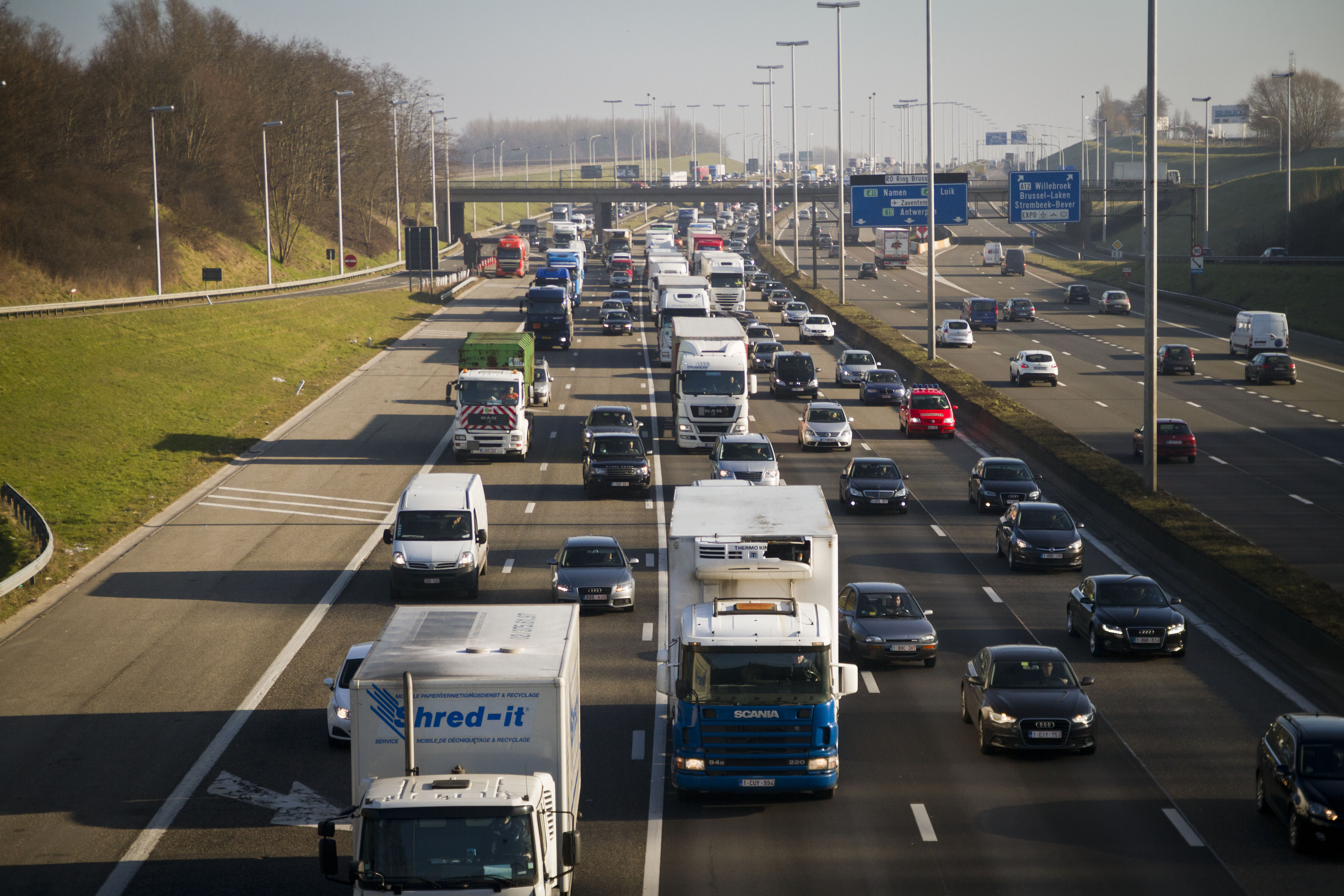 Lots of traffic on the Brussels Ring in Jette in the direction of Zaventem. Minsters Gatz and Peeters propose linking road pricing and Ring Road plans /Belga

Flemish Mobility Minister, Lydia Peeters, and her Brussels Finance colleague, Sven Gatz, (both Open Vld) are calling for an agreement between the Brussels Region and Flanders linking smart road pricing to a partial widening of the Ring Road. They say this in an interview with the Brussels weekly BRUZZ.

There have already been initial talks this summer with the mobility ministers and the two prime ministers to overcome the stalemate and reach an agreement linking the two dossiers, but these need to be followed up, the Liberal duo believes.

Both the intelligent kilometer tax and the widening in part (or optimization) of the Ring Road have caused a sharp difference of opinion between Flanders and the Brussels Region in recent years.

In the first dossier, Brussels wants to move forward, but Flanders is obstructive. The formula proposed by Brussels means a double burden for commuters, the Flemish government believes.

For the works on the Ring Road, it is the other way around: Flanders wants to hurry up with a safer Ring Road with better traffic flow. To that end, it wants to widen part of the Ring Road.

The knot lies mainly with the Greens, Gatz explains in the interview with BRUZZ. “Widening is only in the plans on 25% of the total territory for which Flanders has jurisdiction, mainly between the E40 and the A12 in Jette. That 25% widening of the Ring Road is very difficult for Green. That’s why we say: let us look in parallel at what that means for road-pricing.”

“At some point, you must realize that a negotiating package emerges that is good, or good enough. A lot has changed in recent years in those Flemish plans.”

Peeters, for her part, is not in favor of road pricing on the Brussels model anyway. “It should be an area covering kilometer charge with a tax shift.” That tax shift means that existing traffic taxes disappear and are replaced by a tax on the use, a principle that was also included in the Brussels model.

Kilometer charge will be introduced

According to Peeters, road pricing should, therefore, not be limited to a region either, referring to the example of the kilometer tax for trucks that was realized with the three regions. Although she also says that this kilometer charge will be introduced.

An app for road pricing in Brussels is already in the test phase. Currently, about a hundred people are testing out that app, but Gatz would also like to expand it in the future to hopefully thousands or tens of thousands, preferably including Flemings and Walloons.