Temporary €1 per day fare for bus and tram in Flanders? 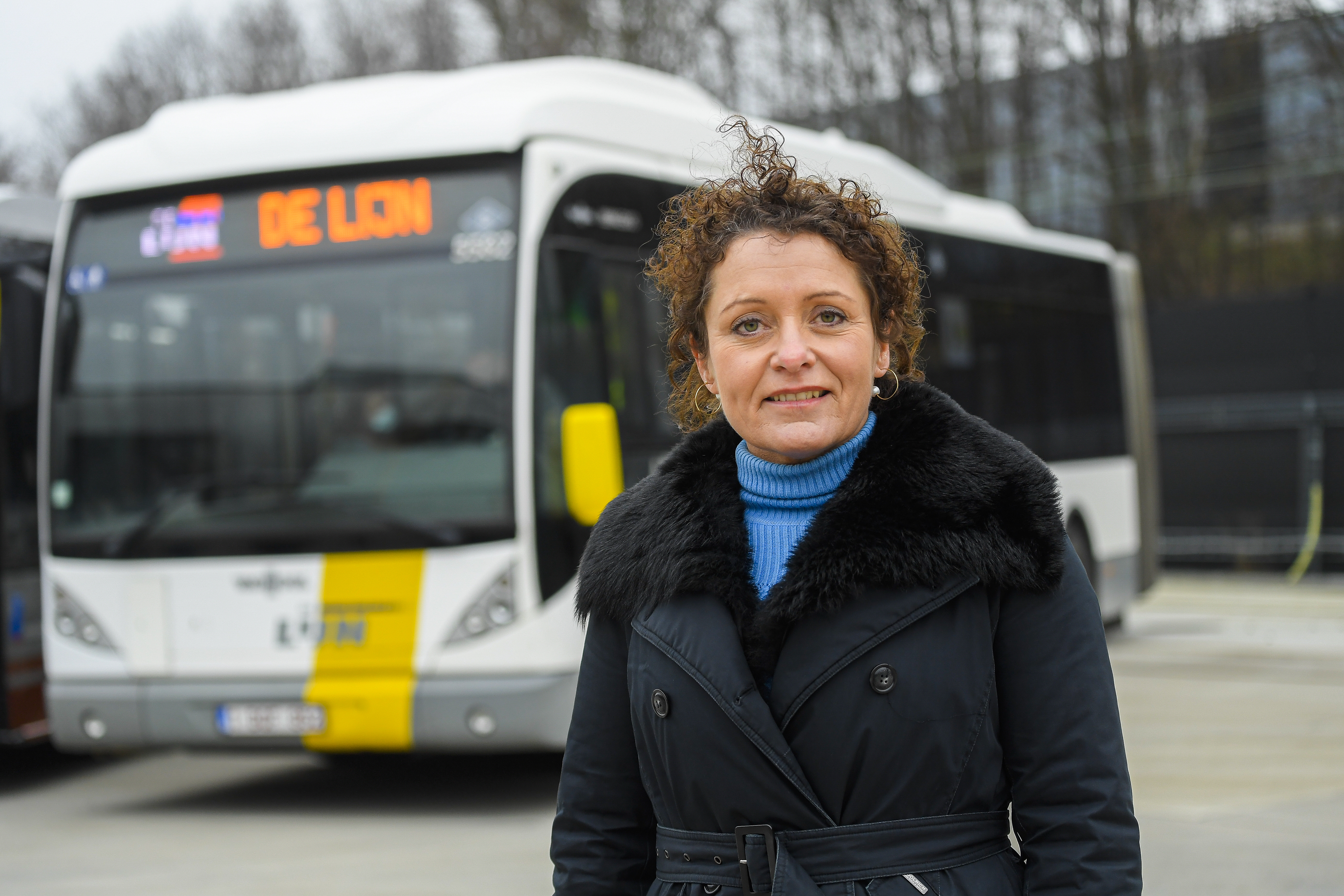 Government party Open Vld wants the Fleming to be able to travel unlimitedly by bus or tram during the winter months for one euro a day. This reports De Morgen, and the news has been confirmed to press agency Belga.

According to De Morgen, Flemish Mobility Minister Lydia Peeters (Open Vld) has put a striking proposal on the negotiating table during the bilateral talks that Flemish prime minister Jan Gambon (N-VA) is holding to lay out the budget puzzle.

Well-informed sources say that the liberal politician is proposing that every Fleming should have unlimited travel options on buses or trams of public transport company De Lijn, from October to the end of April, for one euro a day.

The measure should support families’ purchasing power. Trips to work should thus become a lot cheaper by bus or tram than by car. At the pump, gasoline and diesel prices are still high. At the same time, almost free public transport is a measure that should ease traffic jams in Flanders, and is good for the climate. Therefore, a win-win in Peeters’ eyes.

The Peeters cabinet itself does not comment on the leaked proposal. “It is true that we have put several measures on the table regarding public transport in function of purchasing power. The rest is fodder for negotiations,” it says.

Other sources confirmed that the proposal was put on the table by Open Vld. It remains to be seen whether the proposal will pass. The planned support measures for companies, the possible extension of the job bonus, and increased indexation of child benefits thicken the wish list, and indeed, N-VA has already made it clear that it does not want to loosen the budget reins.

Bend of the liberals

Indeed, as De Standaard writes, the proposal is a bend in the traditional liberal view of public transport in which higher occupancy rates and privatization are invariably the buzzwords.

In the new management agreement, concluded in July between minister Peeters and De Lijn, for the period 2023-2027, the company does get more autonomy in terms of ticket prices. Still, at the same time, the Flemish government pushed ahead with privatization. For instance, more than half of the mileage will be driven by private operators in the coming years.

De Lijn is struggling with performance problems and a service that leaves much to be desired. Open opes that fuller buses and trams can open the door to more budget and thus better service.

MP Joris Vandenbroucke (Vooruit) characterizes the proposal as “a nice first move by Peeters”, but he would rather go a step further and launch a cheap combi ticker for all public transport. “It makes much more sense to work on one cheap ticket for all public transport, everywhere in the country, if you want to protect people from high prices at the pump,” Vandenbroucke told Belga.

Vooruit has been walking around with the idea of a combi ticket for some time. In March of this year, the socialist party advocated a combi ticket at a rate of seven euros per day. The estimated cost is 200 million euros a year for the four public transport companies combined.

That such proposals can turn into a success was proven by the German proposal. During the summer, Germans could use all possible forms of public transport for nine euros a month. The success exceeded expectations. Not only were 1,8 million tons less of CO2 sent into the air. Some 20% of participants admitted to rarely or never using public transport. The measure was a compensation for increased energy prices.

Traffic specialist Vandenbroucke now has a resolution ready. “But national Minister of Mobility Georges Gilkinet (Ecolo) does not need to wait for us to bring his regional colleagues together and launch a cheap combi ticket,” Vandenbroucke said.

Earlier, Gilkinet proposed bringing the VAT rate for a train ticket to 0%. That measure would cost around 100 million euros.

Minister Peeters otherwise inspected the new generation of e-buses that bus builder Van Hool is developing for De Lijn at its factory in Koningshooikt on Tuesday.

At the end of last year, De Lijn ordered 60 electric buses through a European public tender. Of these, Van Hool was allowed to build 36, costing 28 million euros. The rest of the order went to the Dutch company VDL.

The new generation e-buses already look quite futuristic. There are no mirrors on the bus, but the cameras do all the work. In the older electric models, the battery was still on the roof; today, the battery is integrated into the floor of the e-bus.

Wheelchair users will also find it easier to take the bus thanks to an electric ramp that is easy to operate.

Today, Van Hool no longer develops buses that run on diesel, nor does it make hybrids. It now produces only three types: buses with an electric battery, trolleys, and buses that can run on hydrogen. The new generation of Belgian e-buses finds a ready market here, and Van Hool also sells e-buses from America to Japan.

According to Ann Schoubs, director-general at De Lijn, this is the first real step in greening public transport in Flanders. The development of charging infrastructure for e-buses and e-hybrids is also in full swing. De Lijn’s ambition is to make its entire fleet and associated infrastructure completely emission-free by 2035.