LEZ improves air quality in Brussels and pushes diesels out 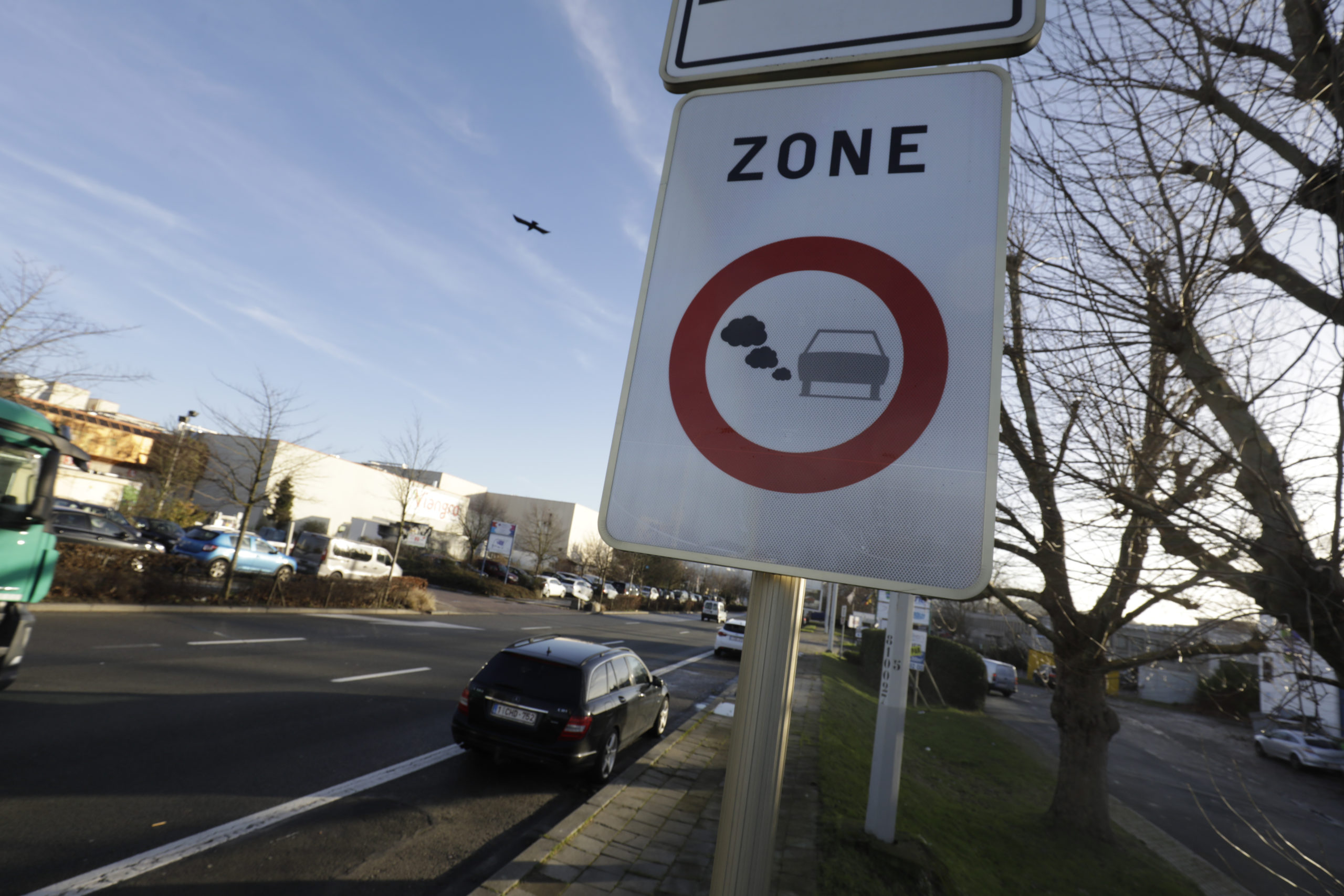 Illustration picture shows a traffic sign signalling the beginning of the ‘low-emission zone’ in Brussels. The LEZ is remarkably improving air quality in Brussels and is also increasingly chasing diesels from the road /Belga

Since the introduction of the low-emission zone (LEZ) in Brussels, the number of diesel cars in the capital has fallen, and air quality has improved. This is evident by the latest monitoring by Brussels Environment.

In particular, the proportion of Euro 4 diesel vehicles, banned in 2022, has fallen sharply. It went from 14% in the third quarter of 2018 (launch of the LEZ) to 3% at the beginning of the year or a drop of over 78%. These are the latest generation diesel vehicles that were not required to be fitted with a particle filter.

Overall, the share of diesel vehicles has fallen below 40% in 2022 from 62% before the introduction of the LEZ. This decline favors gasoline, hybrid, and electric vehicles. About 50% of cars circulating in the Brussels Region are gasoline-powered, almost 8% are hybrid, and just over 1% are electric.

Among vans, the share of diesel remains dominant, despite a slight increase in gasoline and electric engines.

To enable the shift to electric cars, the Brussels government, on the Minister of Climate Transition and Environment Alain Maron (Ecolo) initiative, is also introducing a requirement that all car parks with more than ten spaces must be equipped with charging stations from 2025. The obligation applies to both public and private car parks.

In residential buildings, all residents with an e-vehicle must have access to a charging point. In other words, residents with e-cars can ask the owner of the car park’s environmental permit to install a charging point at their expense. However, there is a provision for an exemption if the installation costs prove unreasonable.

The Brussels government wants to have 22 000 public charging stations at its disposal by 2035. Currently, there are only 2 000.

The change in the car fleet obviously also has a positive effect on air quality, as the monitoring of Brussels Environment has already shown. Between June 2018 and October 2021, emissions of nitrogen oxide (NOx) decreased by 21%, PM 2.5 (particulate matter) by 26%, and black carbon (soot) by 59%.

In 2021, the annual legal limit for NO2 (nitrogen dioxide) concentrations in the air (40 µg/m³) was respected for the second year in a row in all measuring stations.

According to the European Environment Agency, air pollution causes 9 000 premature deaths in Belgium each year, including about 1 000 in Brussels alone, and road transport is one of the main contributors to air pollution emissions in the Brussels region.

Research by Hasselt University and the University of Aberdeen presented on Thursday also showed that babies already have soot in the lungs and brain before birth. Exposure to air pollution during pregnancy and infancy has previously been linked to an increased risk of stillbirth, preterm birth, lower birth weight, or impaired brain development, with possible consequences later in life.

The next milestone is the ban on Euro 5 diesel vehicles and Euro 2 gasoline vehicles in 2025. This will play a key role in reducing NOx emissions. In addition, mopeds and motorbikes will be included in the calendar from 2025, as will trucks.