First Tesla Semi-trucks to be delivered in December 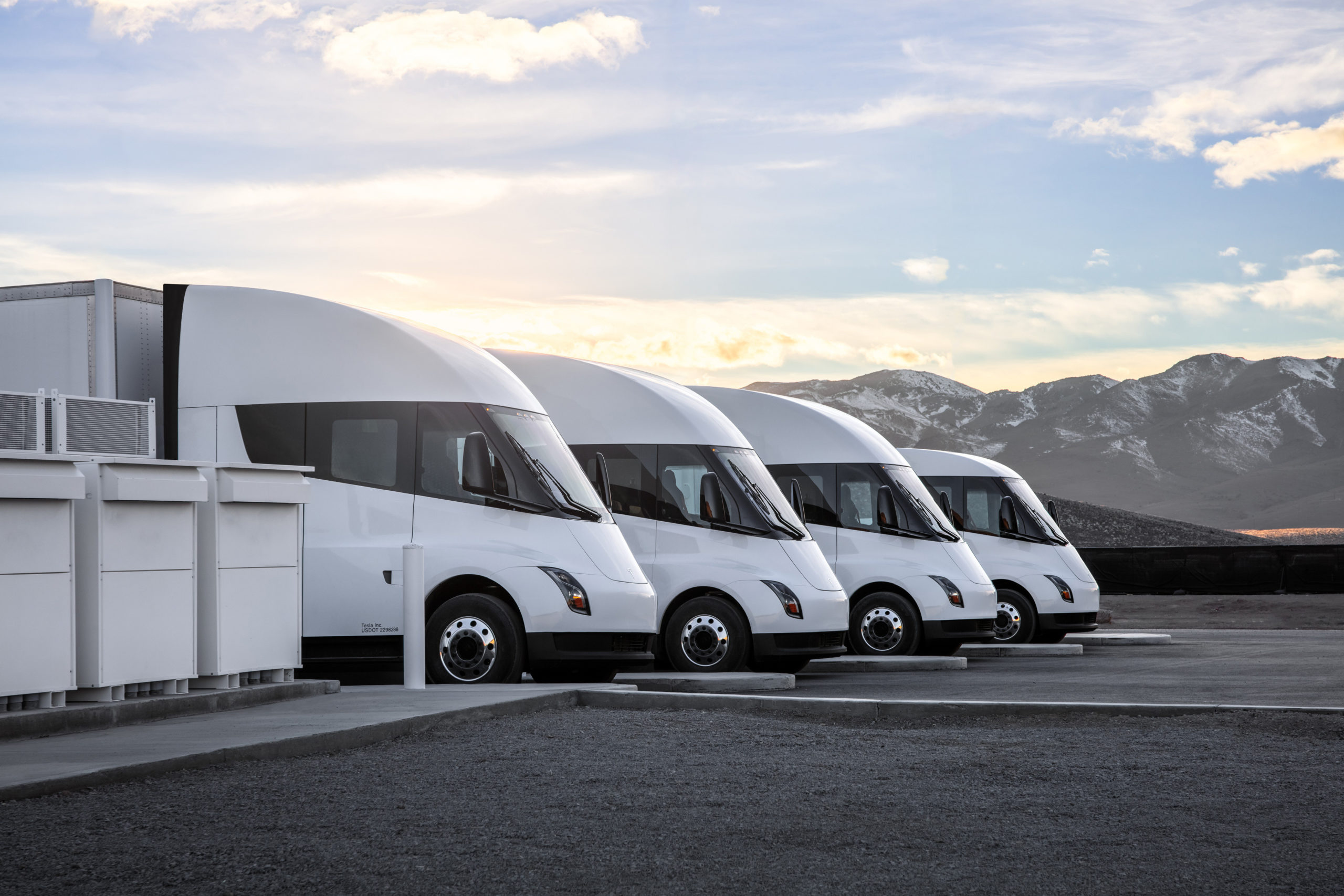 PepsiCo already put an order for 100 Semis in 2017. It will receive the first batch in December 2022 /Tesla

After a three-year delay, Elon Musk has announced on Twitter that the first batch of Semi-tractors will be delivered on the 1st of December. Beverages company Pepsi is taking that delivery. However, while this is a milestone for the EV maker, it is not pioneering in the commercial market as it did with its passenger cars.

Not too many technical details have been released yet. But Tesla is set to deliver 15 Semis to a subsidiary of Pepsico, Frito-Lay. The snacks company has been in high anticipation of the order since it’s the matching piece to make the zero-carbon puzzle for its factory complete. To charge its Semi-trucks, Frito-Lay has a Megacharger station installed on its site.

Reportedly, Tesla can handle an output of five Semis per week in its dedicated pilot factory in Nevada, aside from the Gigafactory for passenger cars. PepsiCo already placed an order for 100 electric trucks when the Semi was first shown to the public in 2017.

Though the exact details have not yet been confirmed, the Semi is expected to leave the choice between a range of 500 or 800 kilometers depending on the pack. Preliminary figures claim consumption figures of less than 2 kWh per mile and propulsion by four independent motors on the rear axles.

The original production goal was set for 2019, but the delays continued. It wasn’t believed that the truck would arrive before 2023, but Musk beat that forecast by a margin.

Half the cost of diesel

Electric trucks are primarily interesting because of their total cost of ownership. With lower energy prices for electricity – in regions where the tariffs haven’t been affected by the Russian gas stop – they can run at half the cost per kilometer compared to diesel trucks.

Even though Tesla finally managed to get the truck on the market, the company seems to struggle to pioneer in the commercial sector. Volvo Trucks already has a series of six electric models in its range, up to 44 tons.

Mercedes Trucks unveiled its newest eActros at the IAA Transportation last month, claiming a range of 500 kilometers. In the same place, MAN showcased its fast-charging 40-ton truck. So there’s already decent competition when the Semi hits the market.

Another hick-up in the commercial field is the Tesla Cybertruck, which was unveiled in 2019. If the last release date holds, the production version should hit the streets in the summer of 2023. Ford has already started delivering its all-electric F-150 Lightning, which comes with a special adapter to recharge… Tesla models.