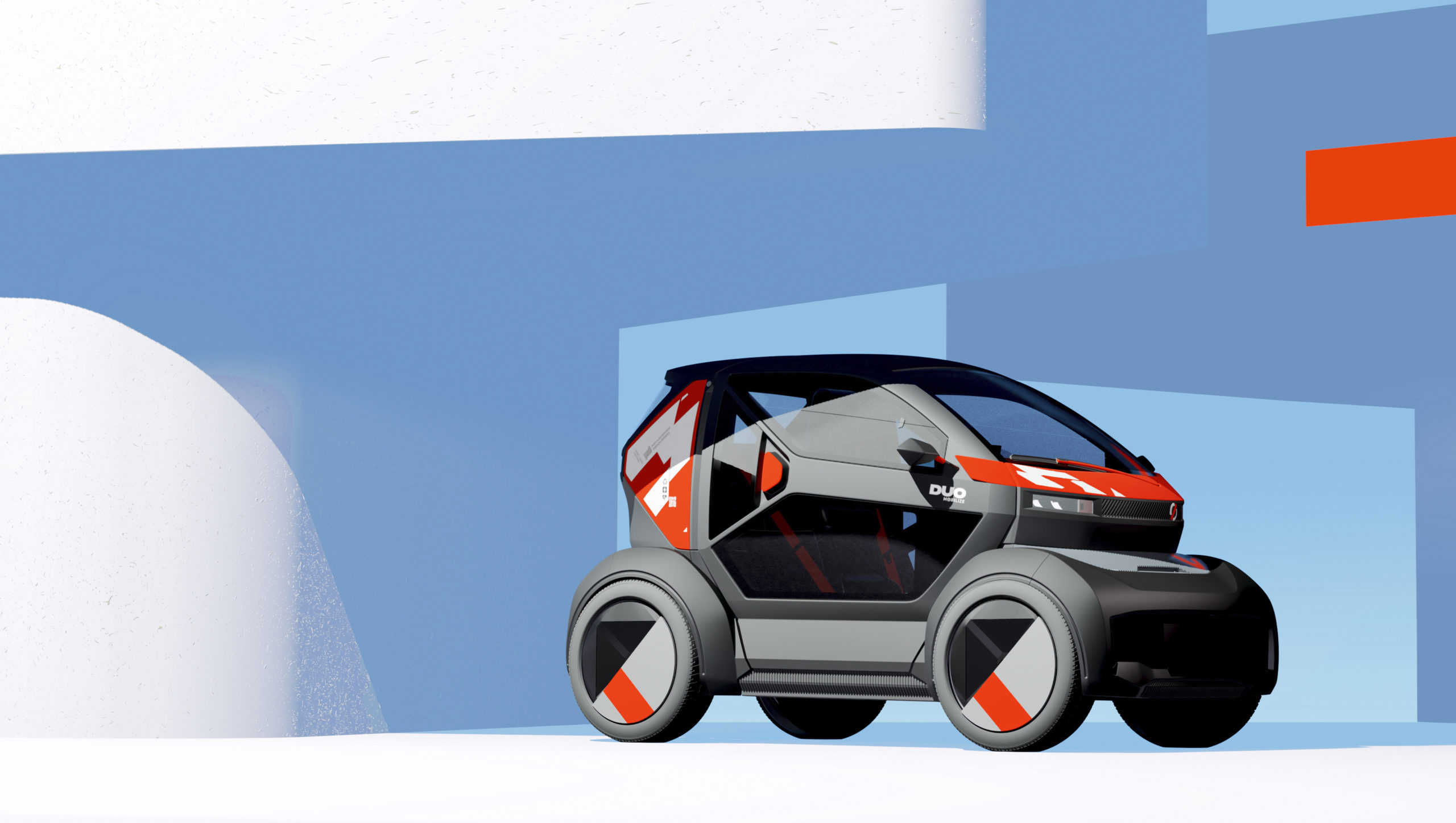 The Mobilize Duo comes in 2023 by subscription model or long-term leasing. /Mobilize

Renault’s mobility arm Mobilize has brought two concepts to the Paris Motor Show. One is a quadricycle very reminiscent of the Renault Twizy; the other one is what seems to be a single-seater version. Symbolically, the former is called Duo, while the latter listens to the name Solo. They belong to an electric ecosystem, also introducing mobile charging totems.

The Mobilize Duo certainly rings a bell. It’s an all-electric quadricycle styled like the infamous and innovative Twizy by Renault. It also copies the front and behind driving position for driver and passenger but adds more sustainable materials to make it 95% recyclable at the end of the lifecycle. With paint as a significant CO2 contributor in the automotive industry, the body panels are paint-free, while the bumpers use plastic grains.

The Duo comes in a driver’s license-free version reaching 45 km/hour and a faster one, which goes up to 80 km/hour. Though a concept, the production model will be offered on subscription and a long-term lease by the end of next year. A cargo version dubbed Bento will also be commercialized one year later. With Citroën having reached 23 000 orders for its quadricycle AMI, it is clear that Renault wants to have its share of the pie.

Another trendy concept for whizzing around town is the Solo, a single-seater cabin on three wheels exploring the boundaries of personal mobility. With a length of 1,37 meters, its footprint is tiny. The project was conceived by Renault’s Indian department, where cheap and clean urban mobility is a more tangible need than in Western Europe.

The Solo doesn’t require a helmet, driver’s license, or safety belt and is a safer alternative to scooters. It features an airbag and a foot-activated emergency button in case of imminent danger. In addition, it offers three charging options: cable, induction, and battery swapping. The Mobilize Solo looks like an even more radical mobility concept than the Toyota i-Road, which is publicly being tested in Japan.

Lastly, Mobilize also wants to readdress the concept of charging. With French product designer Patrick Jouin iD, the mobility brand developed a new vision for charging islands. In cities, these charging totems can be moved around and are modular, so they can charge bikes or vehicles depending on the needs.

This charging concept Ileo also aims at circularity. Half of the used materials are recycled, and 95% of the totems can be re-introduced in the product value chain at the end of the lifecycle. Mobilize acknowledges that it has no production plans for Ileo.