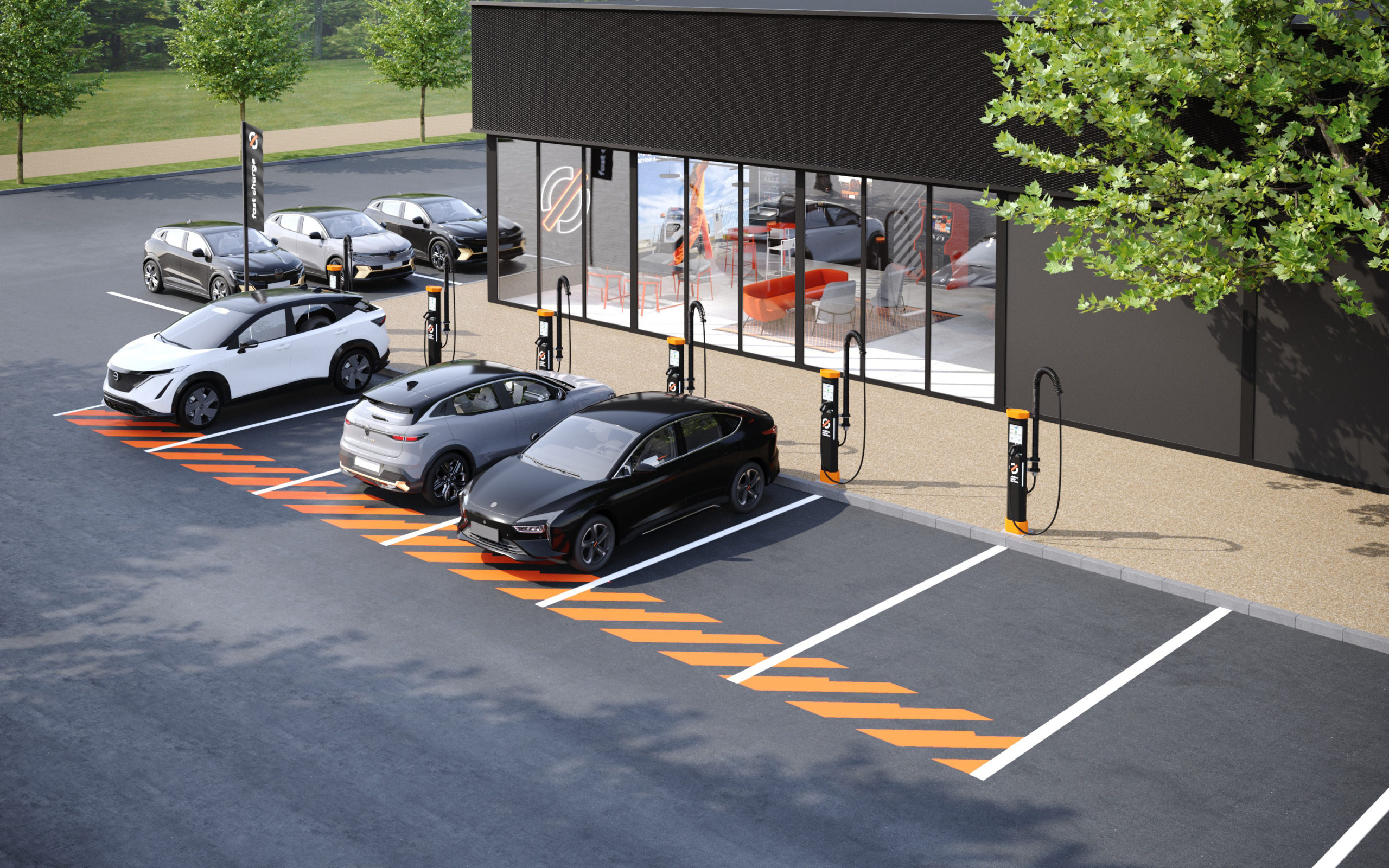 With its propriety fast-charging network, Renault won’t beat Ionity and Tesla in numbers, but it does in output /Renault

In the wake of the Paris Motorshow, Renault announced the rollout of a fast charging network across Europe. It will be located at the dealerships of the car builder and open to all car brands. With a peak power of 400 kW, the network tops today’s most powerful stations from Ionity or FastNed.

As Renault is set to unveil its electrification strategy in more detail over the coming days, its mobility subsidiary Mobilize is already upping the paces. In a surprise move, the company stated that it would construct a network of 200 fast-chargers all over Europe to challenge both Tesla (875 stations) and Ionity (336).

In combination with dealerships

Remarkably, Renault chose to step into the charging market all by itself instead of joining the larger consortium of Ionity, which comprises five big car groups. To avoid the costs associated with land acquisition, the brand will install the stations at its dealerships. Not exactly on the highway, but the promise is that these strategically positioned spots aren’t more than five minutes away from the big axes.

With charging infrastructure becoming a funnel as EV adoption grows, the less convenient locations might not prove a big hurdle. Renault also promises that the proximity of the dealerships makes for a relaxing experience for the customers, who can enjoy coffee and snacks, free wifi to get some work done, or even play video games while their car is refilling.

That waiting time shouldn’t be too long, either. Mobilize promises peak charging at 400 kW, which is 50 kW higher than Ionity and 150 kW more than Tesla’s Superchargers. However, this output is a switch on the future because neither Renault nor the competition markets a car capable of charging at such speeds. When that changes, charges from 0 to 80% should be possible in about fifteen minutes.

Renault also promises six charging points at every station, which will be available 24/7. A Mobilize charging card provides customers with preferential rates. As the network will be backed-up by stationary storage batteries, the impact of the peak output on the local grid is cushioned. The Volkswagen Group employs a similar strategy in Germany, with recuperated lithium-ion batteries from their EVs as backup storage on fast-charger sites.

Clearly, Renault realizes it arrives somewhat late to the party and decides to add some novelty features to mark its entree. With the complexity of the charging market in mind, Renault seems to bear a longer-term involvement in mind. For other brands, it’s not always evident whether they are stepping in to accelerate adoption and hand over the market to dedicated companies in a second phase.

Margins are small in the charging market, and car brands lack experience. They are often confronted with steep upfront costs like the aforementioned purchase of land, which Renault cleverly bypasses by upgrading its dealerships.

As Renault doesn’t seem to involve a partner for its fast charging network, it collaborates for one of its other innovations. Together with Software République, Mobilize is demonstrating a wall box for bidirectional charging at the Paris Motor Show. It’s not communicated when it will be commercially available. 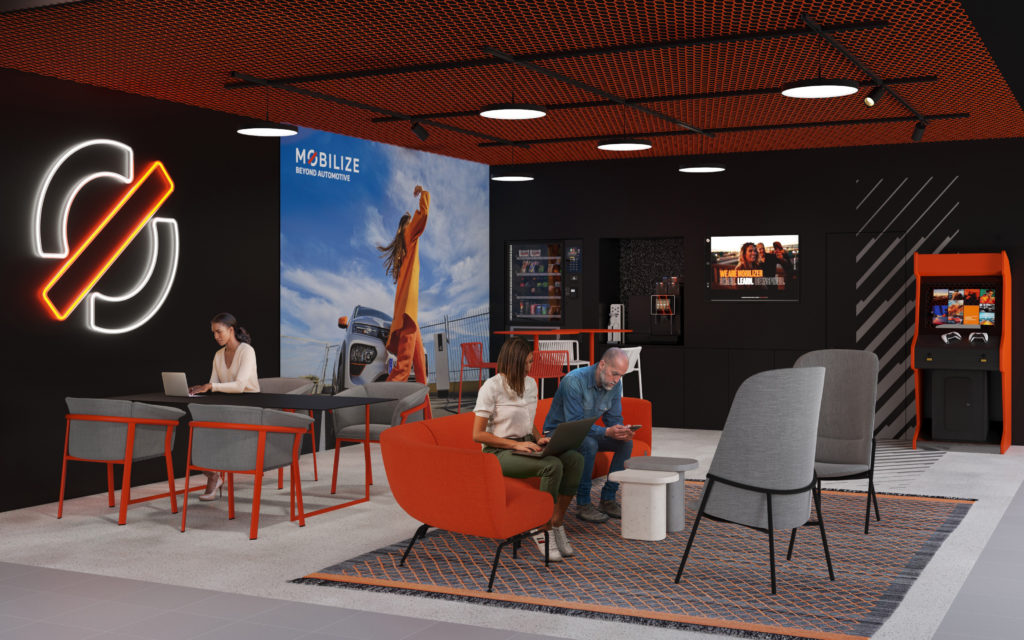