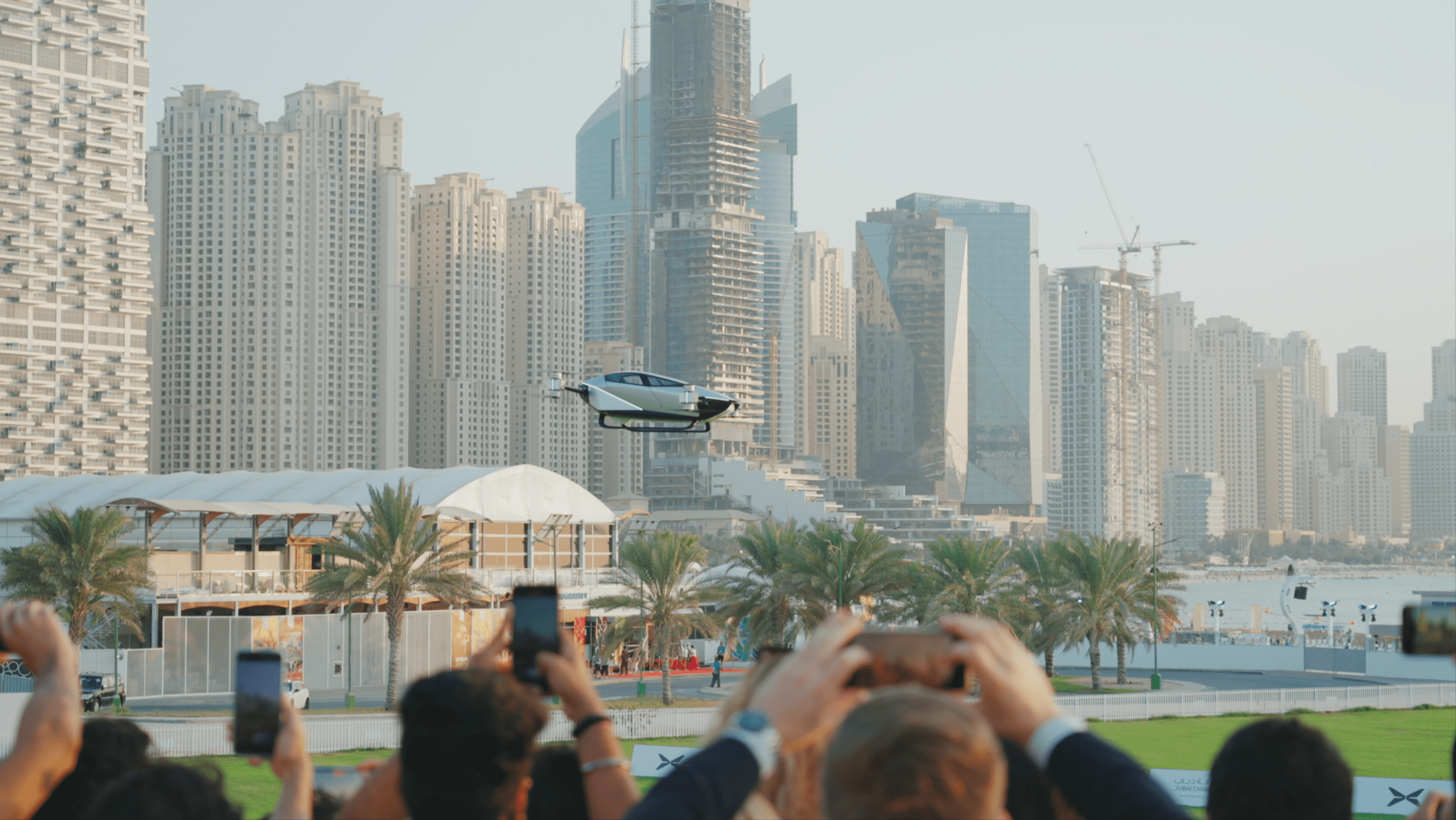 Xpeng calls the X2 a flying car, but the drone doesn’t have wheels /Xpeng

It’s getting crowded in the air. Just a week after Volocopter took its maiden flight in Rome, Chinese brand Xpeng took its so-called ‘flying car’ airborne in Dubai. The demonstration flight was organized by its aviation subsidiary, Xpeng Aeroth.

Over 150 attendees witnessed the X2 lifting off and hitting the skies on the opening day of the tech show GITEX at the Dubai World Trade Center. Though the Chinese flying car only made a vertical maneuver, CEO of Xpeng Brian Gu said it “represented a significant milestone” and “a major step in the exploration of future mobility”.

Calling the X2 a flying car, as Xpeng does, is stretching it. Based on skids like most helicopters, the vehicle has no wheels. So it’s not precisely fly and drive, but Xpeng does explain why it calls it a car. When generation six takes over, the version Aeroth is currently developing and will showcase by the end of the month, will benefit from a set of wheels.

Until then, this is purely a vertical take-off and landing vehicle or eVTOL. Basically, a manned drone like the Volocopter 2X (no typo there, apparently name ingenuity isn’t a big thing among eVTOL engineers) without any emissions due to the electric propulsion. It’s capable of the low-air transportation of two passengers and has a manual and an automated flying mode. According to Aeroth, it can reach a speed of 130 km/hour and stay up in the air for 35 minutes.

A holistic system with dedicated vertiports at strategic locations is needed to make low-air passenger transportation a reality. Xpeng didn’t go as far as Volocopter, which announced the rollout of such infrastructure around Rome last week.

Taking off for these start-ups isn’t exactly a breeze. Air taxis are often marketed as the next big thing, but many uncertainties remain. This was demonstrated last month when the firm Kittyhawk, backed by Google founder Larry Page, announced that it was throwing in the towel after ten years of development in flying taxis.

However, Xpeng doesn’t seem to eye commercial passenger transport with the X2. Instead, it wants to meet the needs of specific purposes like sightseeing for tourists or urgent medical transports.