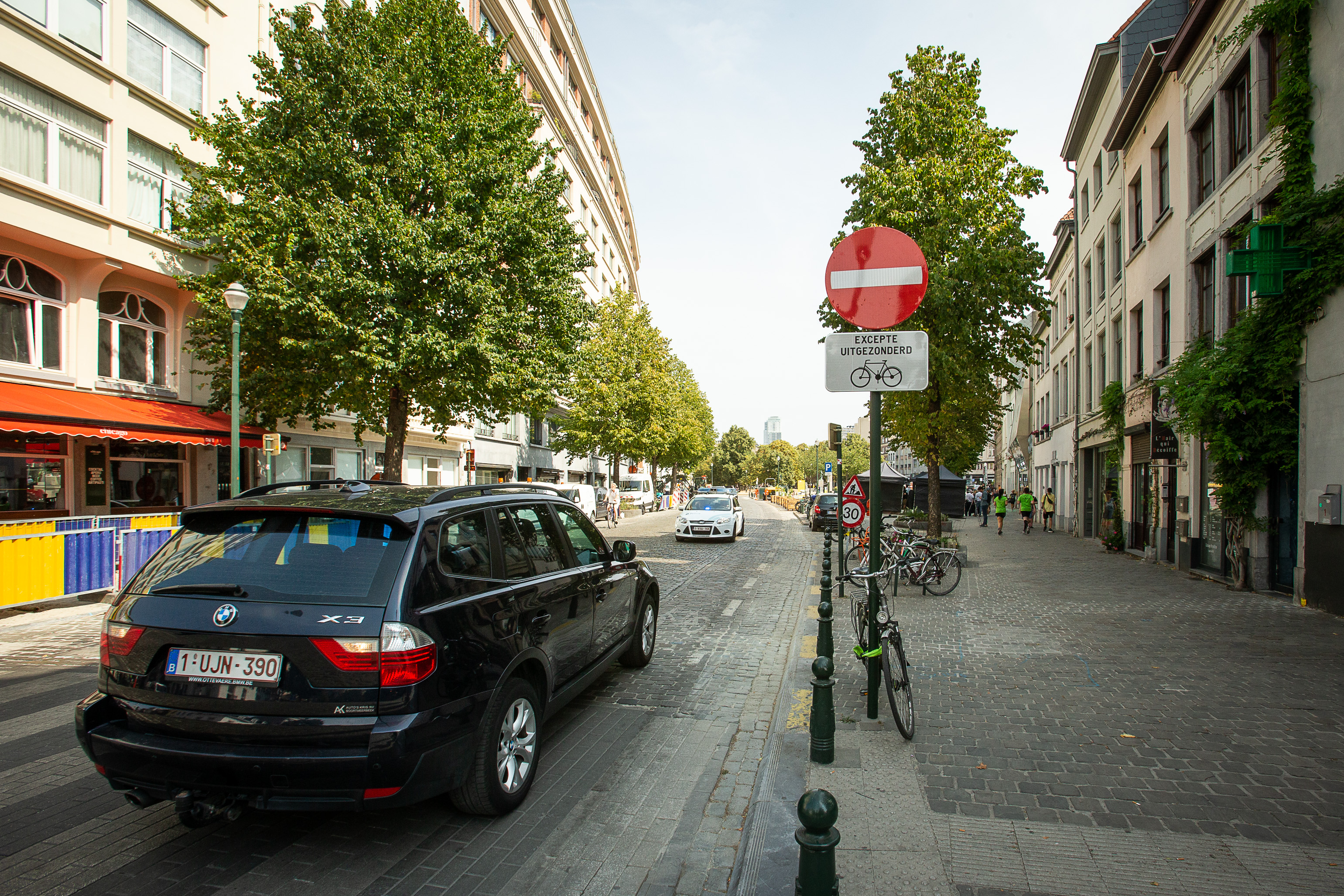 Picture shows the first day of a new circulation plan for the city center (Vijfhoek – Pentagone), in Brussels, Tuesday 16 August 2022. The opposition and some citizens have called for an end to Good Move in the Pentagon at the City Council on Monday /Belga

In a citizen’s interpellation at the Brussels City Council on Monday, citizens demanded the immediate halt of the ‘Good Move’ traffic plan in the center. The citizens said they had not been sufficiently consulted.

They also blamed the Alderman for Mobility, Bart Dhondt (Groen), for not being visible enough on the ground. In turn, some opposition parties called for a temporary moratorium on implementing the plan.

Appeal to the Council of State?

During the intervention, the citizens mentioned the numerous difficulties they encountered inside the Pentagon, where the traffic plan has been in force since mid-August. They, therefore, asked for immediate abolition. “Unfortunately, we do not feel that reversing some of the traffic directions will alleviate the unrest in the neighborhoods,” they said.

“We know this is an important change, and we are asking a lot of our citizens,” Mr. Dhondt acknowledged. However, this answer did not seem enough for the citizens who spoke up. The Belga news agency did not say how many citizens were involved. However, one of them did not rule out an appeal to the Council of State.

Demand for a moratorium on the circulation plan

In the context of this dossier, the town council also rejected a motion by the MR and Open Vld group, who are in opposition, to put an immediate end to the test set up as part of the Pentagon’s Good Move Traffic Plan. Instead, the Liberals want a freeze on the circulation plan for the next ten to twelve months.

The Liberals also proposed to organize a broad consultation based on the needs of the inhabitants, shopkeepers, deliverers, and businesses in the Pentagon neighborhoods and to come up after this consultation with a new and widely supported plan.

The Liberals also suggested that the council would ask the college of mayors and aldermen to “present, as soon as possible” to the municipal council a new traffic plan better adapted to the realities of the neighborhoods and better coordinated with the various construction sites, in particular the inner ring road.”

The leader of the Liberal group justified the tabling of his motion by the “serious difficulties” that have arisen since the implementation of the Pentagon traffic plan on 16 August last, as well as by the “absence of corrections to the mobility problems noted in the Marbles, Saint-Jacques, Anneessens, Chicago, Marais, Senne, Sablon and Dansaert neighborhoods.”

He also highlighted the decisions of the neighboring municipalities of Molenbeek and Anderlecht to end their mobility test phase following requests from the population or the announcement by the acting Mayor of Evere, Ridouane Chahid (PS) that “there will be no Good Move plans in Evere”.

The motion was ultimately not approved. Only MR, Open Vld, and PVDA voted in favor, while CD&V and Les Engagés abstained. The Christian Democrats also consider the timing of the plan’s start to be unfortunate now that the works on the Trône tunnel are causing additional inconvenience.

In response, Mobility Alderman Bart Dhondt (Groen) once again detailed, district by district, the adaptations made since the end of August to resolve the difficulties encountered and the results achieved.

The alderman also explained that quite a few participatory moments did take place with traders and citizens, both leading up to and after the launch of the circulation plan. “Since it came into force, there were already dozens of meetings, and based on the initial input, we have already made some adjustments,” Dhondt explained.

He reiterated that the plan would continue to improve where necessary. However, the Liberals’ way of speaking out against the plan is met with incomprehension. “A moratorium is a city standing still and not reforming itself. What is worse is that with your moratorium, you continue to do the same thing you have done since the beginning of the circulation plan. That is ‘Brussels bashing’. The traders I speak to are just asking me to stop doing that,” Dhont said.

Mayor Philippe Close (PS) added the negotiations opened with the Region to obtain the reopening of the Trône tunnel on the inner Ring Road shortly. “Traffic in the city is a means, not an end,” he insisted.

At the end of the debates, the chairwoman of the council and the elected representatives welcomed the calm in which the discussions were held, in contrast to other municipalities.

Meanwhile, ‘No Good Move’ citizens’ committees have been set up in several Brussels municipalities. Supporters of the Good Move plan are also making themselves heard. Under the hashtag #WeLoveGoodMove, they have launched a petition. Currently, 2 161 people have signed the petition.