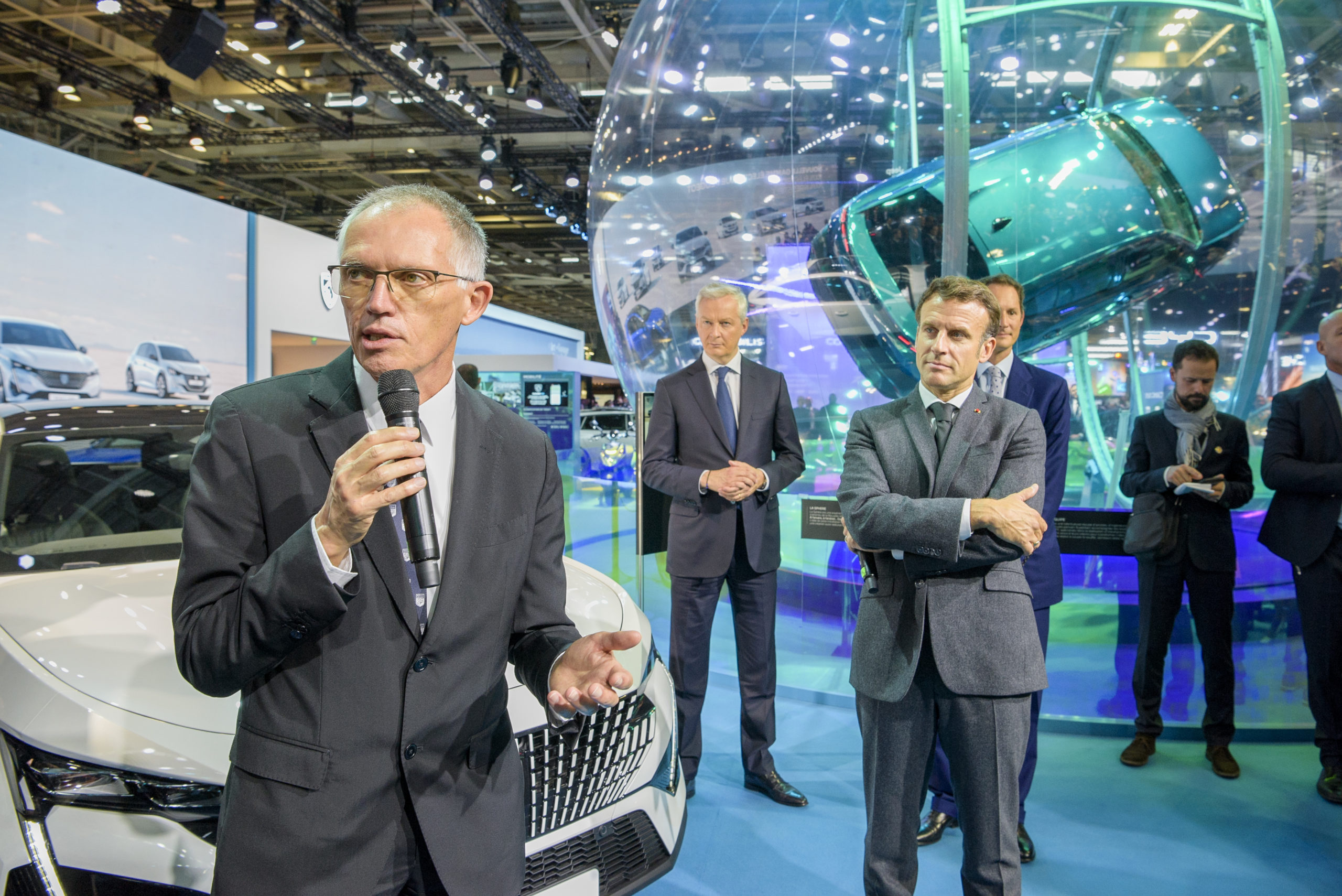 At the press day of the Paris Motor Show on Monday, CEO of Stellantis Carlos Tavares lashed out at European policy concerning electrification. He stated that a ‘made in Europe’ label should receive preferential subsidies. He also repeated his warning on the social implications of abolishing the combustion engine, claiming electrification is too expensive for the masses.

While commenting on the overwhelming presence of Chinese EV makers in Paris, Tavares dug up a taboo. On RTL, he said: “There must be reciprocity between what we suffer in Europe and what is imposed on us outside Europe.”

The boss of Stellantis was pointing at China and North America, where politicians have put protections in place that favor locally produced EVs. The EU should adopt similar measures, or European car makers risk being overshadowed by Asian and other foreign brands.

France’s Head of State, Emmanuel Macron, backed Tavares while visiting the Peugeot stand at the motor show. He called it “quite cruel” that 80% of European electric vehicles are imports. “The Americans are buying American and are pursuing a very aggressive strategy of state aid. The Chinese are closing their market,” he added later on in an interview with newspaper Les Echos.

Despite the plea of these two heavy-weights, the case for a European EV preference isn’t easy. It collides with the EU rules of free competition. Experts only see a way out if subsidies were linked to environmental criteria, which would automatically favor locally produced electric cars.

When Biden passed the Inflation Reduction Act to support North-American EV and battery production with incentives up to 7 500 euros, the EU denounced his protectionist move. But no contra-measures are on the table.

Tavares also commented critically about the implications of banning fossil fuels as of 2035 and wiggled away the upcoming Euro 7 emission ruling as “useless”. “I know that many do not share this position, but I think it is a logical position. Euro 7 should be abolished,” replied the boss of Stellantis on the upcoming anti-pollution ruling to journalists asking about the matter at the press conference.

Because of their strictness, Tavares believes Euro 7 should be skipped, not being worth the considerable investment to make combustion engines comply. “They will probably go beyond the law of physics,” he concluded and continued that the resources are better spent on the expensive electrification program.

Hybrids in a first phase

However, the dogma of the electric vehicle for all because of the 2035 mark isn’t manageable, according to Tavares, who doesn’t see a possibility of manufacturing an EV in France for less than 20 000 euros. Therefore, in order not to jeopardize the mobility needs of the middle class, a transitional solution is needed, where old cars should be replaced with hybrids in a first phase.

Nevertheless, global player Stellantis keeps on investing in the Old Continent. Tavares further announced that the group would double its number of electric cars made in France from six to twelve. Meanwhile, the group is reassessing its production of Citroën and Peugeot badged vehicles in China, because of unsatisfactory sales and acclaimed “geopolitical uncertainty”.