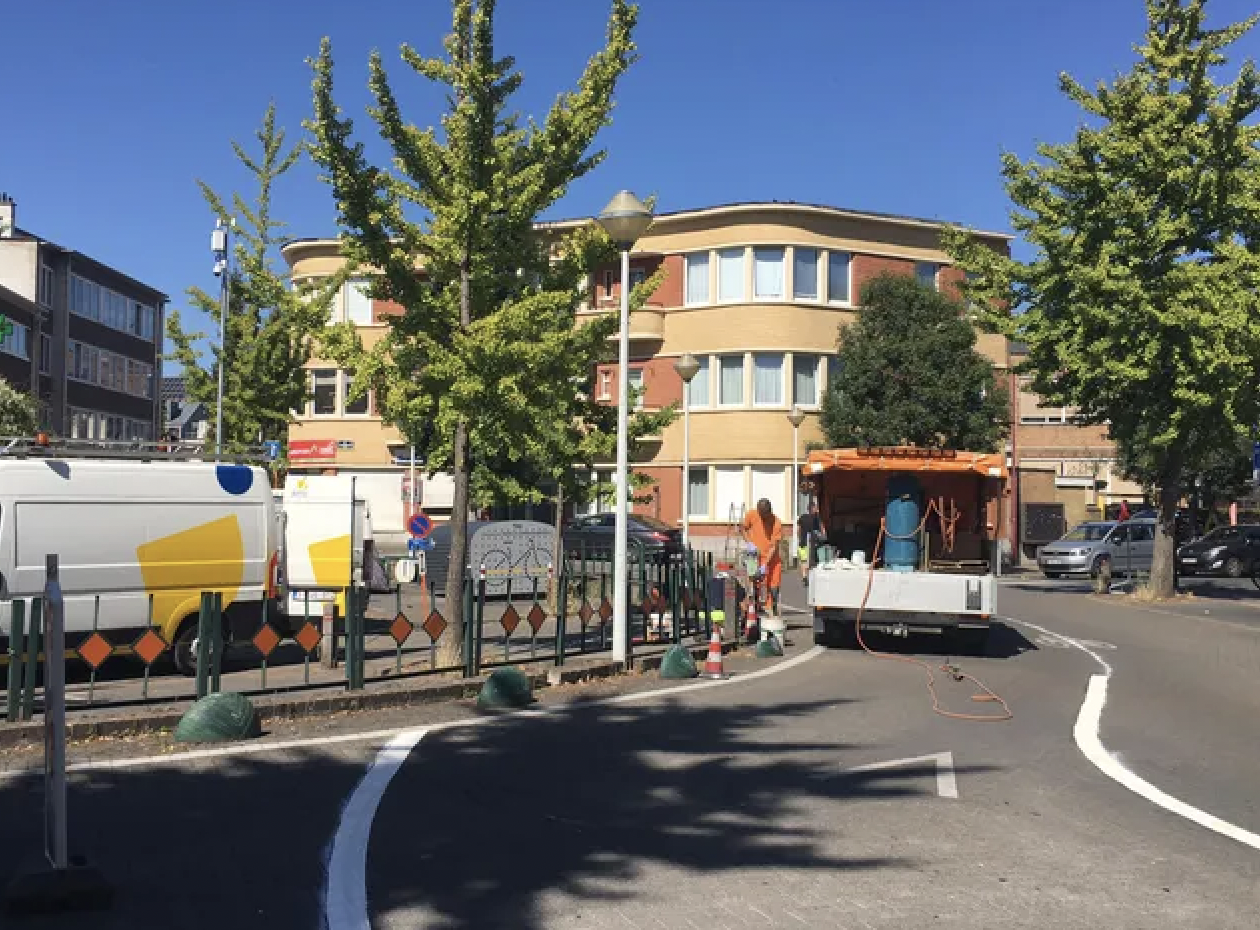 The Brussels municipality of Jette is putting the further development of its circulation plan on pause. Mayor Claire Vandevivere (Les Engagés) announces that the circulation plan, due to numerous criticisms, will be evaluated ahead of time, and residents will be extensively questioned. Among the green majority parties, there is dissatisfaction with the decision.

On the other hand, Sint-Gilles municipality is pushing ahead with its circulation plan, although it has worked out its own alternative version, says mayor Jean Spinet.

No implementation of the next two phases

The Good Move circulation plan in the Lecharlier district was launched in Jette on 6 September. However, criticism of the plan did not cease in this Brussels municipality either. Residents and traders turned against the plan. They drew up a petition, and there was also sabotage by pulling traffic bollards out of the ground.

Jette municipality has now decided not to implement the next two phases of the circulation plan for the time being. However, to maintain calm and allow for comparison, the traffic filters at Amnesty International square and the Longti-Morantin intersection will be removed in November.

An early evaluation and major survey of residents, merchants, and users of the Lecharlier neighborhood will follow in December. It will then be decided in early 2023 whether the existing redesigns will be modified or removed.

The majority of the executive council took the decision to take a break but is not supported by Ecolo-Groen Aldermen Bernard Van Nuffel and Nathalie de Swaef. Instead, they speak of a dismantling of the circulation plan.

“Announcing now that the plan will be dismantled anyway, as our majority partners have decided, does not show good governance,” argues Alderman Van Nuffel. “To dismantle the Lecharlier circulation plan without waiting for the outcome of the evaluation is to deny the legitimacy of the college’s decisions. Moreover, it undermines the democratic debate in which the opinion of those who do not call out also counts.”

Mobility Alderwoman de Swaef emphatically asks that the circulation plan be maintained until a thorough evaluation is done. “When you implement a project, you must take the time to evaluate seriously to see what works and what doesn’t. This also applies in the field of mobility, where the first few weeks are often difficult because people must change their habits. What we have in mind is a neighborhood where children can move around safely, where every means of transport has its place, but with a balanced and shared space,” de Swaef explains.

After previously Molenbeek and Anderlecht, the Jette municipality is the third Brussels municipality to make early adjustments to its circulation plan following criticism and vandalism.

On Monday, the Brussels city council decided to go ahead with the Good Move circulation plan, despite a citizen’s interpellation.

Sint-Gillis municipality has also announced its new mobility plan, but not being entirely convinced by Good Move, the municipality has worked out an alternative of its own. “I don’t want to launch a vast mobility plan in a hurry, as has been the case elsewhere,” says Mayor Jean Spinet (PS) in the newspaper La Capital, who has not won over by the initial proposals of Good Move for his municipality.

However, the mayor assures that he does not reject Good Move but that Saint-Gilles adapts the regional plan to the municipality’s needs. That is why Saint-Gilles is proposing its own mobility plan: Cool Move.

The municipality wants to promote pedestrian, cycling, and public infrastructures, without harming residents who use their cars for professional purposes or traders. The Cool Move plan is still being studied and will be subject to public consultation.

It will probably be launched in the spring of 2023, and one of the options on the table is rethinking the routes of the tramlines passing through the busy traffic junction Barrière.