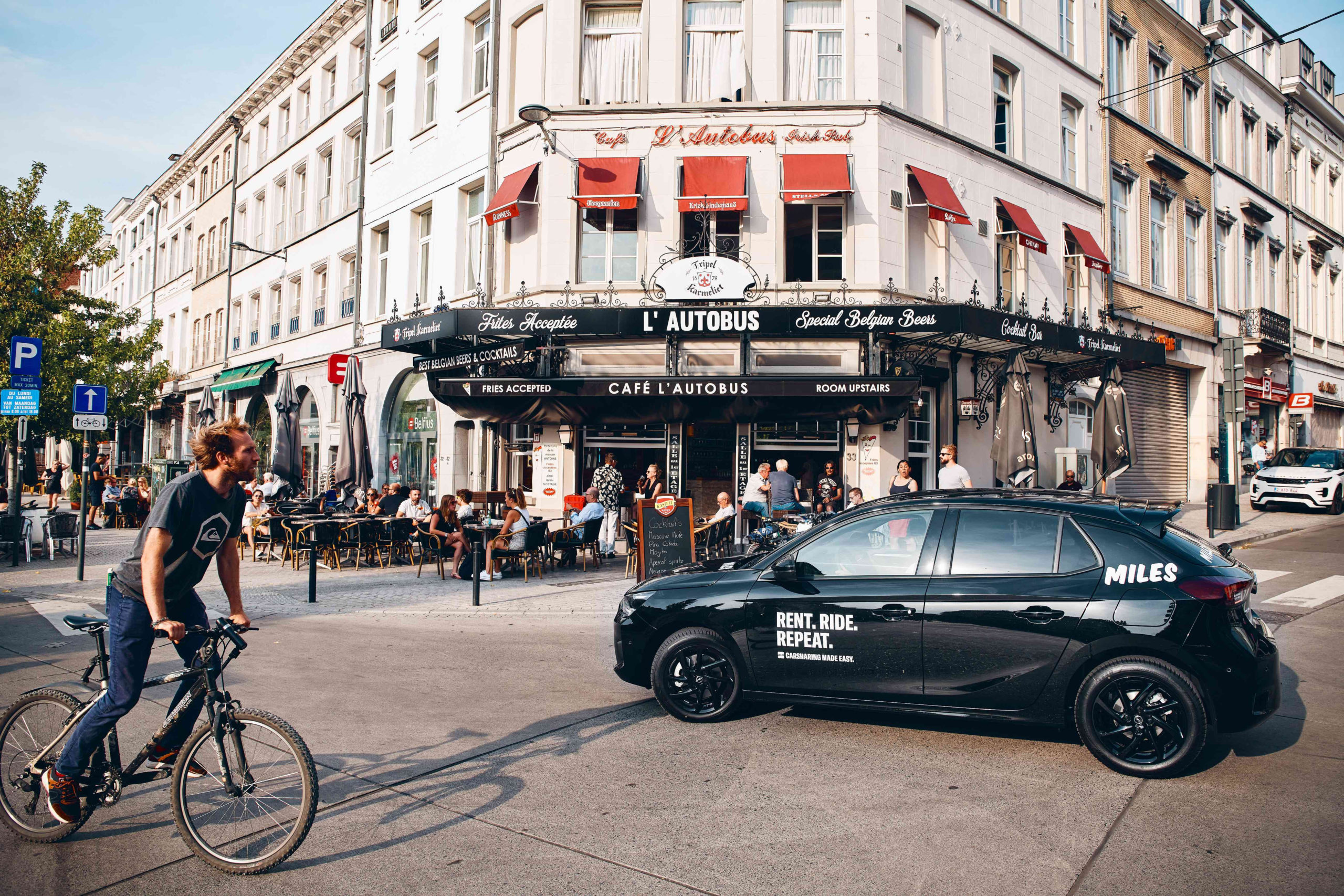 After Ghent, the shared cars from Miles are also available in Brussels. Antwerp is next /Miles

German car-sharing company Miles is expanding its presence in Belgium, and after its debut in Ghent, it is now also available in Brussels. The company is running a fleet of 100 Opel Corsa models in the capital, which are offered in a Mobility-as-a-Service (MaaS) model. Antwerp is the next city on the strategic roadmap.

“It was the next logical step to introduce our service in Brussels. The city is open to new forms of mobility,” says Managing Director for Miles Belgium Robin Gasthuys. As of Tuesday, citizens in the capital can download an app and book a rental for one of the Miles cars.

In the app is an interactive map showing the available units. Users pay €0,98 per kilometer and €0,29 per minute for parking. In addition, the company offers special tariffs for longer loans. Fun fact: per city, Miles also deploys a charity car. Every euro spent on this will be donated to a local good cause. In Brussels, this is HOMI Tours, supporting the homeless.

With a presence at two locations, the service also allows city-to-city trips. So, customers can travel from A to B with the possibility of leaving the car at the destination instead of at the point of departure. Shortly, the company will also include the airport of Zaventem as a final destination and offer purely electric cars.

Official regulations bind car sharing. But the expansion of Miles coincides with a new framework that came into effect in Brussels this month. The rental period can now extend up to fourteen days (instead of three), and providers can adapt their tariffs since they are no longer forced to include the usage time.

Car-sharing companies, like Poppy and Cambio, charge per minute or include a timing fee, but Miles is known for charging per kilometer. It is unclear whether the other companies will change their pricing, but this seems likely as competition grows.

Electric car-sharer GreenMobility, currently available in Ghent and Antwerp, will join the pack soon with a fleet of 100 EVs. “Therefore, I am pleased that Brussels is increasingly open to different car-sharing providers,” says Brussels Minister of Mobility Elke Van den Brandt (Groen).

The concept of car-sharing is riding a high tide. Due to the turmoil in the car sector, with heavily delayed lead times, skyrocketing fuel prices, and more flexibility for home-working, people are rethinking their mobility needs. So, they steer away from private car ownership. With a user base of 194 000 people, seven times more Belgians turn to car sharing than five years ago.