For China only: Honda e:N2 on bespoke architecture 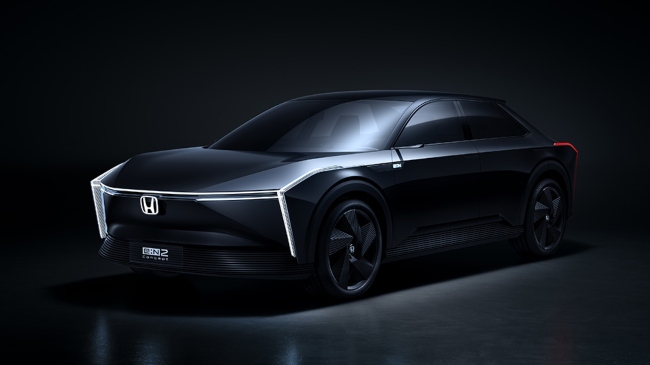 According to Honda, the e:N2 Concept exhibits a style that doesn’t belong to any category /Honda

At the China International Export Expo (CIIE), Honda unveiled the e:N2 Concept, the prelude of a new all-electric sedan developed for the Chinese market. It’s part of Honda’s electrification offensive that intends to launch ten EVs in that market and is a continuation of Honda’s earlier unveiled e:N family.

Aiming at the world’s largest EV market, the sleek-looking e:N2 arrives shortly after the company unveiled its regional electrification plans. The Concept is a further preview of the second phase of its strategy, with the first one being the launch of the e:NS1 and e:NP1, which are all-electric versions of the HR-V.

Building on Honda’s e:N Architecture F, the e:N2 sits on underpinnings bespoke for all-electric driving. Honda hasn’t released details on the battery pack nor the electric motors but talks of ‘unique driving pleasure’ and ‘crisp handling’ thanks to the brand’s dynamic technologies.

As Honda CEO Toshihiro Mibe puts it: “In the N product matrix, by 2027, ten pure electric vehicles will be launched one after another, and at the same time, it will provide Chinese users with e:N products full of endless fun with a solid and stable full value chain system.”

The futuristic styling isn’t wholly unfamiliar since it reminds of the previous e:N studies Honda unveiled. The angular looks and the sharp-lined lighting refers to the e:N SUV Concept, e:N GT Concept, and e:N Coupé Concept, the carmaker revealed at the beginning of the month. Honda says that the design “does not belong to any existing category. But the e:N2 seems to aim for the popular longer wheelbase sedans.

The interior is essential in that category, but Honda keeps it hidden, stating only that the e:N2 seeks to satisfy its passengers with ‘intellectual exhilaration’. If this sounds vague, Honda is referring to so-called innovative hospitality features like special mood lighting and perfume dispensers, comfort items that are popular among Asian customers.

Instead of global, Honda’s electrification strategy focuses on local markets. As of 2022, it only sells ‘electrified’ models in Europe, with the Honda e as the only battery-powered vehicle. The strategy for the US is a technical collaboration with GM at first, with whom it will also develop a budget BEV. China will be the first market where the propriety BEV architecture is introduced. As of 2040, Honda will only sell EVs in every part of the world.