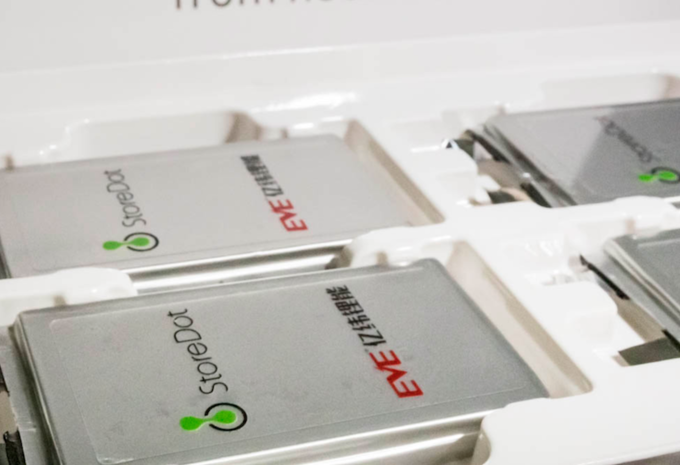 According to Israelian battery start-up Storedot, the automotive industry should brace for the interim solution of semi-solid batteries in the medium term. While all eyes are set on a rapid introduction of solid-state technology, the company warns that mass production for that type of battery is still a decade away.

Solid-state batteries are highly anticipated because of their fast-charging capabilities, safety standards, and high energy density. While plenty of start-ups and carmakers are investing in this holy grail, Storedot wants to bring some realism to the table about a possible timeframe for the technology.

“It’s crucial that leading battery developers like StoreDot give global automotive manufacturers a realistic and hype-free roadmap for the introduction of extreme fast-charging battery technologies,” says Doron Myersdorf, CEO of Sytoredot. “Right now, despite some of the bullish claims by our rivals, all-solid-state batteries are still at least ten years away. They are certainly no silver bullet for any vehicle maker currently developing fast-charging electric vehicle architectures.”

Pointing at the simpler manufacturing process, their enhanced safety, and the capability of charging 160 kilometers in under three minutes, Storedot believes first hopes should settle on semi-solid batteries. The company has projected mass manufacturing these in 2028.

Scaling the production of solid-state batteries has been a particular worry for the sector. However, Volkswagen-backed QuantumScape has claimed that it will start testing with the solid-state batteries from its pilot manufacturing line as of next year. Its competitor SolidPower is already running a pilot line for solid-state cells and sticks to its objective of implementing them in production cars by 2028.

Semi-solid batteries are more energy-dense versions of the regular lithium-ion cells found in current EVs, using solid and liquid electrolyte components. They are easier to manufacture at higher rates than solid-states. Some experts even claim that semi-solid will make the latter defunct. Nio and Dongfeng are two carmakers betting on semi-solid, which technically have less energy density than solid-state.

For Storedot, this is not a matter of substituting technologies but rather busting a hype for a speedy adoption. Their message resonates because the company is a pioneer in fast-charging technology and develops solid-state batteries. Its business plan entails three phases, starting with silicon-based cells in 2024, moving to semi-solid in 2028, and arriving at solid-state in 2032.

Storedot is supported by some big names in the automotive industry. Polestar, Volvo, and Daimertrucks are major investors.