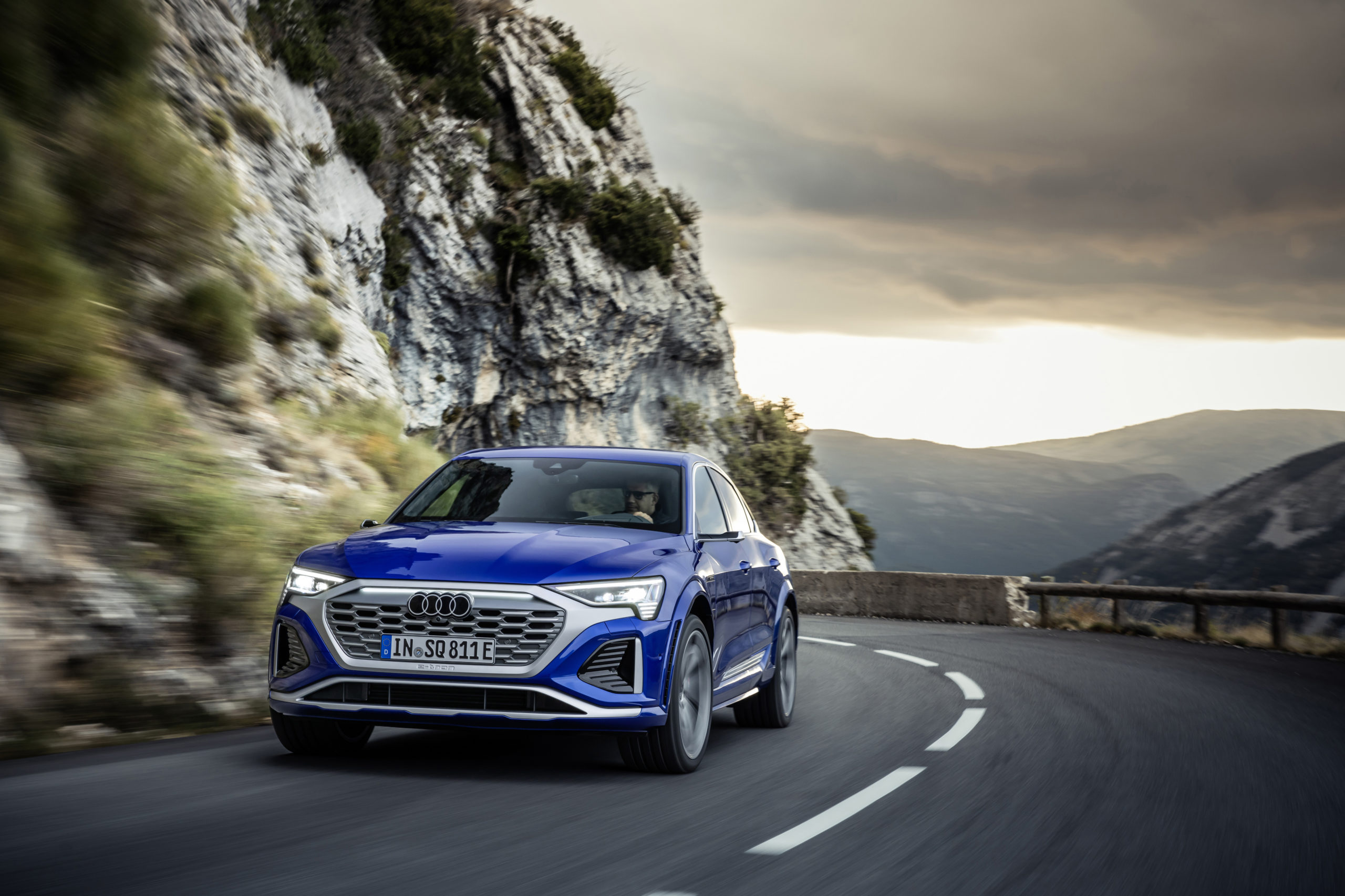 The facelifted E-Tron is more than a cosmetic change, but features bigger battery packs all across the range /Audi

A new name and considerably more range. Those two novelties sum up the facelift for the Audi e-tron and its more dynamic coupé-like version, the Sportback. The updated model is easily recognizable by its new nose, featuring a more prominent grille and a led strip between the headlights.

At the back, the badge has been changed to Q8 E-Tron, to toe in the model with the modern nomenclature Audi deploys for its EV range. It’s worth noting that there is already a Q8 in the line-up, which is the brand’s most sporty SUV relying on combustion drivelines (with the RS sharing his with the Lamborghini Urus) and a reclining roofline. There’s some technical overlap between the vehicles, but basically, they are two different product lines.

While the interior sits at a status quo, the featured battery packs have evolved significantly. Instead of a 65 kWh pack in the 50, the base model now profits from a capacity of 89 kWh. Previously criticized for its mediocre range of 300 kilometers, the 50 can now provide 480 kilometers in between charges.

In the higher-positioned 55 and S models, Audi even managed to cram in a battery pack of 104 kWh, which was 87 kWh in the pre-facelift model. As a result, the autonomy in the higher-grade models rises from 446 to 580 kilometers.

Even the more athletic S still manages an official 500 kilometers despite its three electric motors and bigger wheels. The improved range can also be attributed to aerodynamic tweaks, lowering consumption.

As for fast charging, Audi has only upgraded the inverter on the 55 models, which can now handle 170 kW (from 155 kW) to keep fast charging within the range of half an hour. With 31 minutes for a 10-80% charge, the facelifted model is only three minutes slower than before. On the outside, Audi also introduced a new two-dimensional logo while the brand name and model are shown printed on the window at the B-pillar level.

Introduced in 2018, the e-tron was Audi’s first EV built upon a modified version of the MLB evo architecture. Currently, the brand is preparing and testing a dedicated platform for big electric SUVs called PPE (Premium Platform Electric). The Q6 will be the first model riding on those underpinnings and will slot between the Q4 (also on a dedicated platform) and the here-mentioned Q8.

The Q6, which will also become available in a Sportback version, was poised to hit the markets this year. Together with its technical twin at Porsche, the Macan EV, it has been delayed by one year over software problems with the latest E3 1.2 platform.

This architecture is made by the CARIAD branch within the VW Group, which is suffering from development issues that have led to the premature ousting of former CEO Herbert Diess.