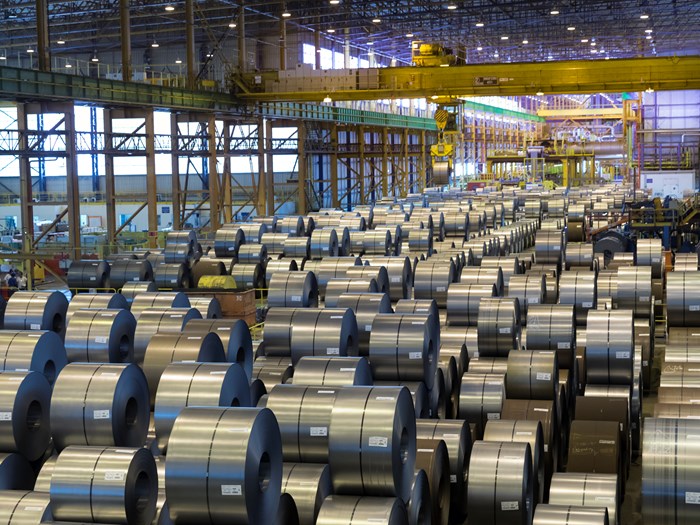 French steelmaker ArcelorMittal accounts for 4% of French emissions. President Macron promises more resources if the French industry manages to cut emissions by half in 10 years /ArcelorMittal

French President Emmanuel Macron has proposed a decarbonization pact to France’s most prominent CO2-emitting industrialists. The French news agency AFP reported that it includes a doubling of public aid to 10 billion euros in exchange for a doubling of their efforts in this area.

Macron, who has just returned from the world climate conference COP27 in Egypt’s Sharm el-Sheikh, said this on Tuesday to the heads of the 50 French industrial sites that emit the most CO2 from sectors as diverse as cement, aluminum, steel, fertilizer, sugar, and fuel. The aim is to halve the greenhouse gas emissions of these sites in ten years.

“If projects and sites are identified within 18 months, if you double your efforts, if we manage to move from 10 million tons of CO2 avoided to 20 million investigated, we will double the resources devoted to this issue and increase the envelope from 5 to 10 billion euros of support,” the Head of State told the industrialists gathered at the Elysée Palace.

To achieve this, the French government would draw up a precise plan for the next six months and the coming years, “sector by sector”. These 50 sites alone, including, for example, ArcelorMittal steelworks in Dunkirk of the ExxonMobil and TotalEnergies refineries in Normandy, represent 30 000 jobs and half of the industry’s emissions, i.e., 10% of the country’s emissions.

Not happy with American plans

Environmental specialists generally consider Macron’s first five-year term too timid in the fight against climate change. On Tuesday, Macron insisted on his desire to accelerate this fight and reindustrialize. “Decarbonization is one of the elements that should allow us to continue to create industrial jobs,” Macron said.

The head of state especially pointed to the exacerbated competition from economic powers such as the United States, which is promising massive public subsidies for decarbonization within Biden’s green investment plan (Inflation Reduction Act), with a risk of de-industrialization if the Europeans do not follow suit. “This is not in line with WTO rules,” he insisted, promising to put the issue on the table during his state visit to Washington in early December.

Map of 50 most polluting sites

In the meantime, Macron asked the French industrialists that “ecological transition contracts” would be signed to set in stone the promised efforts, site by site, and sector by sector, under the aegis of the Minister for Industry, Roland Lescure.

To track progress, the plan is to put France’s map of the 50 locations with the highest CO2 emissions online. If you scrutinize that map, you will see that northern France stands out with 12 million tons of CO2 emissions, followed by the Marseille-Fos basin with just over 10 million tons of CO2, and the estuary of the Seine in Normandy.

The goal then is to make France carbon-neutral by 2050. But just like Macron, minister Lescure warned against massive relocation within this decarbonization process. “If we don’t do it in France,” the decarbonization of the five blast furnaces that ArcelorMittal has in France “will be done elsewhere”, he warned.

The French government must now, within six months, present a plan to integrate these amounts into the work of the multi-annual energy programming.

According to Macron, the planning will have to be done by technology, mentioning hydrogen (which will be used by the steel industry to replace coal), the development of biomass to replace gas, the electrification of sea and river ports for the transport of goods, or the capture and reuse of CO2.

For their part, the industrialist present insisted on having access to a “stable” and “massive” source of electricity. The technical problems of EDF in its power plants are still, after all, far from being resolved. EDF last week lowered for the fourth time the expected output of its nuclear power plants for this year. Four plants under investigation for corrosion will remain unavailable for longer. Only 29 of EDF’s 56 reactors are currently operational.