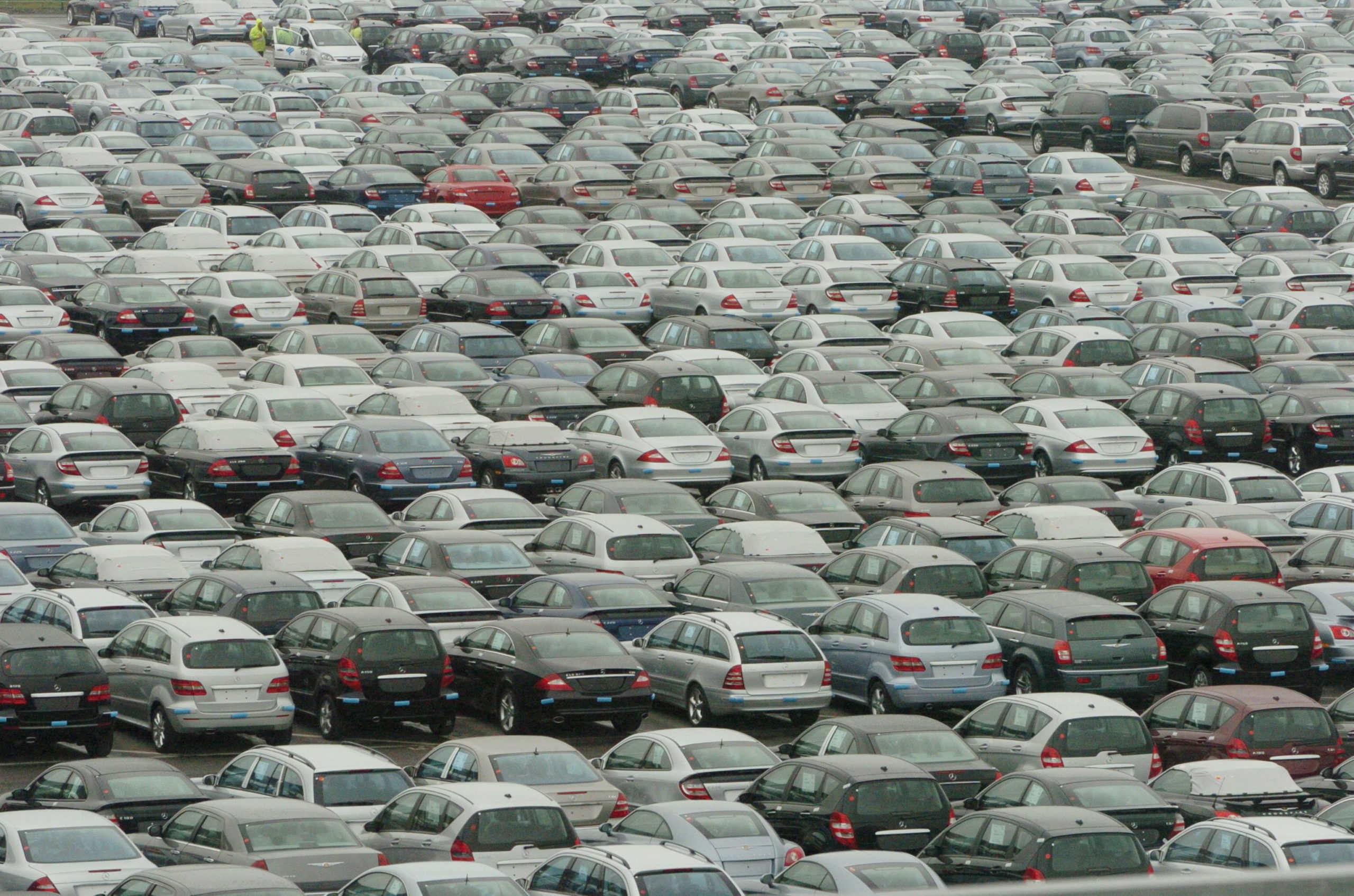 According to Greenpeace Germany, automakers are on track to sell 400 million more vehicles than is feasible to keep global temperatures under 1,5°C /Belga

To meet the Paris agreement’s goal of limiting global warming to 1,5°C above pre-industrial levels, the planet cannot support more than 315 million additional internal combustion engine vehicles by 2040, Greenpeace Germany reports based on a new study of the production forecasts of the world’s major carmakers.

Carmakers plan to sell about 712 million more, an ‘overshoot’ of 396 million cars, according to the study. “Given the inconsistency between manufacturers’ forecasts and what is needed to meet the Paris Climate agreement, manufacturers must accelerate the drive to increase sales of electric vehicles,” the NGO warned in its report.

To reach these figures, experts from the University of Technology Sydney (Australia) and the Center of Automotive Management (Bergisch Gladbach, Germany) modeled the maximum number of gasoline and diesel vehicles that could be tolerated in the Paris Agreement’s carbon emissions reduction target were to be met.

They calculated that to prevent global temperatures from rising above the 1,5°C threshold, no more than 315 million new diesel and gasoline vehicles can be sold worldwide.  They also projected the sales forecasts for combustion engine vehicles of the world’s leading carmakers: Japanese world leader Toyota, Germany’s Volkswagen Group, South Korea’s Hyundai/Kia, and the US’s General Motors.

According to the report, none of the four industry giants’ sales forecasts are compatible with the 1,5°C target. Moreover, if auto sales continue at the present rate, the industry will sell 712 million diesel and gasoline vehicles by 2040 – or an “overshoot” of 396 million cars.

The latest to announce its transition to electric vehicles, Toyota, has the “worst” performance of the four manufacturers surveyed, as it expects to oversell between 55 and 71 million vehicles, Greenpeace said.

Environmental campaigners question the responsibility of companies for their carbon footprint, not only considering their energy needs during production, but also the emissions of their products once on the market.

According to this calculation, manufacturers of internal combustion vehicles remain among the world’s biggest polluters, with the transport sector in general accounting for about a quarter of all current greenhouse gas emissions, with half of these coming from passenger cars.

The EU did reach an agreement in late October to ban the sale of combustion-powered cars in the EU from 2035, but in the rest of the world, few countries have made such commitments.

On the other hand, US president Joe Biden did sign an executive order last year calling for the government to try to ensure that half of all vehicles sold in the US be electric by 2030. The state of California has also adopted a measure to phase out new ICE cars by 2035.

In China, the biggest EV market, 20% of new car sales will be electric vehicles by 2025. But in general, the car industry retains many markets for combustion-powered cars for a long time to come.

Electrified cars represent one-third of the new car market in Europe. In the past, EU Internal Market Commissioner Thierry Breton already asked European carmakers to continue manufacturing combustion engine cars despite their ban in the EU from 2035.

“Even if Europe bans the sale of internal combustion engines, other countries worldwide will continue to use them,” said Breton. The French commissioner stated that in Africa, only 12% of new car sales would be all-electric by 2030, while projections for the US and India are 40% by that date.

The French Minister of Transportation, Clément Beaune, also pleads for a review clause in 2026 to readdress the end of the combustion engine in Europe by 2035. Major EU countries like Italy and Germany also support more lenient targets.

In Europe, air pollution from road transport is responsible for about 70 000 premature deaths annually.

VW has its doubts

In a reaction to the American technology news website The Verge, a spokesperson for VW pointed to the 52-billion-euros investment in electric vehicles and infrastructure the company has planned to be carbon neutral by 2050. However, he also questioned the report’s conclusions, noting that it was impossible to verify its accuracy, partly because the study starts from general market estimates on the conclusions of the report.

In January, the Volkswagen Group announced that it reached its CO2 emission targets for 2021 and avoided being fined by the European authorities. According to provisional figures, the average CO2 emissions were reduced to 118,5 g/km for the whole fleet of new cars sold in the EU. That’s 2% less than the EU’s calculated legal limit for the Group.

The Group has advanced its deadline for an all-electric line-up in Europe to 2033.

According to the study, to meet the 1,5°C goal, leading automakers must transition to 100 percent BEV (Battery Electric Vehicle) sales by 2030. This must go hand in hand with expanding the required charging infrastructure and generating renewable electricity to charge EV batteries.