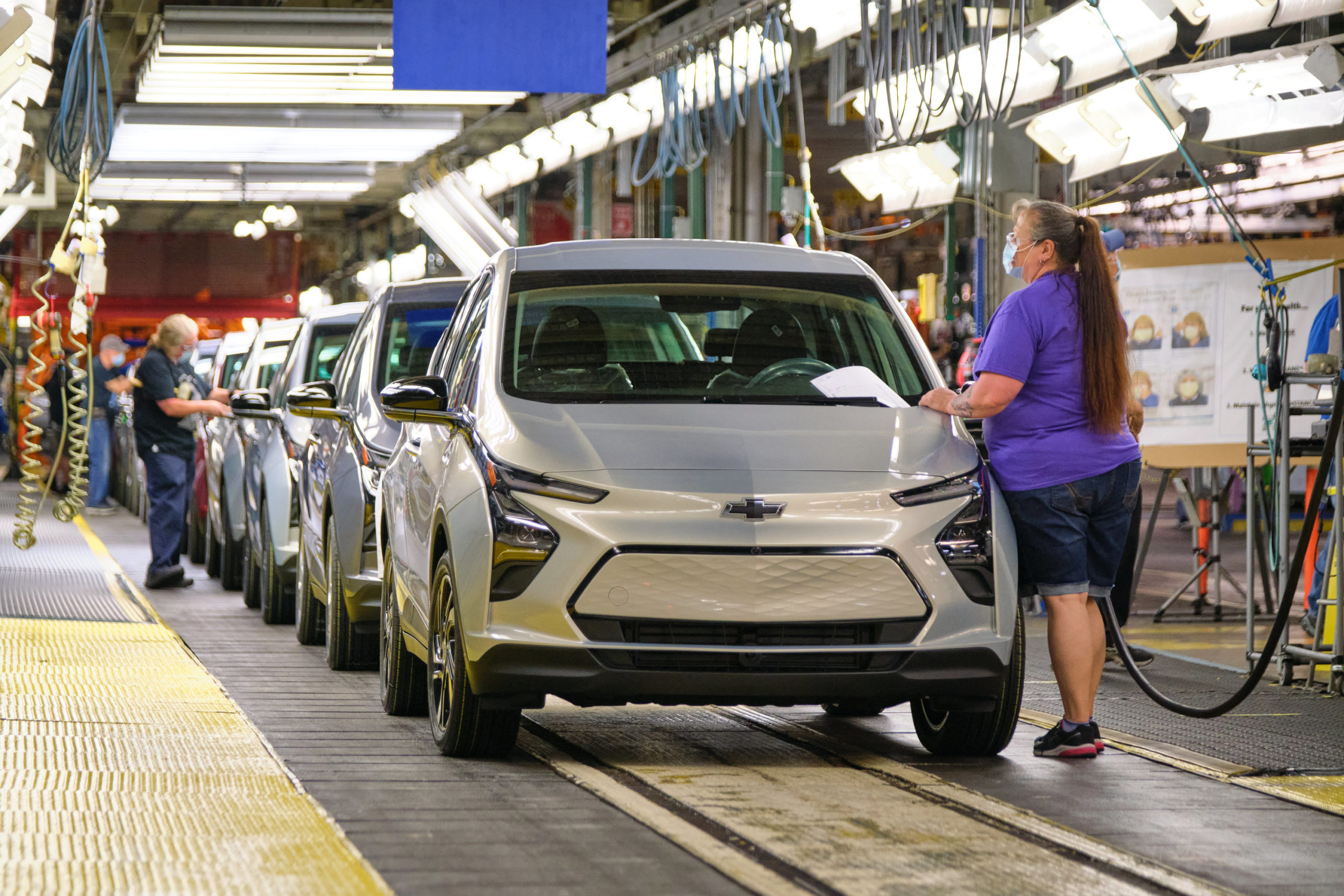 For its next-generation of Ultium batteries, General Motors wants to drive costs down by 40% /GM

Over three years, the American carmaker General Motors will be as profitable on its EV portfolio as with its combustion-engined models. That’s what CEO Marry Barra told investors at a meeting. Tax incentives, the spreading of costs, and mining contracts are the main drivers.

“Solidly profitable” were the words used to describe the financial outlook for GM’s EV department by 2025. While the company currently is swallowing a loss on its battery-powered cars, like many start-ups in the field, Barra gave a clear scope for investors when she expects the situation to turn.

Backed by a product plan of 30 BEVs, including an affordable model co-developed with Honda, the automotive giant aims for 1 million electric vehicles at that time. This year sales will hoover around 44 000 units. Foremost, Barra’s roadmap toward profitability for its BEV branch must reassure investors, but it also puts the finger on how the company wants to reach its goals.

Previously, Marry Barra pledged that GM would sell more EVs in the US than Tesla. That goal has been confirmed by experts, who believe that the product portfolio expansion of electric models will lift both Ford and General Motors considerably in the medium run.

‘Able to get there’

At the investor’s day, General Motors’ Chief Financial Officer, Paul Jacobson, confirmed that ambition: “Our commitment is to lead the industry. We believe that with the infrastructure that we put in place and the vehicles that you’ll see today, we’ll be able to get there.” By the decade’s end, turnover at GM should double as it was in 2021.

Dragging the EV department out of the losses comes with a bit of help from Washington and critical mining deals. Especially the latter is lending General Motors some tailwind compared to its main rivals.

When the tax credits from Biden’s protectionist Inflatory Reduction Act, which can mount up to 7 500 dollars and favor North-American production of EVs and parts, apply, the carmaker expects margin profits to rise with it. Moreover, it will allow GM to spread costs over more models.

But there’s more to the plan than government aid. General Motors is deepening partnerships with suppliers more than average to meet the break-even point. According to Jacobson, securing the provision of lithium and other critical minerals “are going to allow us to bring costs down on materials”. He expects that it aims to lower the next generation Ultium batteries’ battery cost by 40%.

A few days ago, the carmaker made public that it had struck a deal with the Canadian raw materials handler Vale, securing quantities of nickel for the cathodes of its batteries mounting up to 350 000 cars per year. Together with the South-Korean company Posco Chemical, it will construct a factory on-site to process the nickel directly into cathode material.