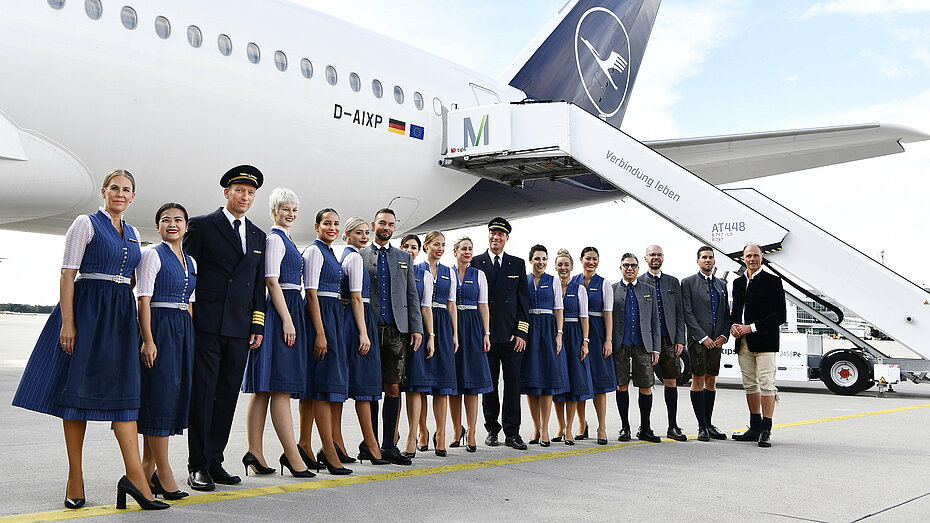 Europe’s largest airline group Lufthansa has launched a campaign to recruit 20 000 employees in Europe. According to the group’s statement, Lufthansa will recruit these new employees in 45 professions at its site in Germany, Austria, Switzerland, and Belgium. In particular, technicians, IT specialists, lawyers, pilots, and cabin crew are being sought.

The campaign comes when the airline industry is experiencing a solid recovery in air traffic and labor shortages after cuts due to the corona crisis.

“To be at the forefront of the industry, we need motivated and dedicated staff for a range of tasks and challenges,” Lufthansa chief of staff Michael Niggemann said in a statement. To carry out these recruitments, the carrier will launch a communication campaign “in the press, on the radio, online, and on all social networks” to reach candidates.

The German company cut 30 000 jobs between 2020 and 2021 because of the health crisis. Last summer, it faced strikes due to dissatisfaction with staff shortages and pay. However, the group, owning Austrian, Swiss, Eurowings, and Brussels Airlines, is doing better. Lufthansa is benefiting from the strong recovery in air traffic in recent months and assured in November “to have left the pandemic behind”.

In mid-September, the German state sold all its remaining shares in Lufthansa, in which it has taken a 20% stake in 2020 as part of a 9-billion-euro rescue plan in response to the health crisis.

Brussels Airlines, a subsidiary of Lufthansa, plans to make 190 recruitments, confirms spokesperson Maaike Andries to press agency Belga. These include about 70 cabin crew members, about 20 pilots, about 30 new colleagues at the airport, about 30 at Maintenance & Engineering, and some 40 administrative positions such as sales, IT, marketing, and HR, among others.

“More than 300 new colleagues have already been recruited so far this year, but Brussels Airlines will thus start looking for another 190 new colleagues, which the company aims to have on board before the start of the summer,” the spokesperson said. The vacancies are part of growth plans, as, by mid-2023, the Belgian airline plans to expand with four new aircraft.