Halfway through its development cycle, Mercedes has started durability tests with the EQG. Though this battery-powered version embodies a new chapter in the vehicle’s bloodline, its hardcore mission won’t change.

If standards are already extraordinary for the regular G-Class, these will be even more demanding on the all-electric version. The battery pack must be capable of a similar wading depth, climbing angles, and dust resistance as the legacy model. The EQG will have even more offroad capabilities than before, the boss says.

There won’t be a shortage of available torque – always handy for the extra push on rough terrain – since four electric motors, located close to each wheel, will take care of the four-wheel drive. After doubts, Mercedes has decided to push forth the quad-drive solution, even though it admits that it is costly and very complex.

To the British car magazine Autocar, the boss of Mercedes G GmbH, Emmerich Schiller, justified the choice as “with two electric motors you have differential locks, which means a combination of electronic and mechanical systems. You don’t get the full performance in off-road conditions with three motors – one up front and two on the rear axle.”

Mercedes decided not to compromise on the legendary four-wheel drive system of the G-Class, which features three locking differentials on the combustion-engined model. The electric solution looks very promising, but it is indeed complex.

Each electric motor will feature two-stage gearing, acting as the classic gear reduction, which hardcore offroaders use to wade through the roughest of terrains.

In normal driving modes, for asphalt and optimizing range, the EQG will be driving in the second gearing, but for venturing offroad, it will switch to the first ones, which sacrifices higher speeds for more torque control. Schiller described it as “incredibly precise” and “we have even more possibilities offroad.”

Specific details on the output and other technical solutions haven’t been unveiled yet. But it is believed that the battery pack will be a hefty 100 kW providing ample range.

With charging infrastructure a considerable challenge in the outback, it is already known that the offroader will introduce a novelty silicon anode cell chemistry (Sila batteries), boosting energy density by 20 to 40%. It will be optional, however. The offroad part of the durability tests focuses on the range. “We’ve seen some incredible figures during testing,” admitted Schiller.

The zero-emission G doesn’t sit on a dedicated platform but builds upon a modified version of the ladder frame of the current W463. This technical basis, which has been transformed into a so-called skateboard, means Mercedes will build the EQG alongside the regular and AMG models in Graz, Austria, by subcontractor Magna. There will also be an AMG version of the EQG.

In the factory, the electric architecture will be assembled parallel to the one for combustion engines. Both lines will join at a point called ‘the marriage’, where chassis and bodywork meet. If the further development cycle goes according to plan, the model will arrive as of mid-2024.

The EQG is a figurehead for Mercedes’ dedication to bringing its heritage in line with its goal of offering only electric models as of 2030 (where market conditions allow). Its CEO, Ola Källenius, already said that the G-Class is the last Mercedes ever to be built. 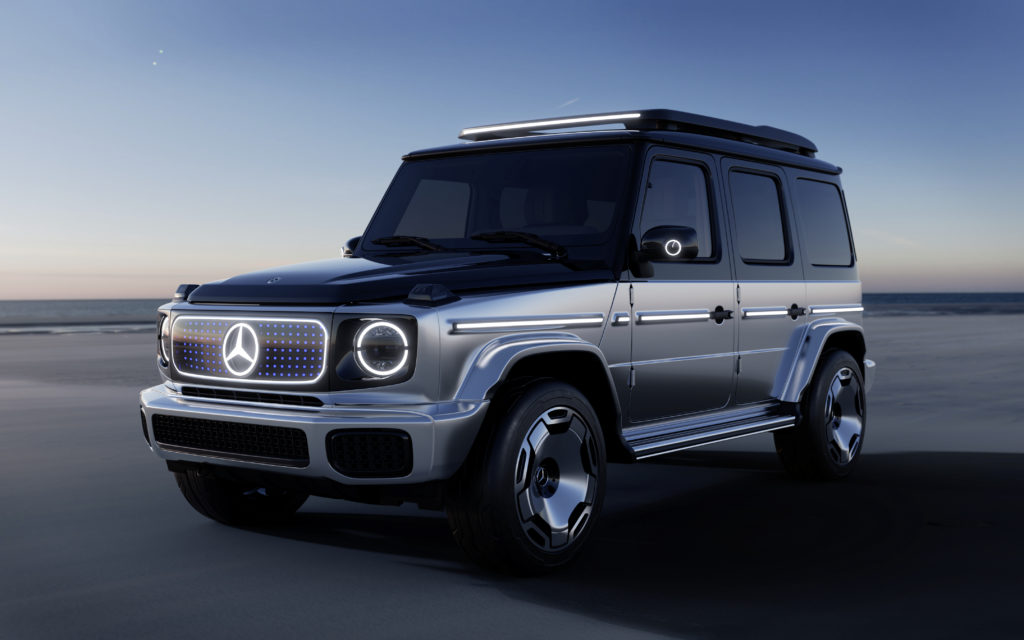